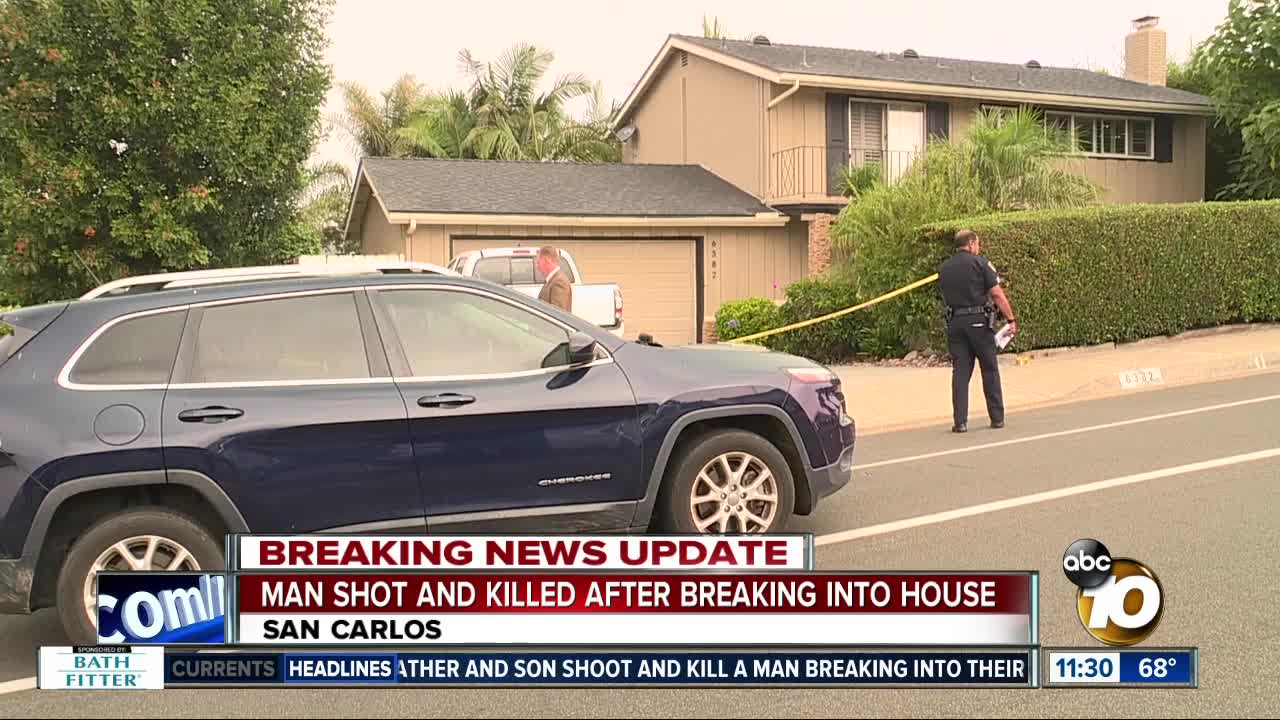 A man was taken to the hospital with stab wounds after a confrontation with a suspected burglar that ended with the alleged prowler dead. 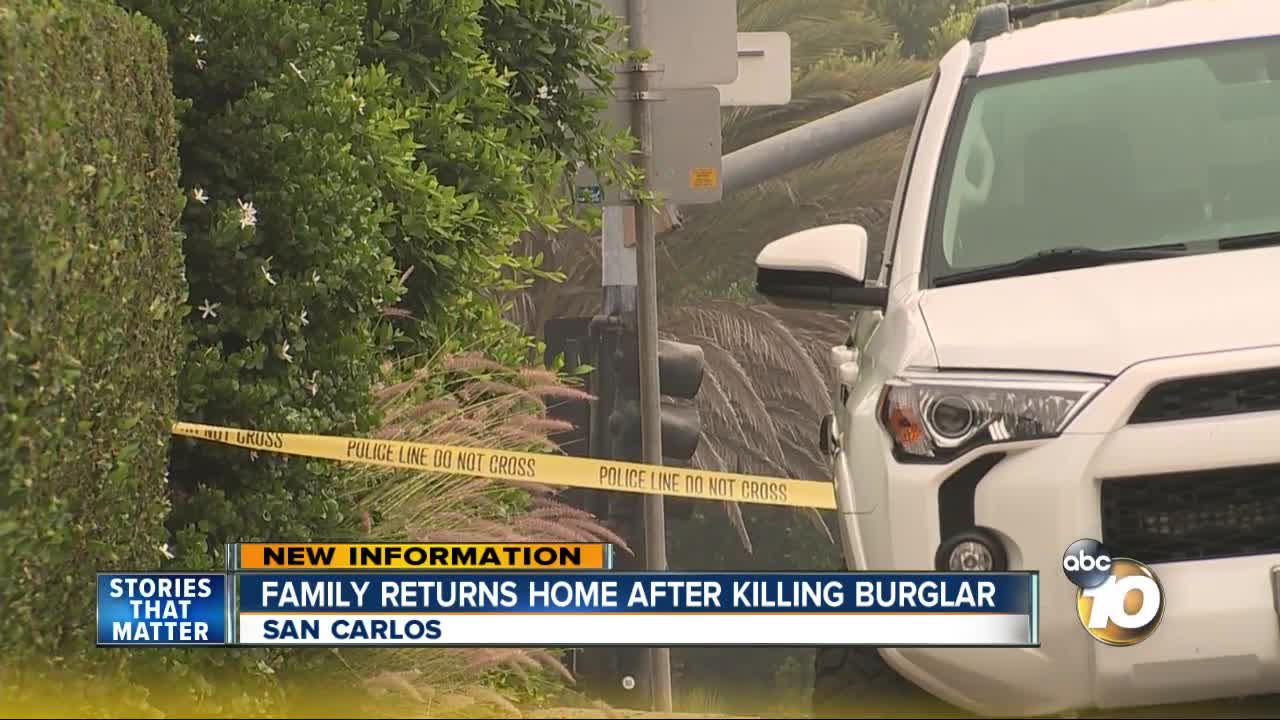 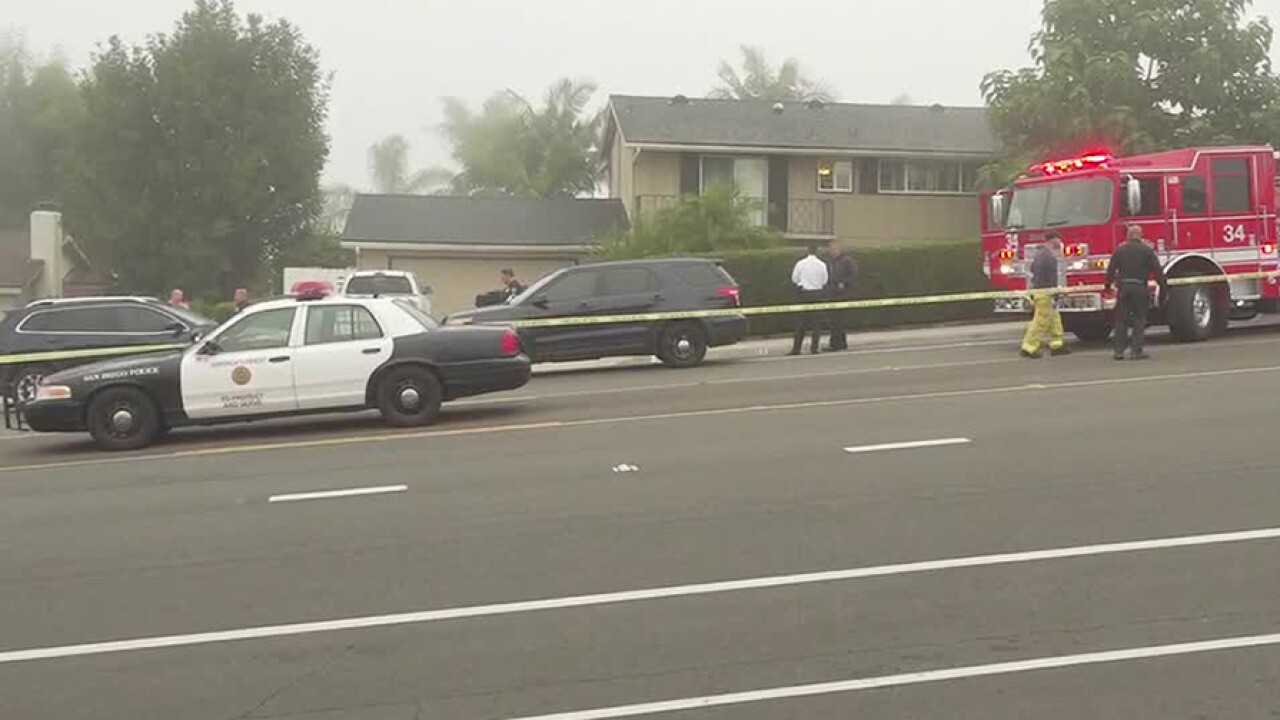 SAN DIEGO (KGTV) - A suspected burglar was shot to death and a homeowner was injured during a break-in at a San Carlos home Tuesday morning.

The incident was reported shortly before 6:30 a.m. at a home in the 6300 block of Lake Shore Drive, San Diego police said.

Police told 10News that a man suspected of breaking into the home was confronted by the homeowner and his son, and then an altercation ensued.

The suspected burglar fell into a swimming pool in the backyard and died, according to police.

The injured homeowner was taken to the hospital and is listed in stable condition.

The deceased man, injured homeowner and homeowner's son were not identified.