SAN DIEGO (KGTV) — In a scientific ABC 10News-San Diego Union-Tribune poll, San Diegans weighed in on a range of topics, from a potential governor race between former San Diego Mayor Kevin Faulconer and Gov. Gavin Newsom to the Capitol attack to their comfort with the coronavirus vaccine.

In a hypothetical question, San Diego County adults were divided between a potential Faulconer-Newsom race. About 38% said they would back the former San Diego mayor while 36% said they would vote for Newsom. Another 26% of those surveyed said they were undecided. 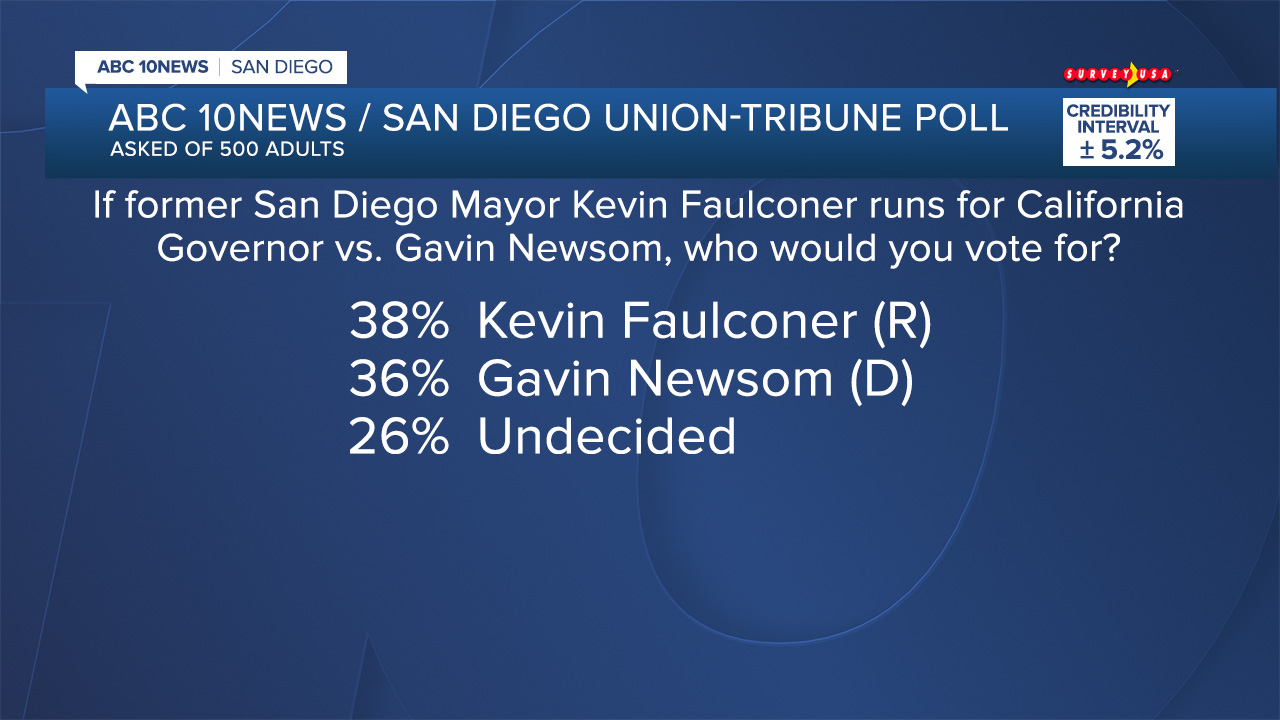 The coronavirus remains top of mind for San Diegans, especially as a vaccine is distributed across the country and state. About 35% of those surveyed said they believe the vaccine should be mandatory, while 56% say it should be optional.

When a vaccine is ready for children under 16, 65% of respondents said they will get their child vaccinated while 13% said they wouldn't. With a new strain of the coronavirus now in the public, 60% said they are very concerned about the virus, while 28% are somewhat concerned. Another 7% said they're not very concerned with the virus. 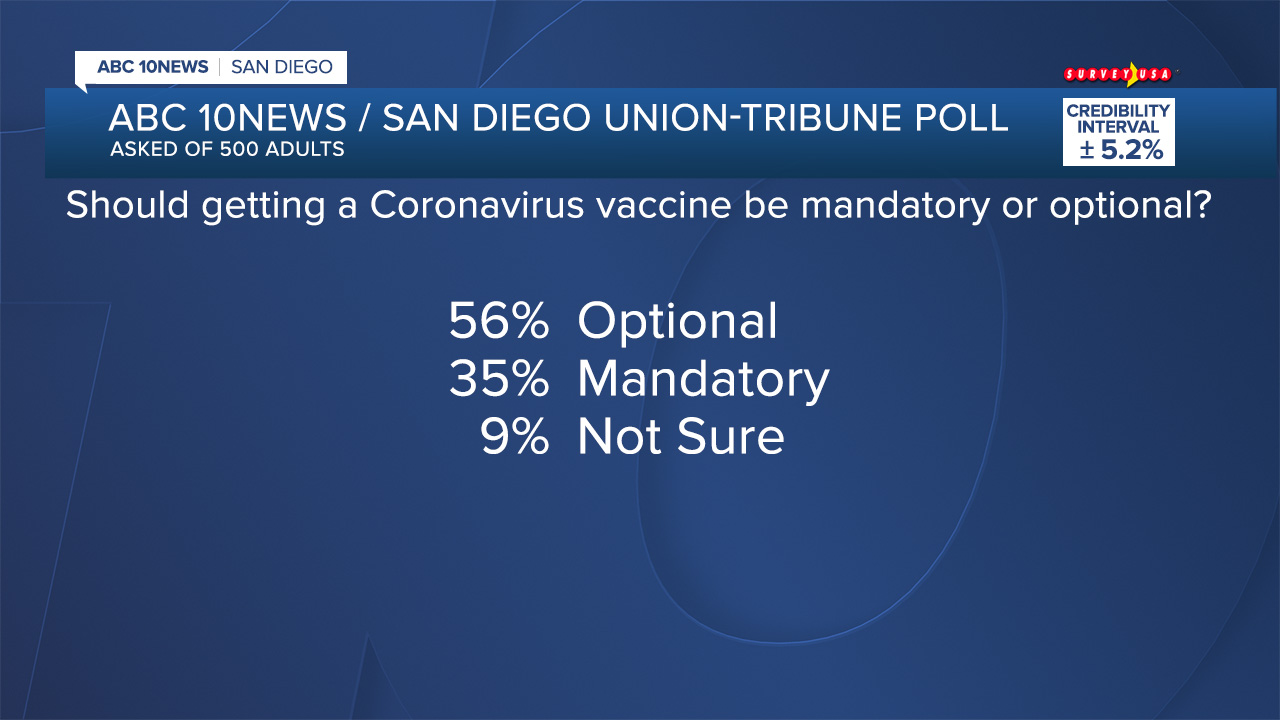 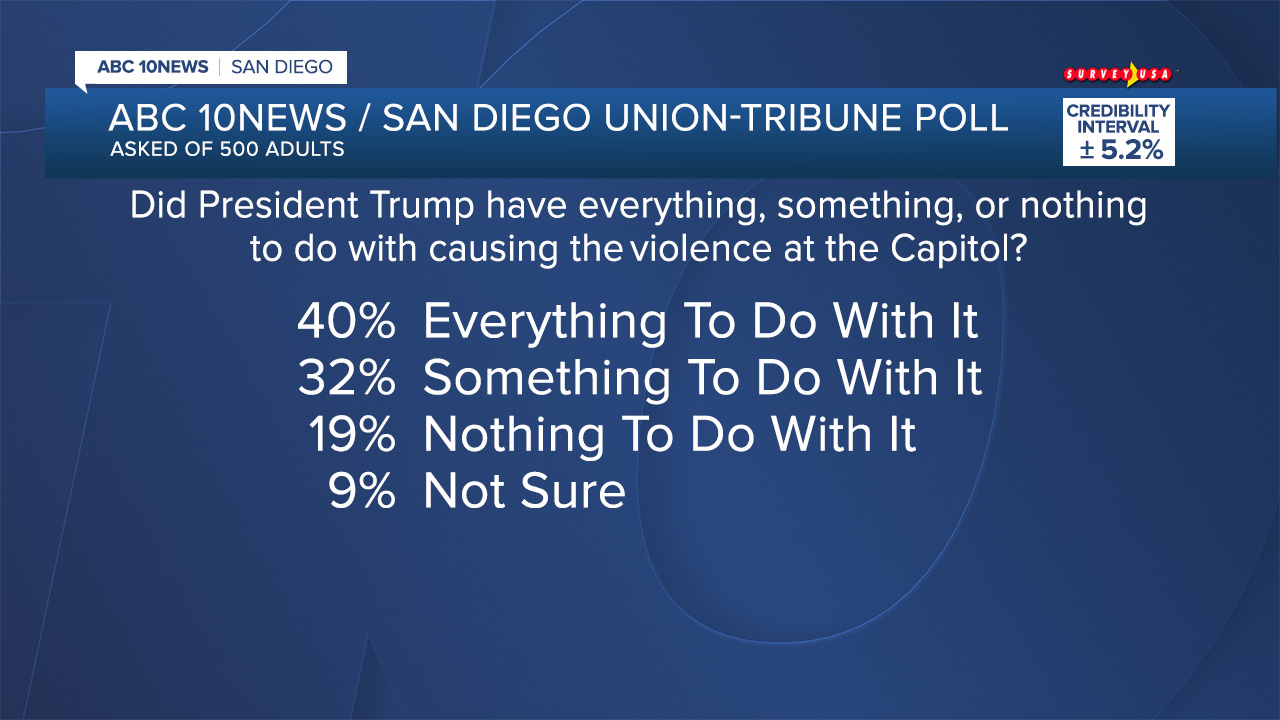 As his presidency ends, 55% say President Trump has committed a high crime or misdemeanor while in office, while 27% said he hasn't. About 63% of those surveyed disagreed with President Trump and believe President-elect Joe Biden won the 2020 election "fair and square," while 23% of San Diegans say he was "helped across the finish line."

See more results from the survey below: 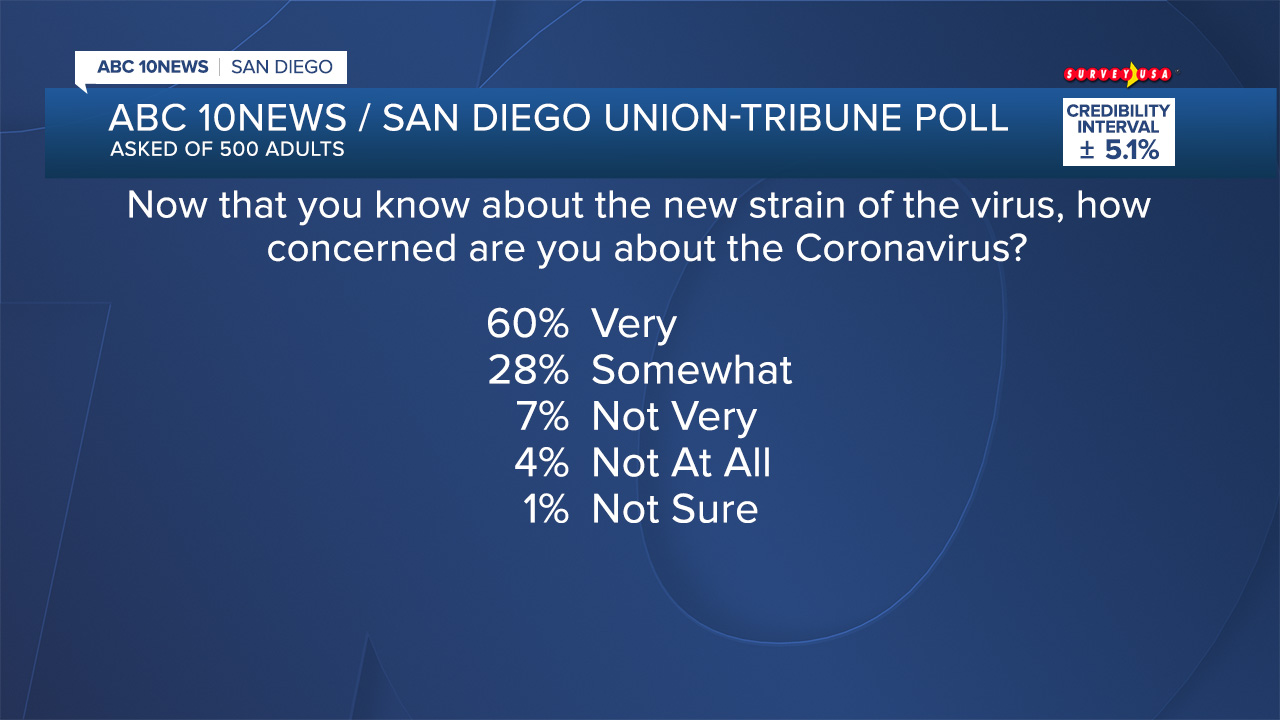 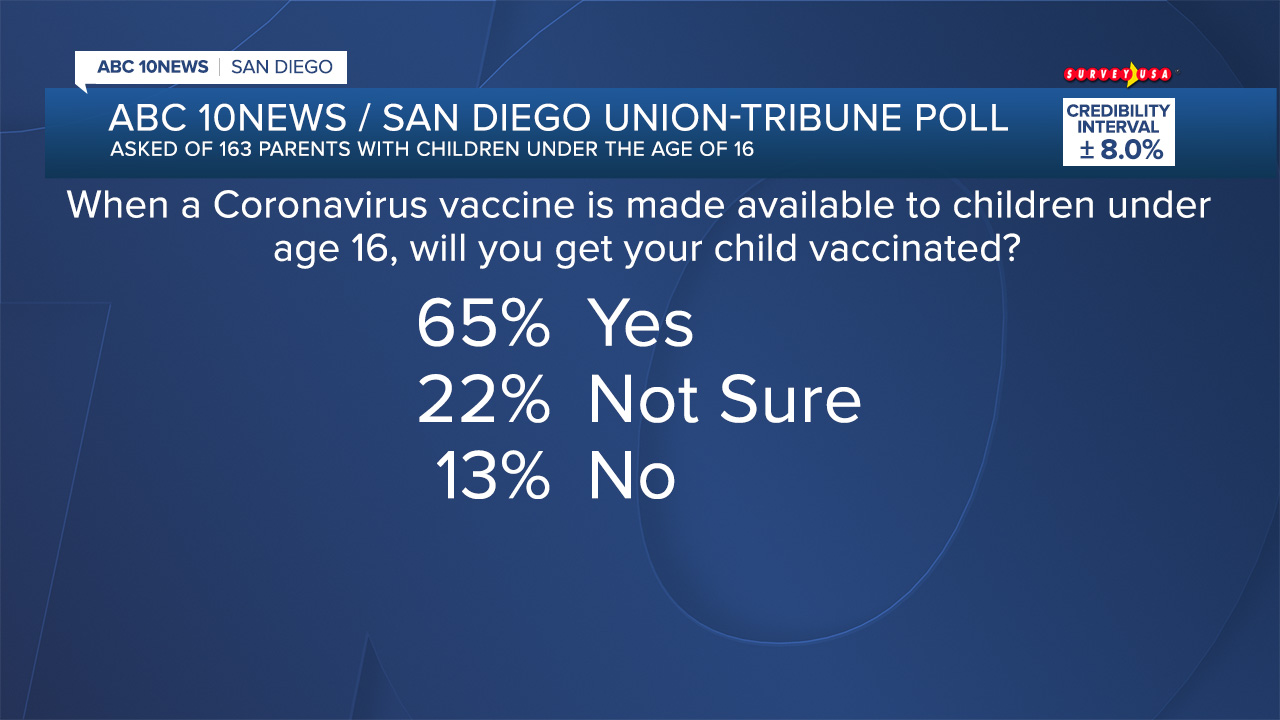 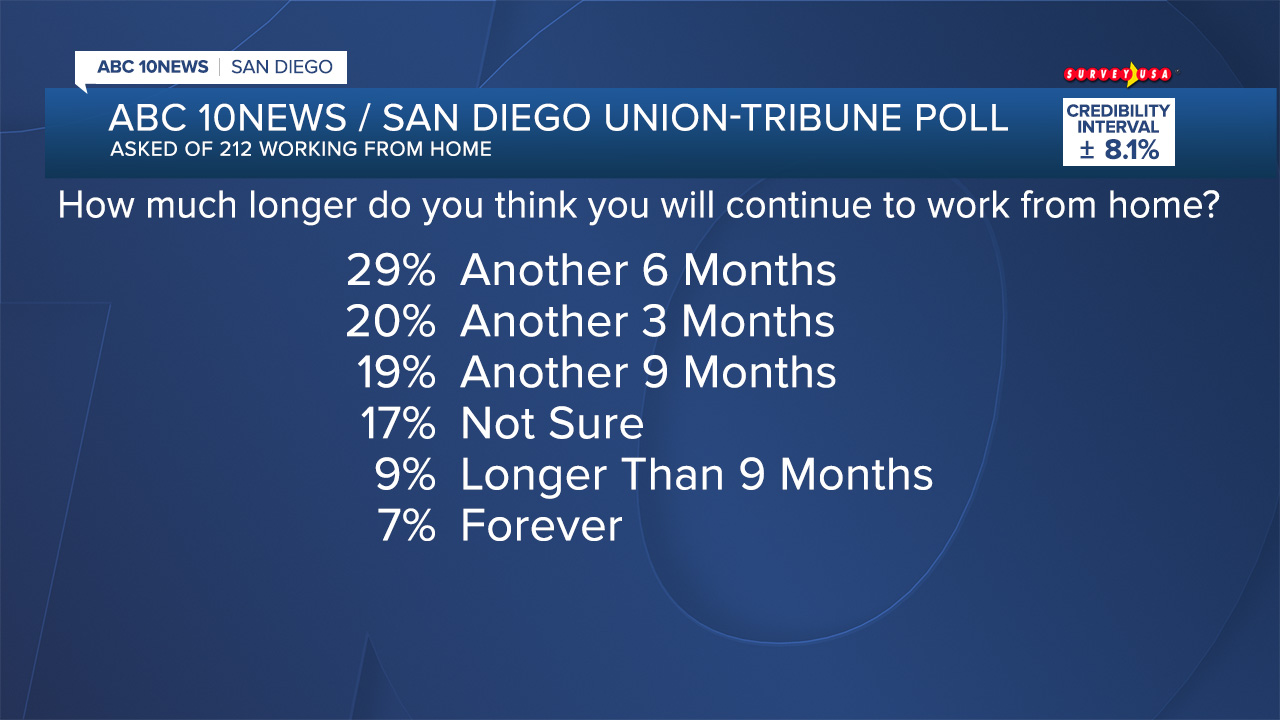 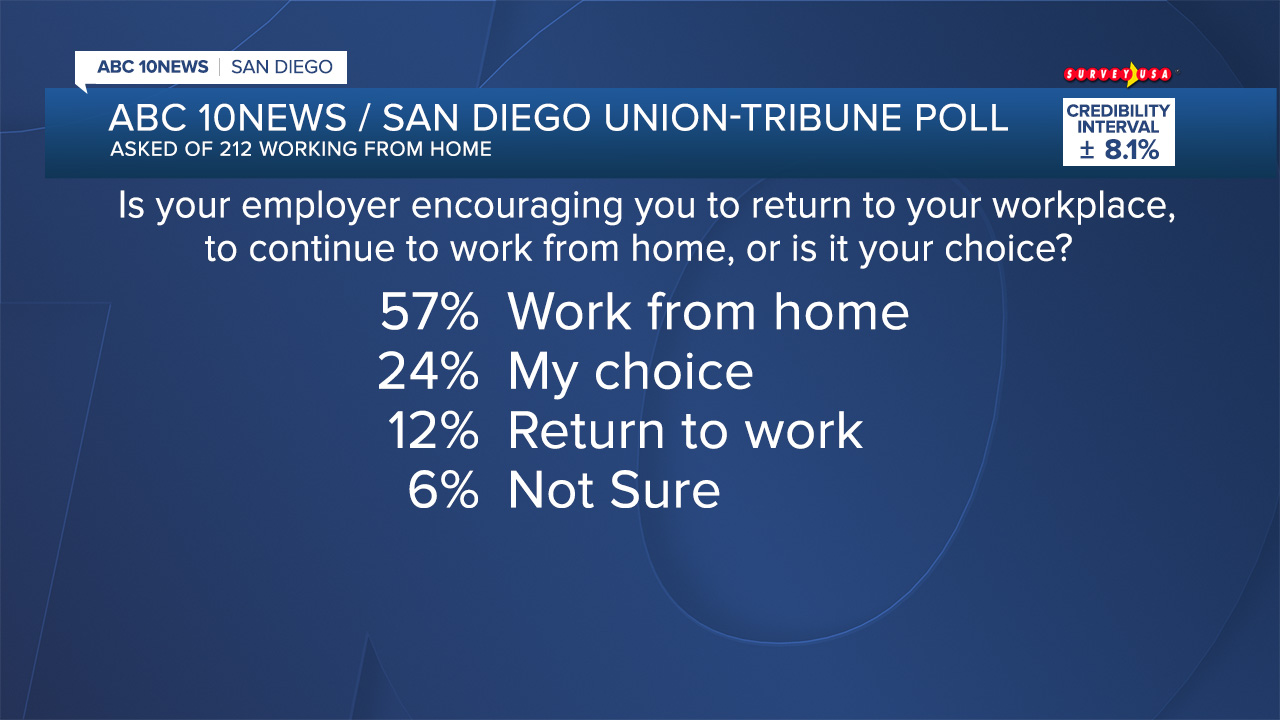 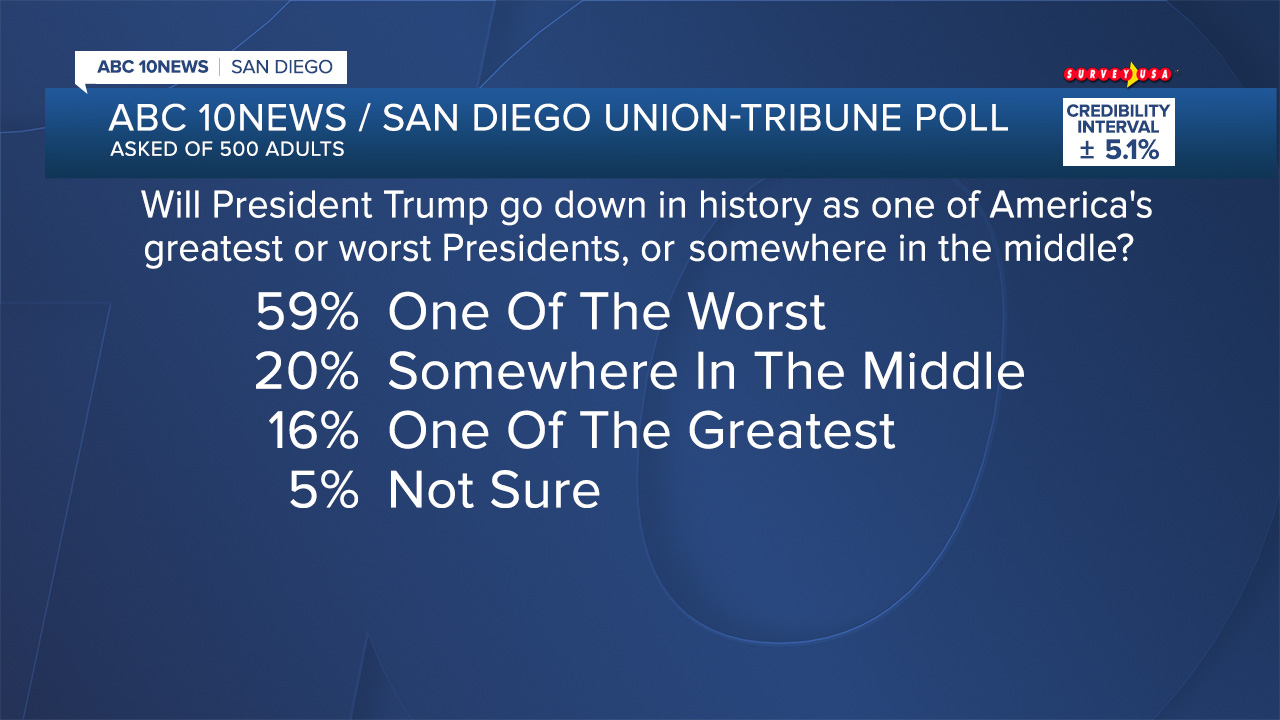 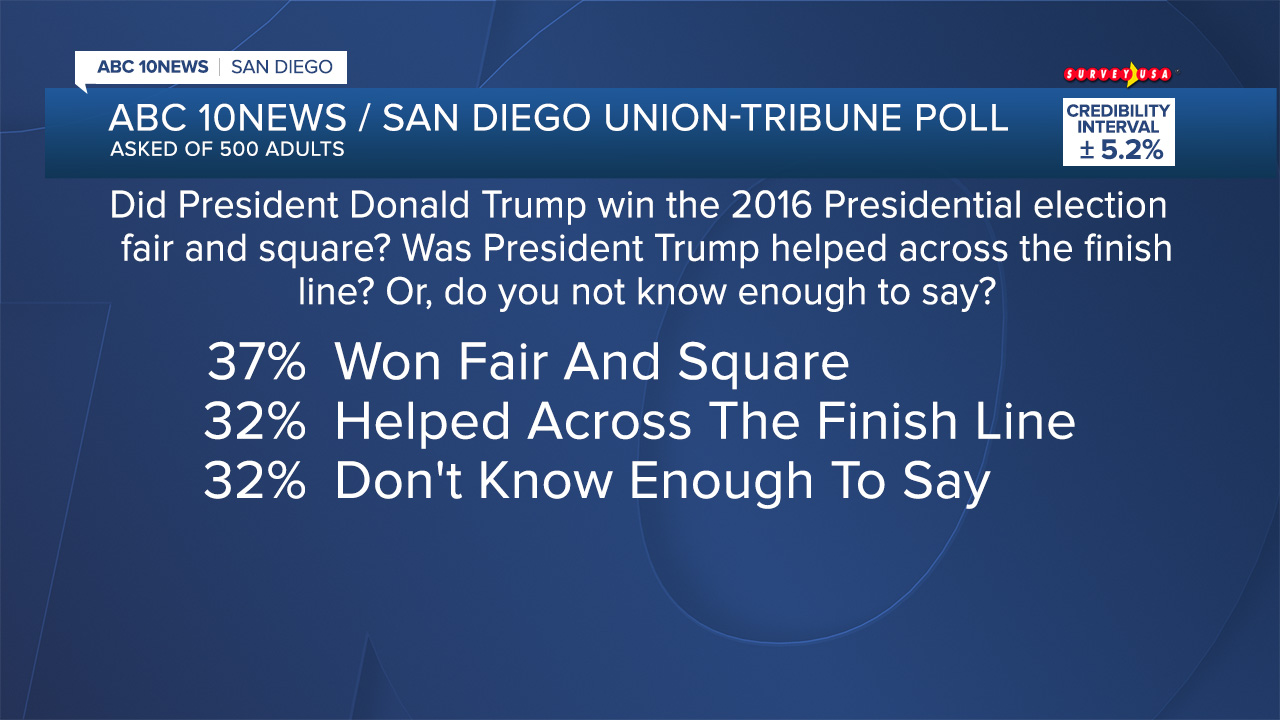 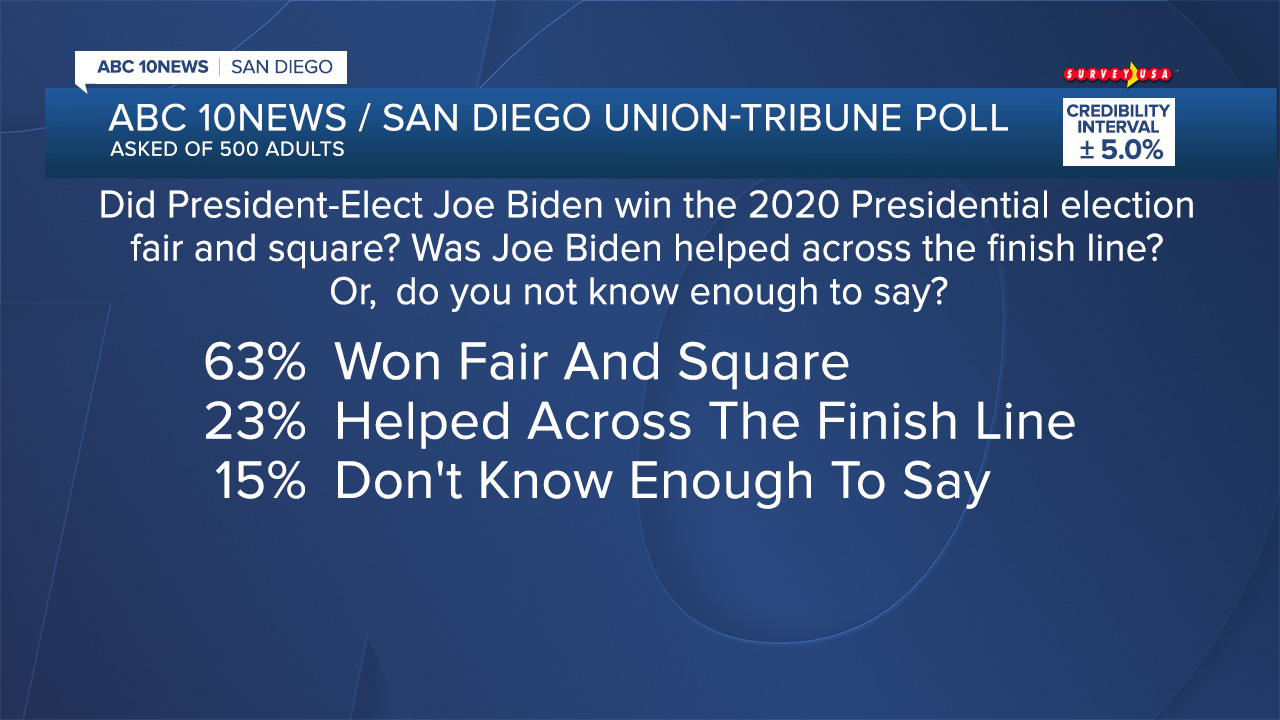 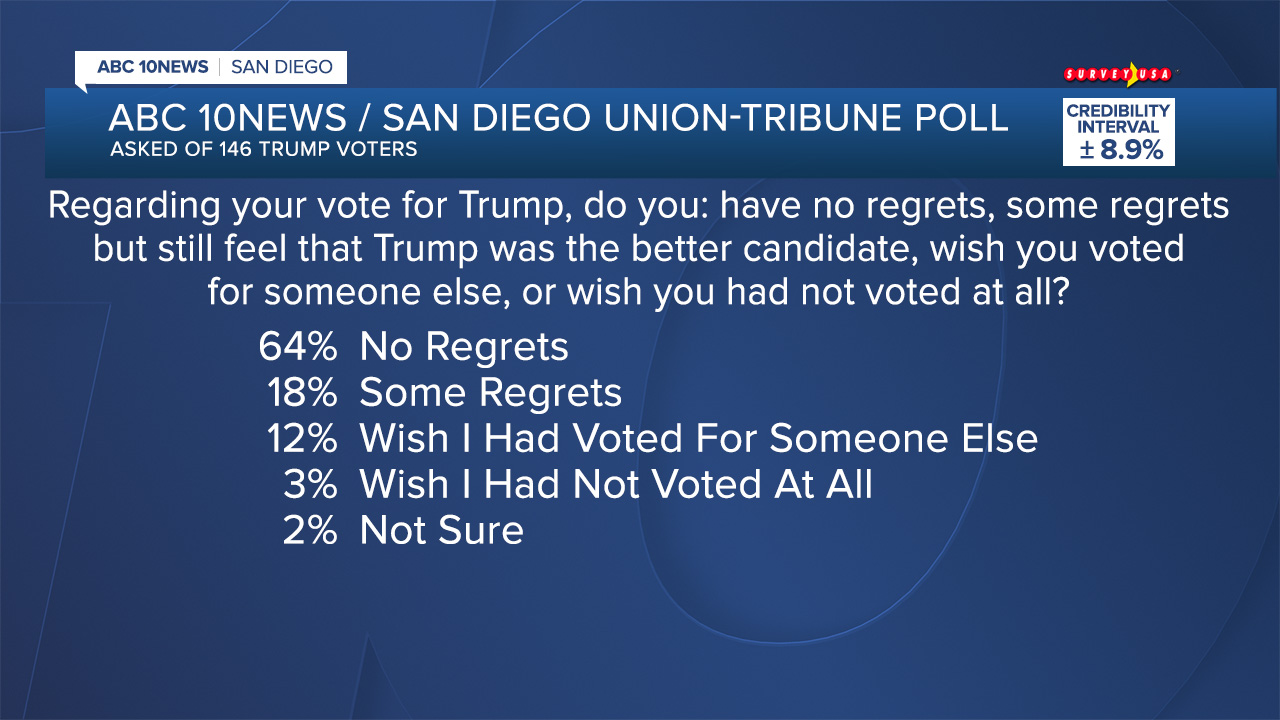 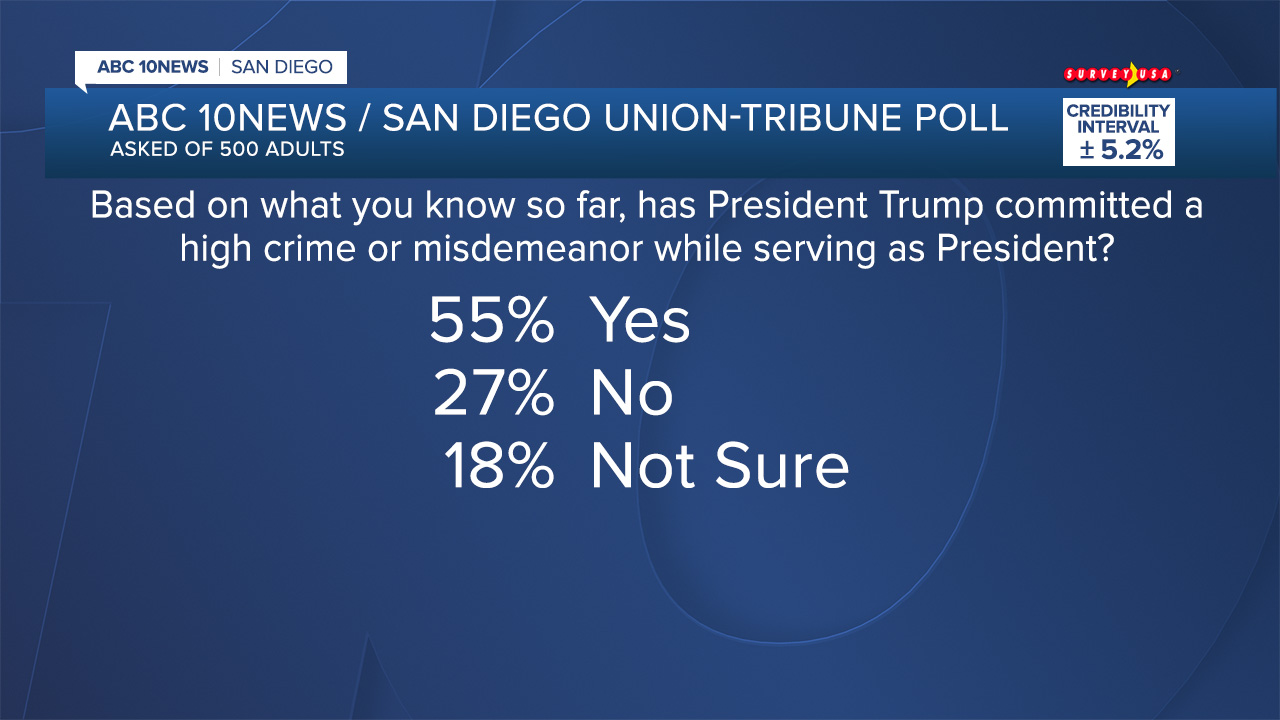 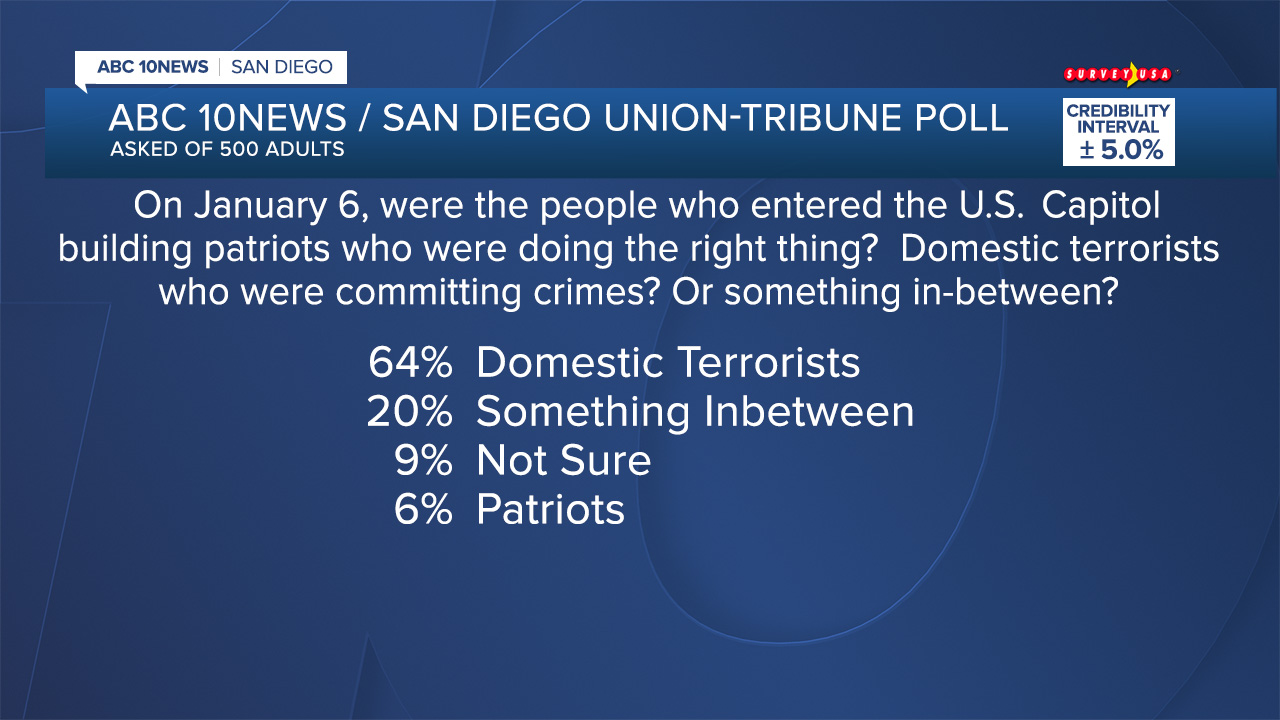 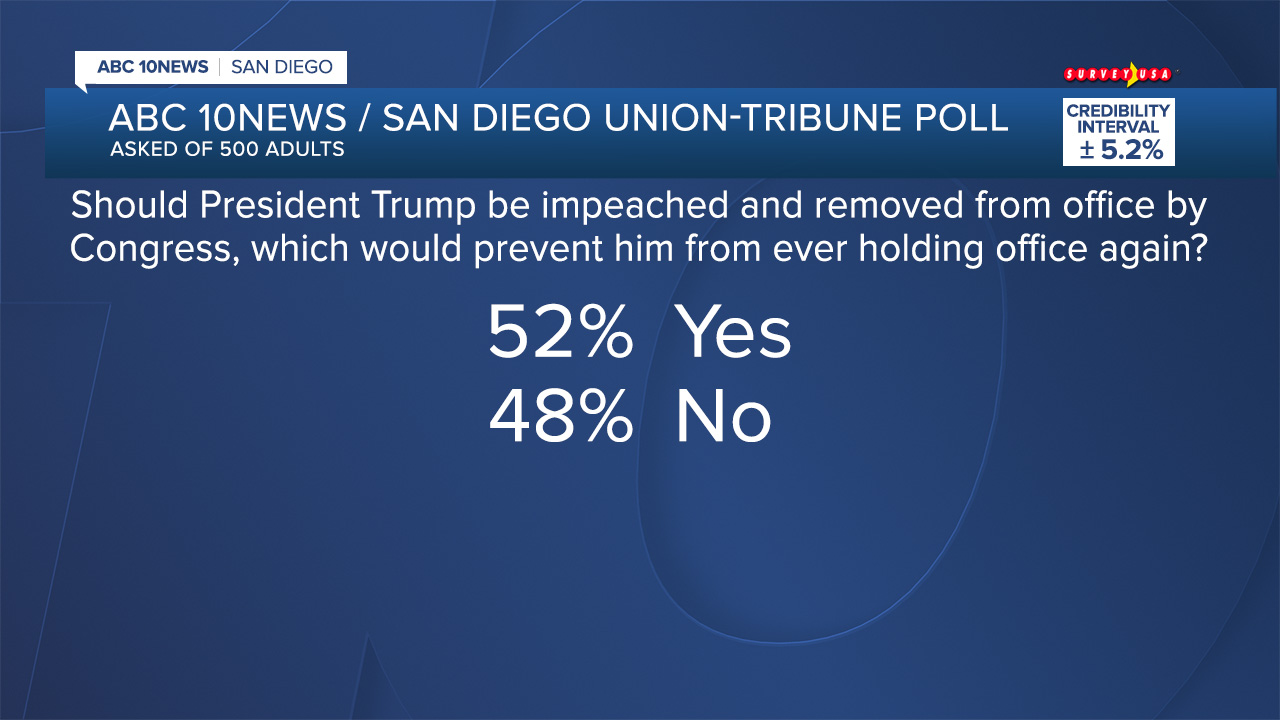 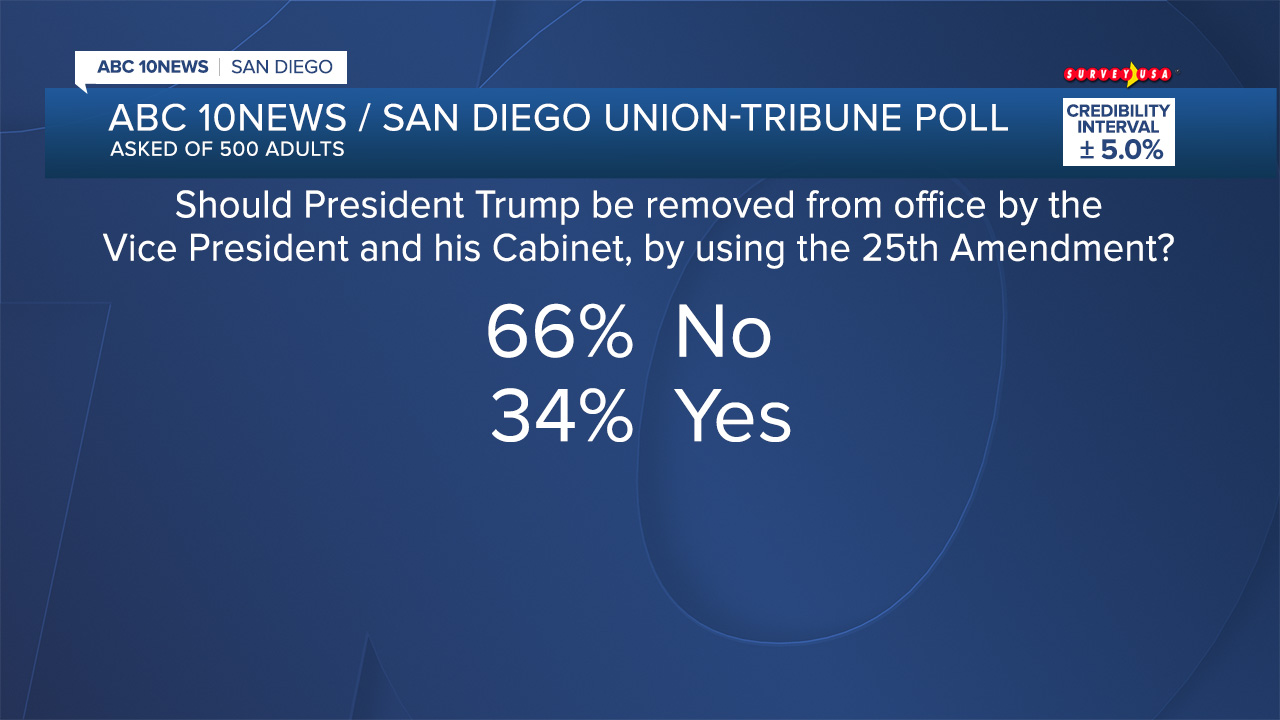 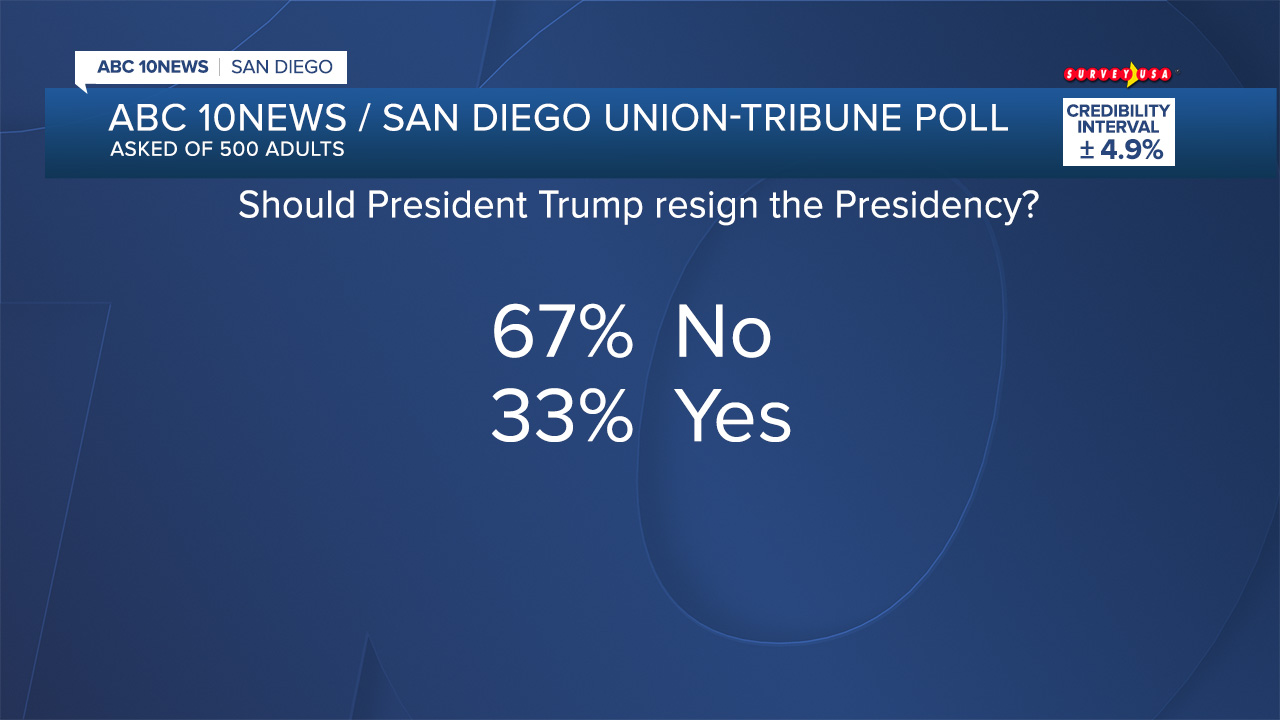 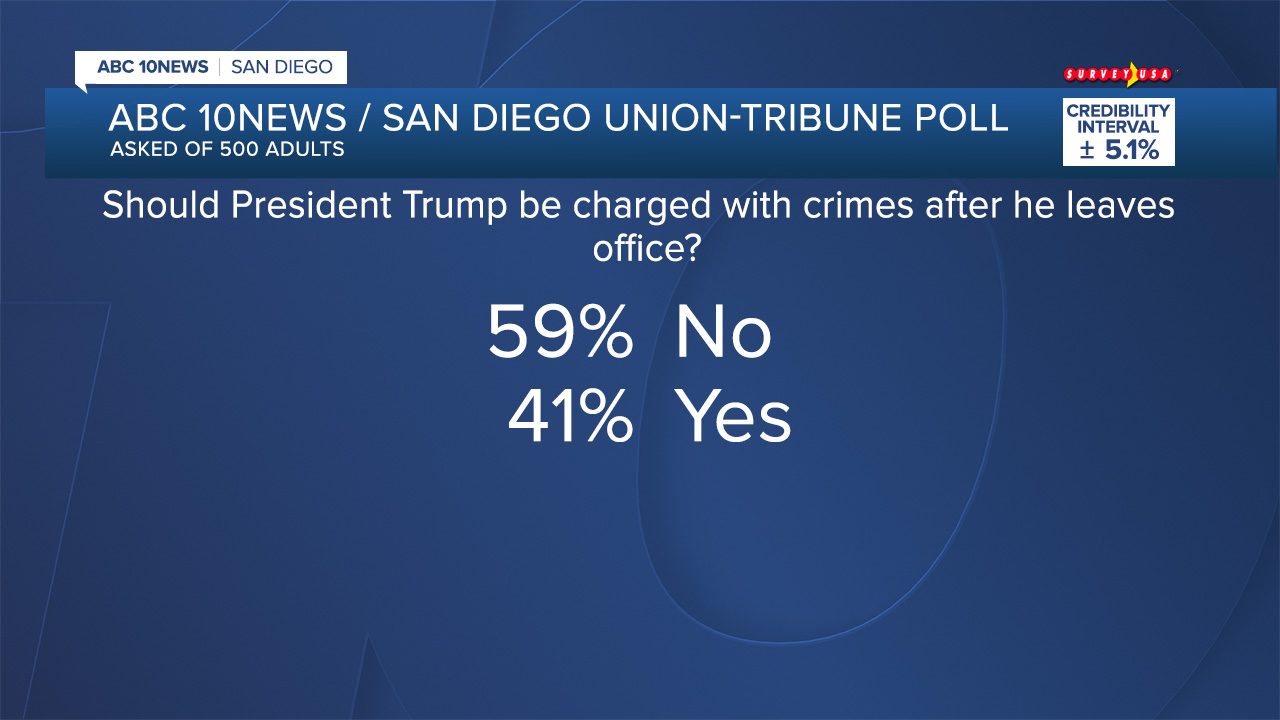 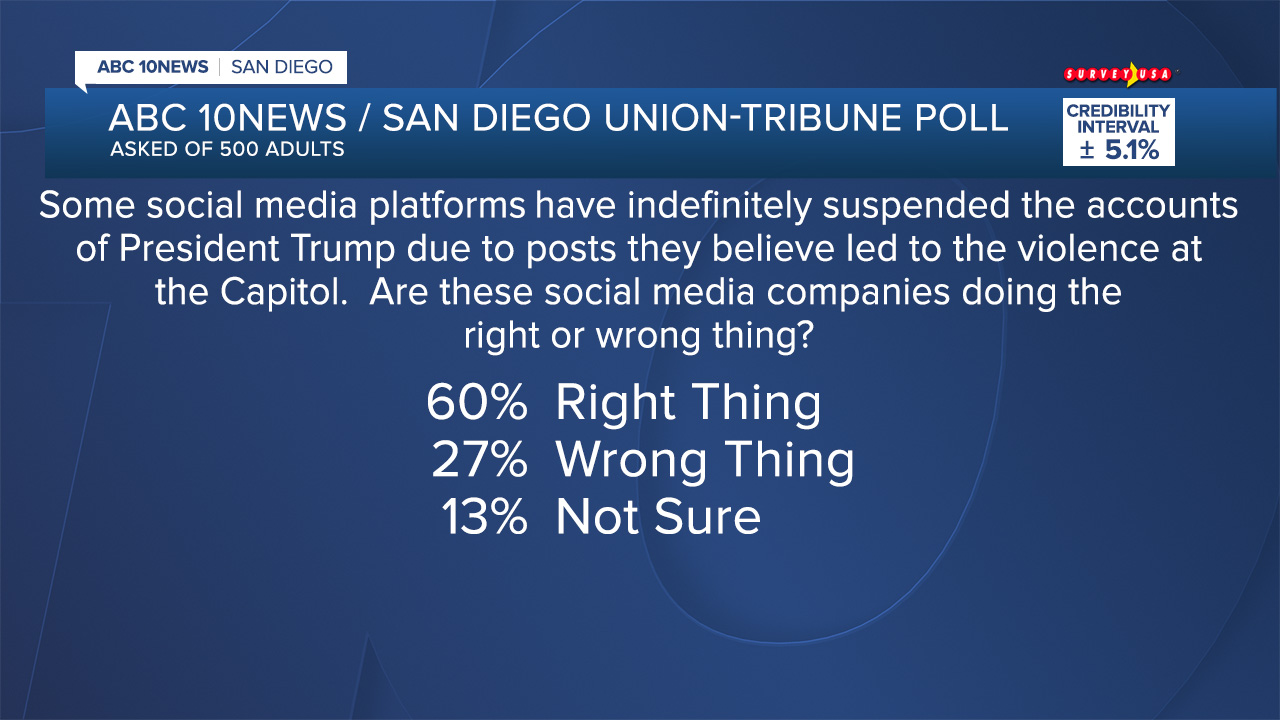 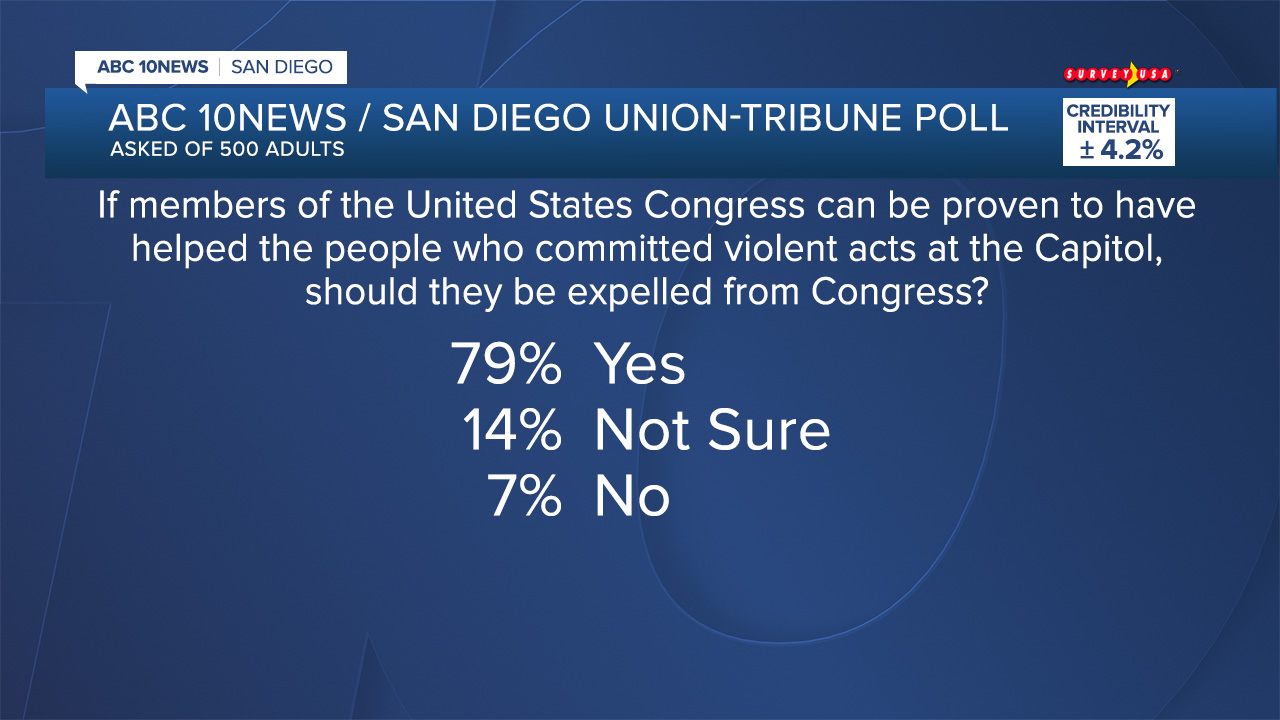 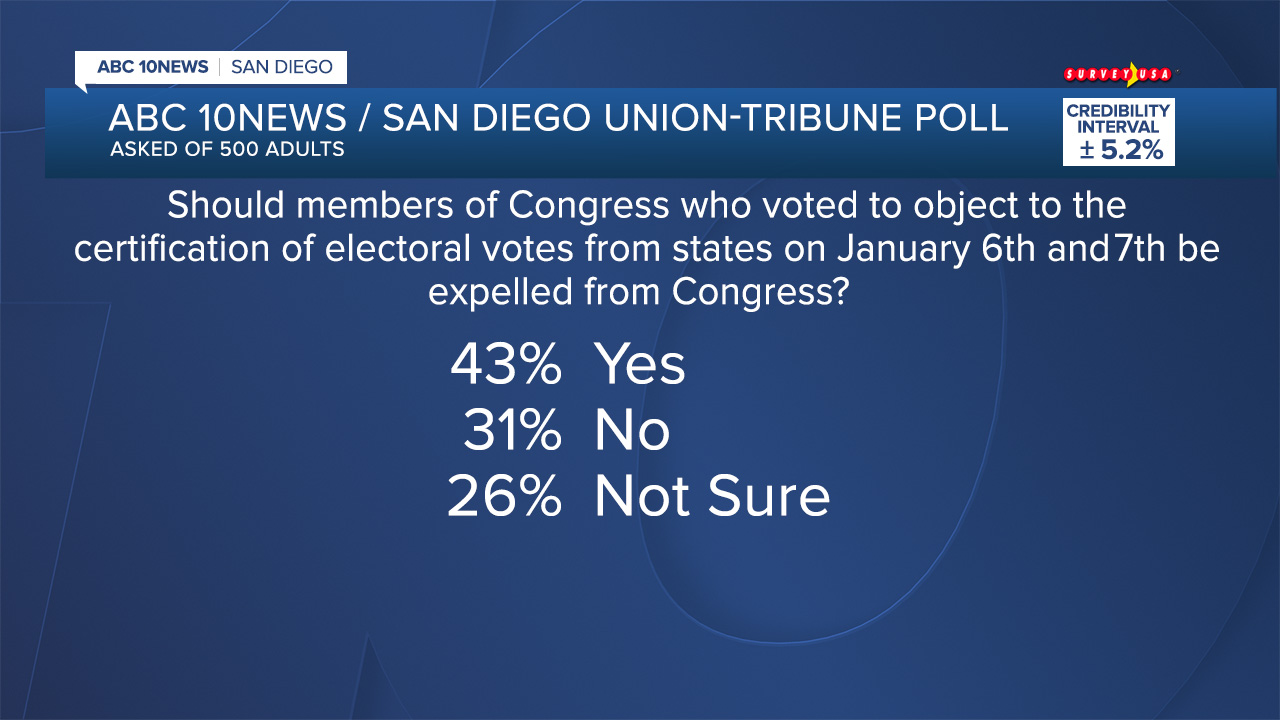