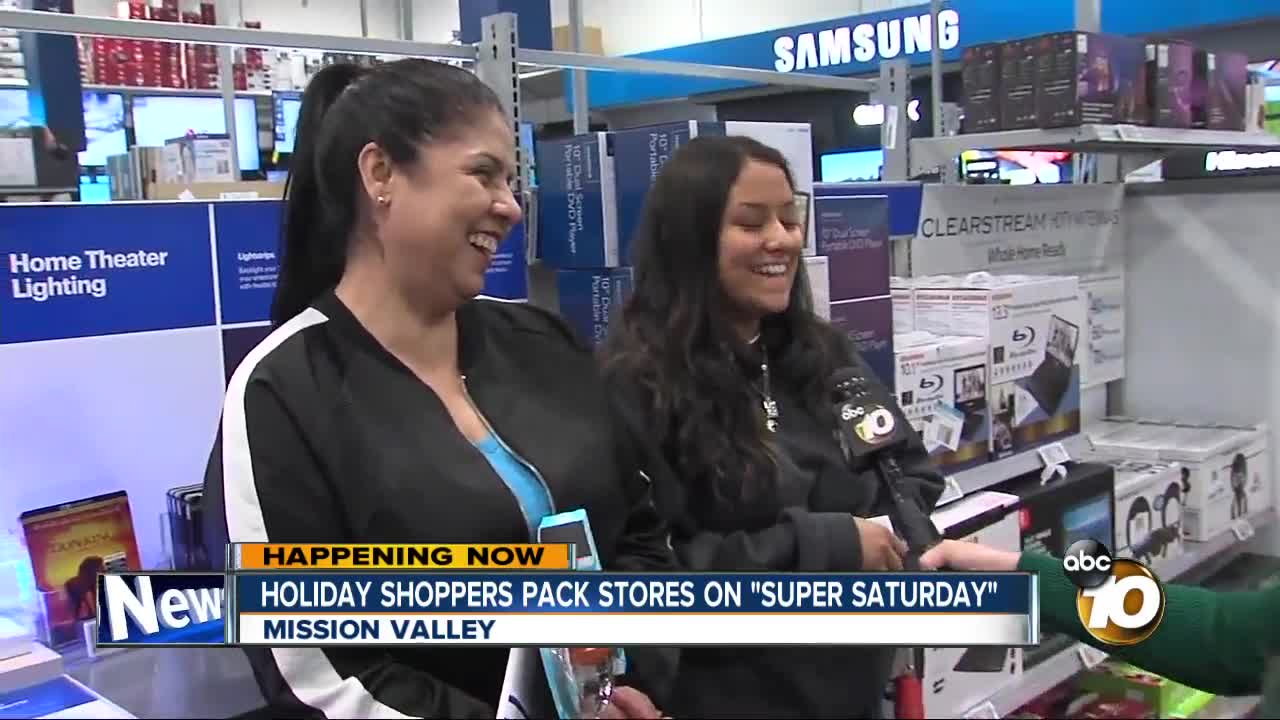 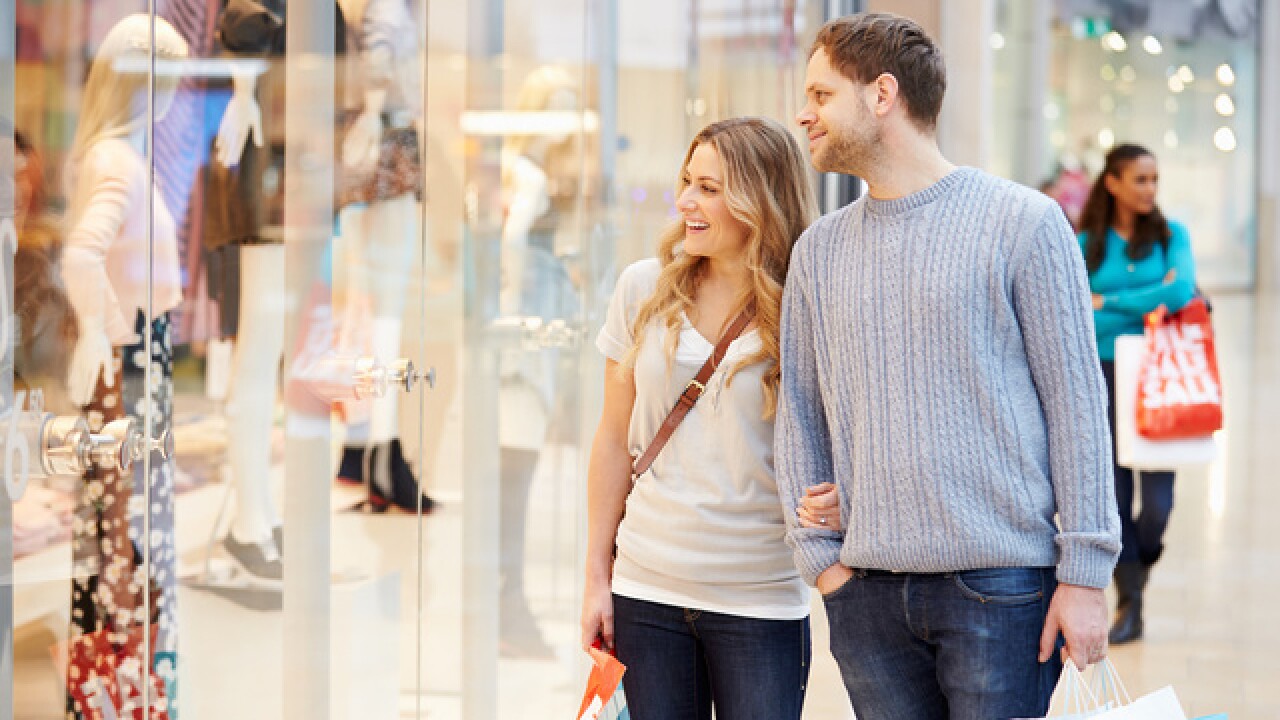 SAN DIEGO (KGTV) - Super Saturday is set to eclipse Black Friday in sheer numbers, according to the National Retail Federation.

The NRF says an "estimated 147.8 million U.S. consumers [are] expected to participate, up from 134.3 million last year, according to the annual survey released today."

This includes both in-store and online shopping.

This year had the shortest shopping window between Thanksgiving and Christmas, leaving shoppers nervous.

Jessica Ramirez said she was so busy working she could only start shopping Saturday. She said the family had been to a few stores that day and she will get as much done as possible in the final countdown before Christmas.

Dana Giusti was eating a candy cane while she shopped in Best Buy, saying her sugar fix was staving off anxiety about finishing up Christmas shopping and wrapping all the presents for her family.

In Mission Valley, the Target parking lot was filled with lines of cars.

Families had different plans of attack to tackle their lists. Some shopped online and picked up curbside, while others braved the crowds inside.

"NRF defines the holiday season as November 1 through December 31 and has forecast that sales will total between $727.9 and $730.7 billion. Consumers expect to spend an average $1,047.83 – including purchases made earlier – for an increase of 4 percent over last year, according to an earlier NRF survey.
Today’s survey of 7,779 adult consumers was conducted November 27 through December 5 and has a margin of error of plus or minus 1.2 percentage points."