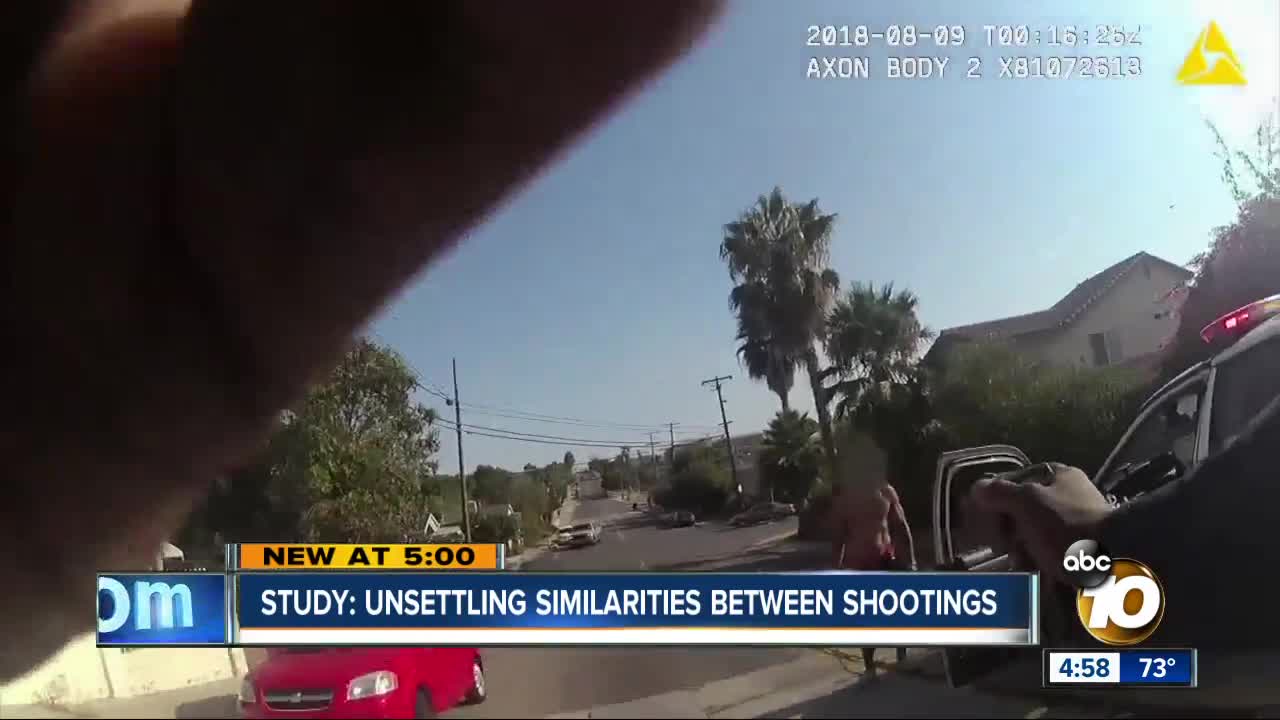 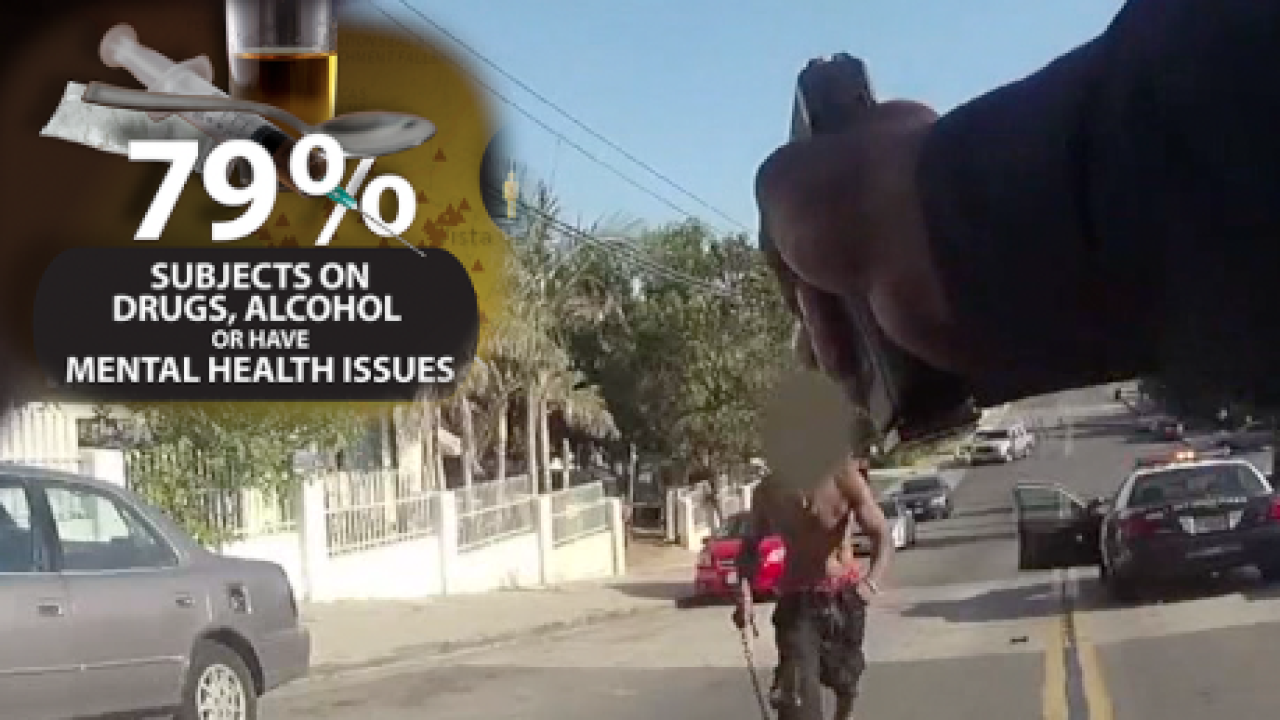 The study is said to be one of the most comprehensive of its kind released in the country.

10News spoke to District Attorney, Summer Stephan at her office in Downtown San Diego. Her office is responsible for investigating all officer-involved shootings in the county.

"We look at those reports with an eye as to whether there is criminal liability," Stephan said.

Some notable statistics of the newly released study include:
-Between 1993 - 2017, there were 451 officer-involved shootings in San Diego County (55% were fatal)
-64% of shootings happened within 5 minutes of an officer arriving at the scene
-79% of shootings involved a person who had drugs/alcohol in their system or had mental health issues
-92% of subjects were armed with a weapon
-There are an average of 18 officer-involved shootings per year
-Most shootings occurred after traffic stops and domestic violence incidents
-Most shootings happened at an alley/street
-Most frequent time of day for a deadly encounter was the midnight hour on Fridays

Armed with these new stats, Stephan's office is working with local agencies to reduce these shootings. She said it begins with re-training officers and dispatchers, but also teaching citizens how to call 911.

"What information is dispatch getting, to tell the officers about the individual's mental health condition, their delusions or history of violence or substance abuse?" Stephan said.

The DA's office has already started to pass out 911 cards at community events. The card has a mental evaluation checklist when for when citizens call for help.

They are also re-training dispatchers to recognize certain situations and ask the right questions so that they can relay accurate information to field officers. Officers are also getting additional crisis management and de-escalating tools to help them reduce the speed in which they react, or use non-lethal force.

The idea: Knowledge is power. The goal: Create a safer world.

"If we can drive our solutions through transparency and through accurate data, then we are all better off," Stephan said.