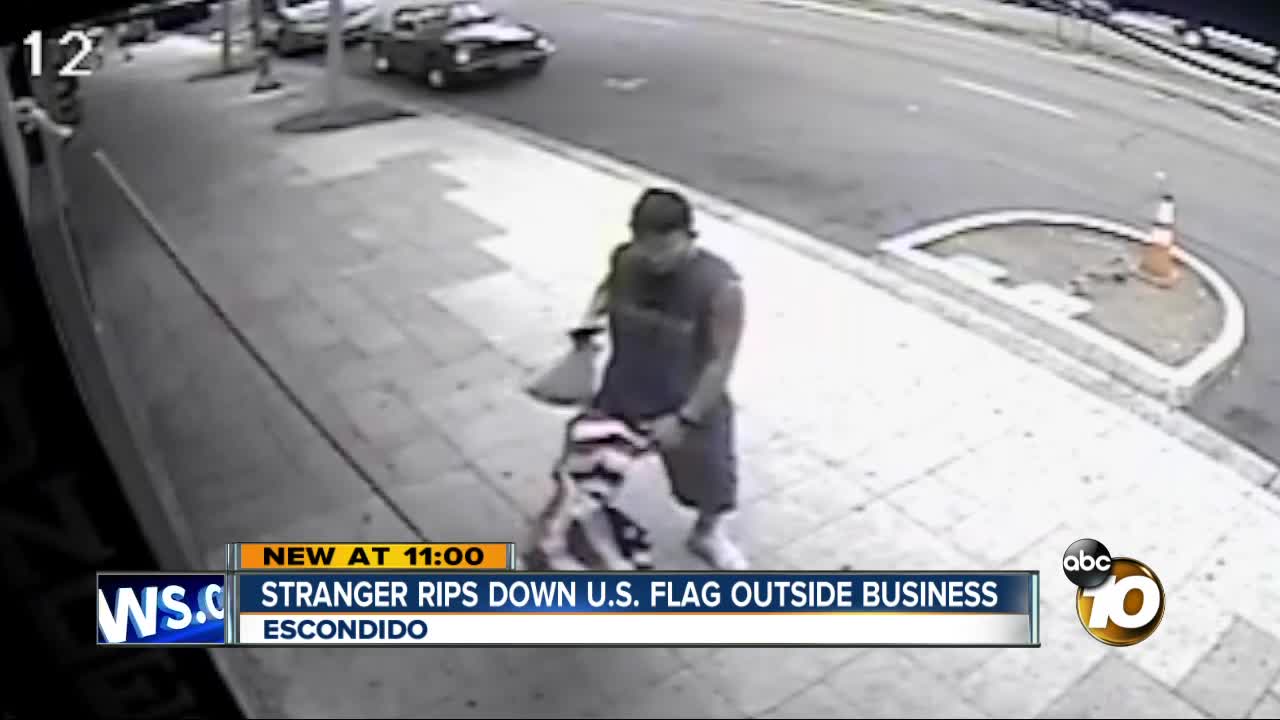 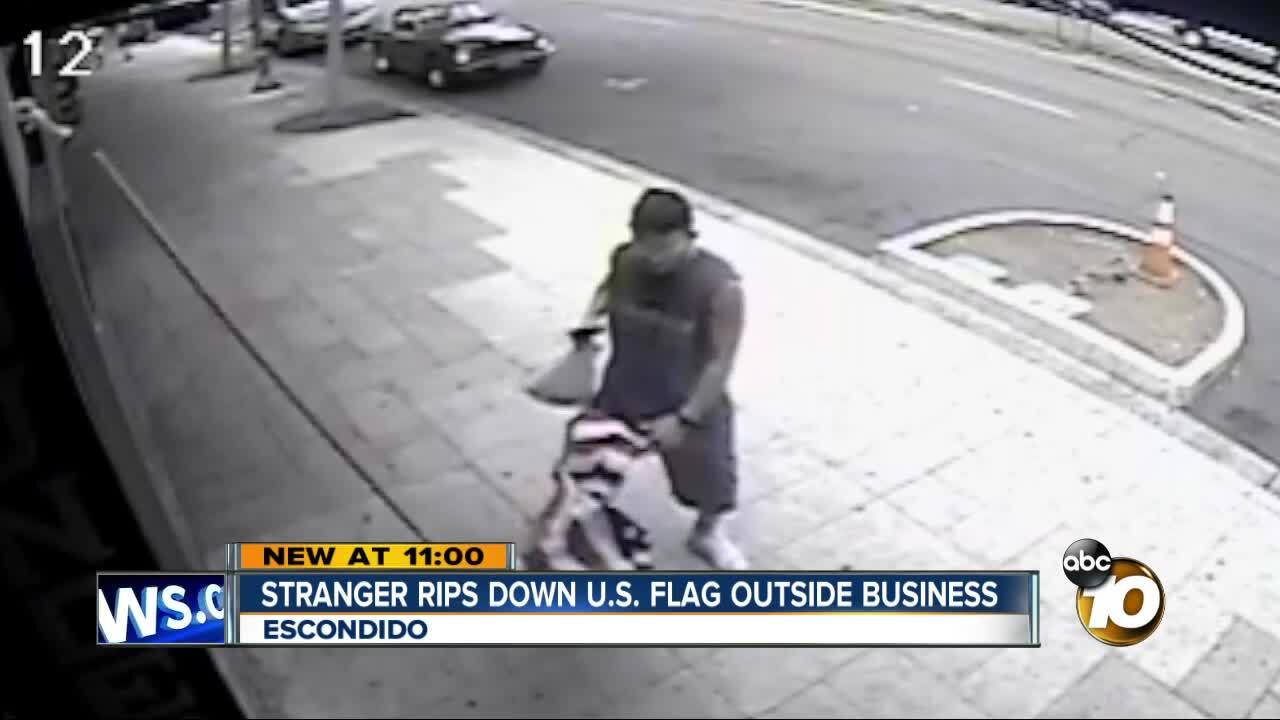 ESCONDIDO, Calif. (KGTV) - A downtown Escondido business owner is furious after a stranger blatantly ripped down her American flag and left it on the ground.

Lindsey Rochette, who owns Pounders Sports Pub on Grand Avenue, said her father served in the Navy so the flag has a special meaning to her.

“My dad used to be the owner. He was in the military and a very big believer in the United States. We always had a flag at our house and everywhere around us,” Rochette explained.

On Thursday morning, the bar's security camera caught a man walking by and then stopping at the flag. He was seen carrying something in both hands, but he freed up one hand so he could use it to pull down the flag and leave it on the ground.

An employee then ran outside and picked up the flag immediately.

“Not only did he disrespect someone’s property, he ripped down a flag,” Rochette said. “it’s disgusting.”

Rochette hopes someone can identify the man and punished in some way. She said everyone at her bar has been talking about it, and the incident struck a chord with everyone.

“Everybody has been upset and embarrassed that somebody in our city would do something like that,” she said.