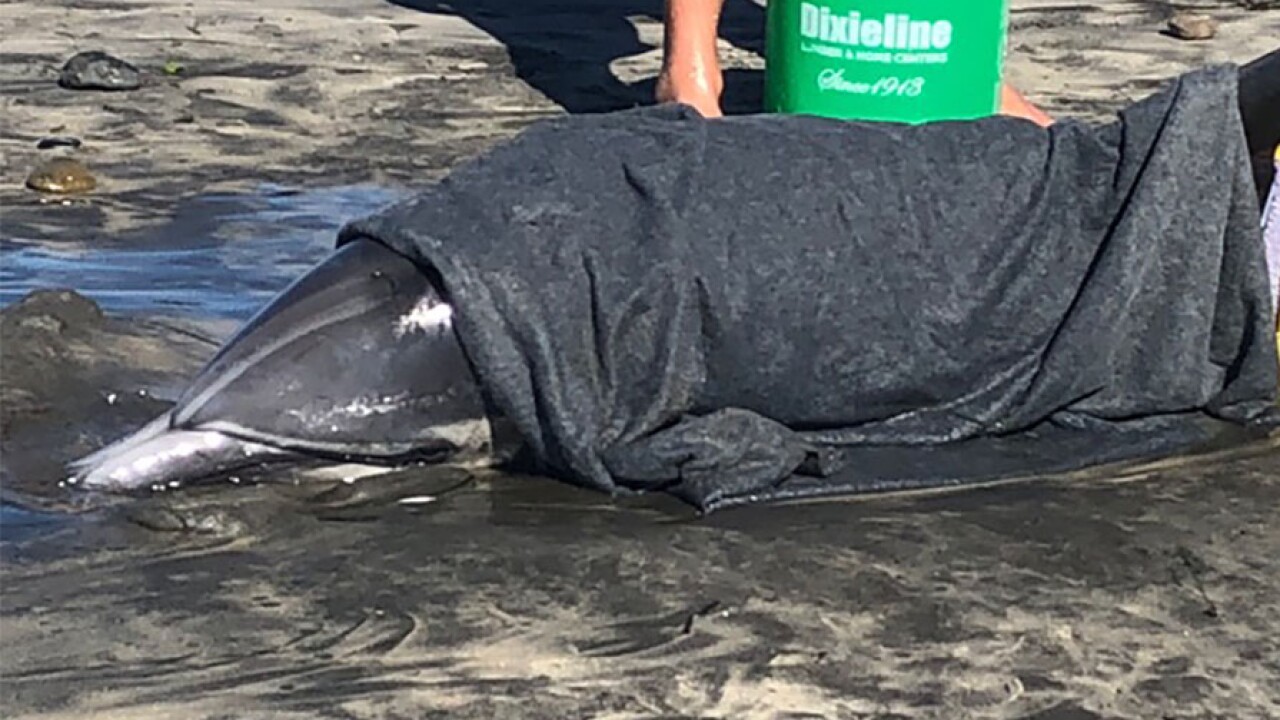 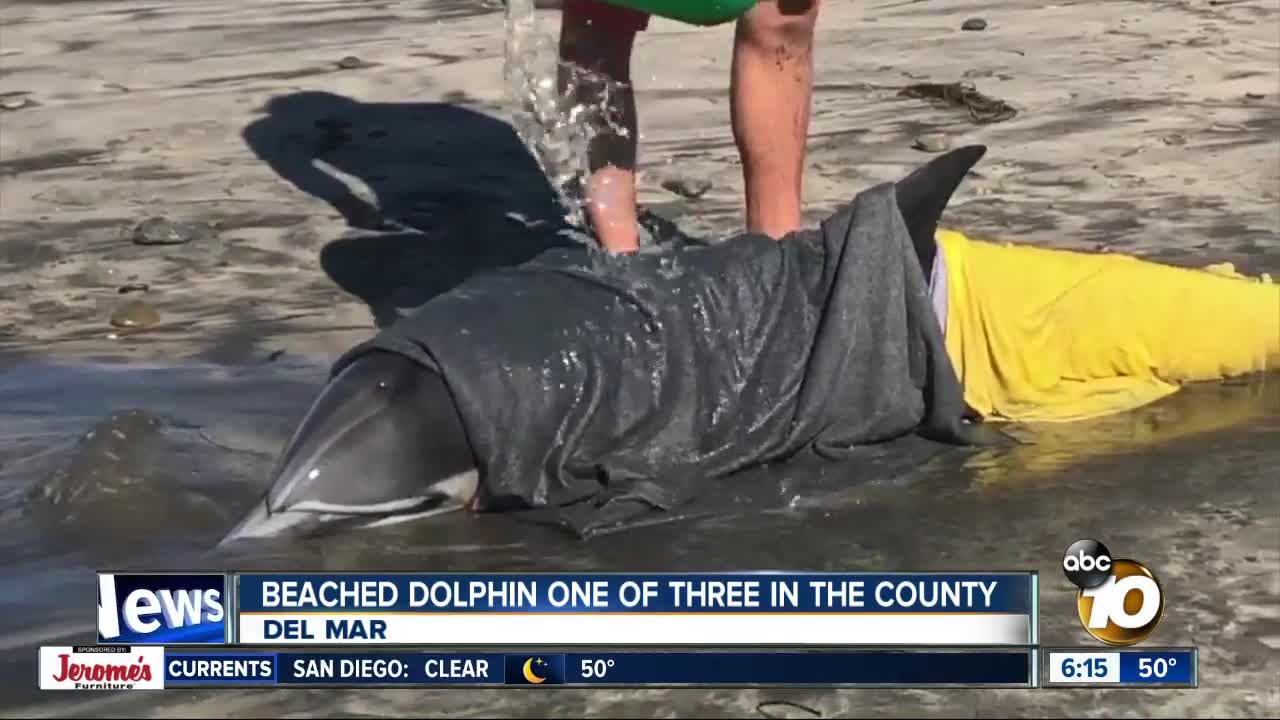 10News learned some swimmers spotted a dolphin that had washed ashore at a D Street Beach in Encinitas at around 8 a.m.

The swimmers were able to help the dolphin back into the water before lifeguards arrived.

About three hours later, in Del Mar, numerous beachgoers spotted a dolphin on the sand near the 17th Street lifeguard tower.

The dolphin, which appeared to be bleeding from its mouth, was doused with water and had a towel draped over it as SeaWorld officials were called to the scene.

10News learned the dolphin died from its injuries.

At around 12:15 p.m., lifeguards saw a dolphin beached at the Children’s Pool in La Jolla. The lifeguards helped pull the dolphin back into the water and it swam away safely.

Lifeguards believe the strong tides are a likely factor in the dolphin sightings at the beaches.