At the 4-way intersection of Lincoln and Washington streets, the 10News Breaking News Tracker saw that “STPO” was painted on the pavement, but it is supposed to read STOP.

“Went to the mailbox and looked at the stop sign and then on the ground and said that’s a four letter word spelled wrong!” said John Buffington, who lives near the intersection.

10News reached out to Lemon Grove officials, who issued a statement later Tuesday saying that the mistake was made Monday by a contractor and was corrected early Tuesday, adding they're, "pleased we were able to bring a smile and levity to everyone's day."

"The City of Lemon Grove is performing its annual contracted street rehabilitation work to resurface city streets. As part of the rehabilitation contract, a sub-contractor is hired to perform the striping and sign legends. The sign legend that was misspelled was part of the work that was completed by the striping contractor yesterday. City staff was informed of the spelling error late last night and reached out to the striping contractor early this morning to fix the error. The error has been fixed.

As part of the contract, Statewide Stripes, Inc. is responsible for 19 locations city-wide of which 7 have been completed. Unfortunately, human error was made as part of yesterday’s work.

We received one notification from a resident through our online service request form and a lot of media attention.

Lemon Grove is pleased we were able to bring a smile and levity to everyone’s day." 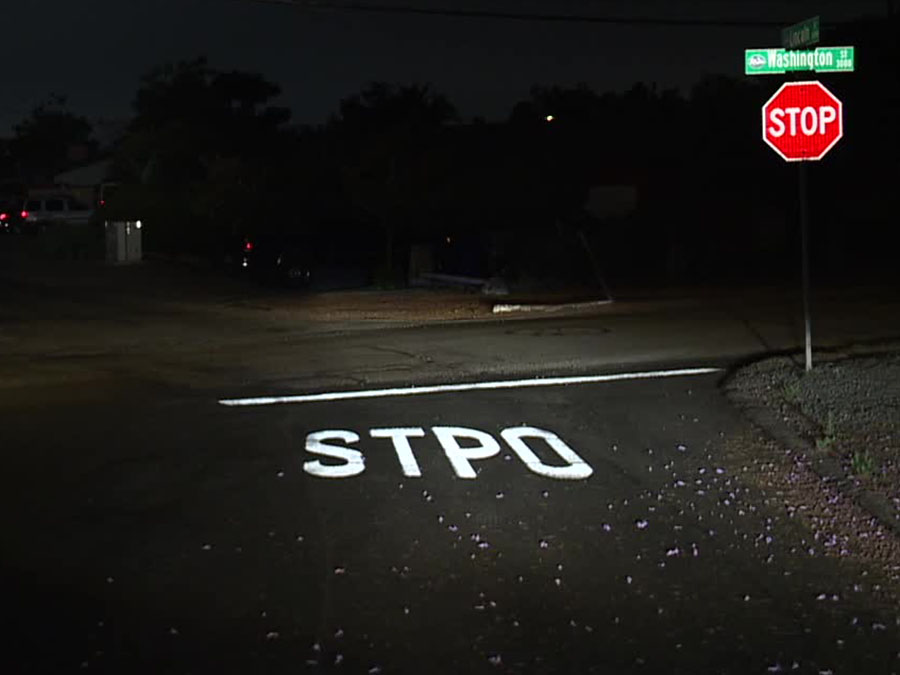