Stolen car found on fire in Paradise Hills near SR-54 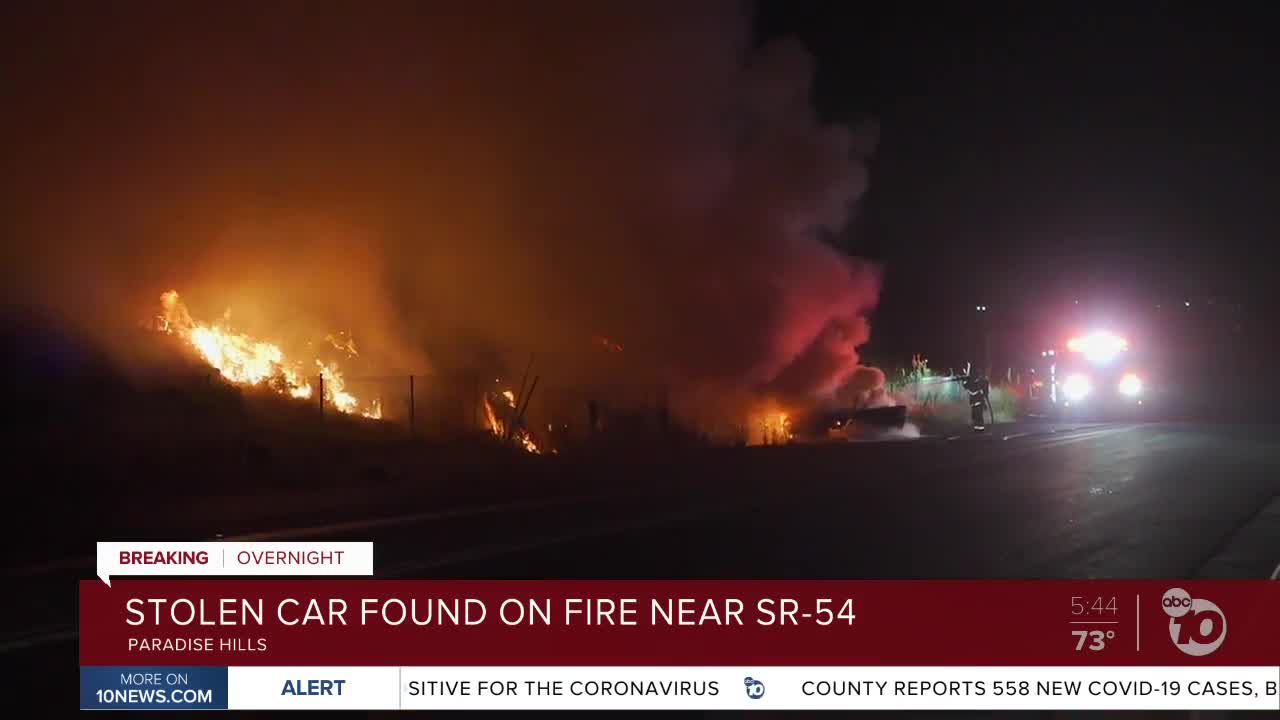 A stolen car was found on fire in paradise hills that spread to nearby brush.

SAN DIEGO (KGTV) -- A stolen Mustang was found abandoned and on fire in Paradise Hills.

It happened just before 4 a.m. Monday on Valley Road along State Route 54.

The car fire spread to the nearby brush, which made its way up the hillside towards the SR-54.

Fire crews had the blaze knocked down in about 15 minutes. No structures were threatened.

Investigators believe the car may have been intentionally set on fire.