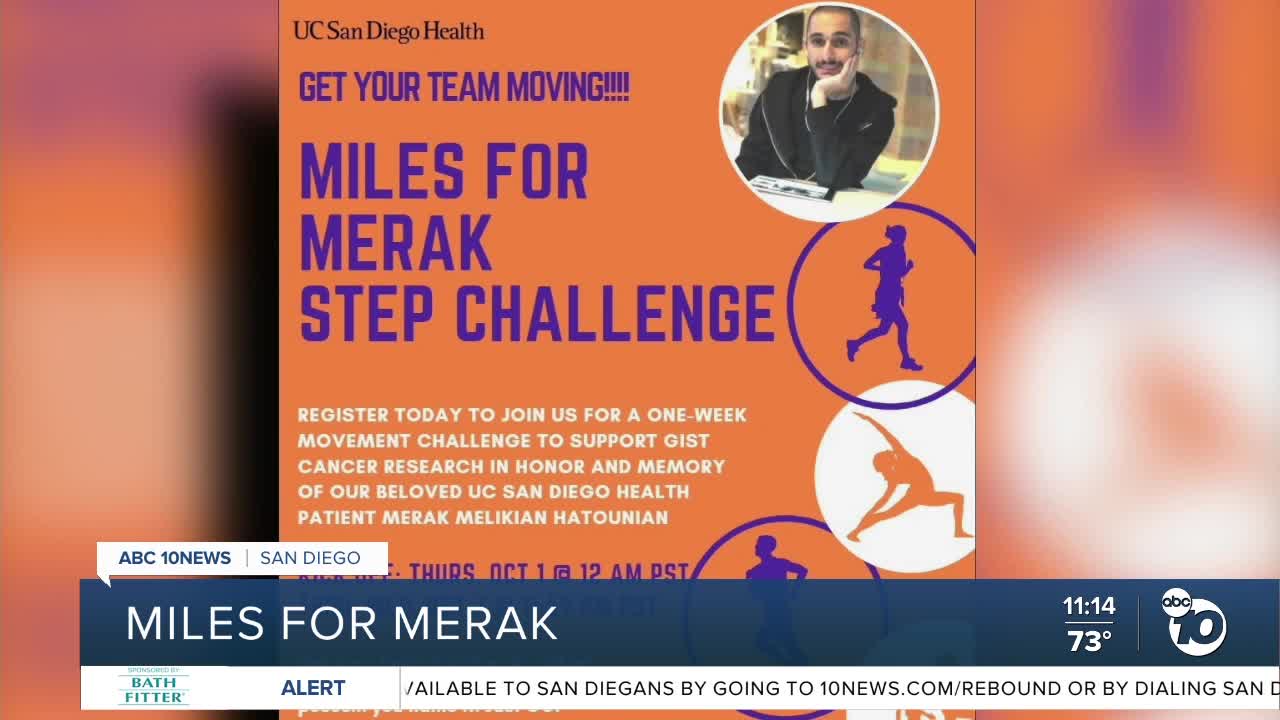 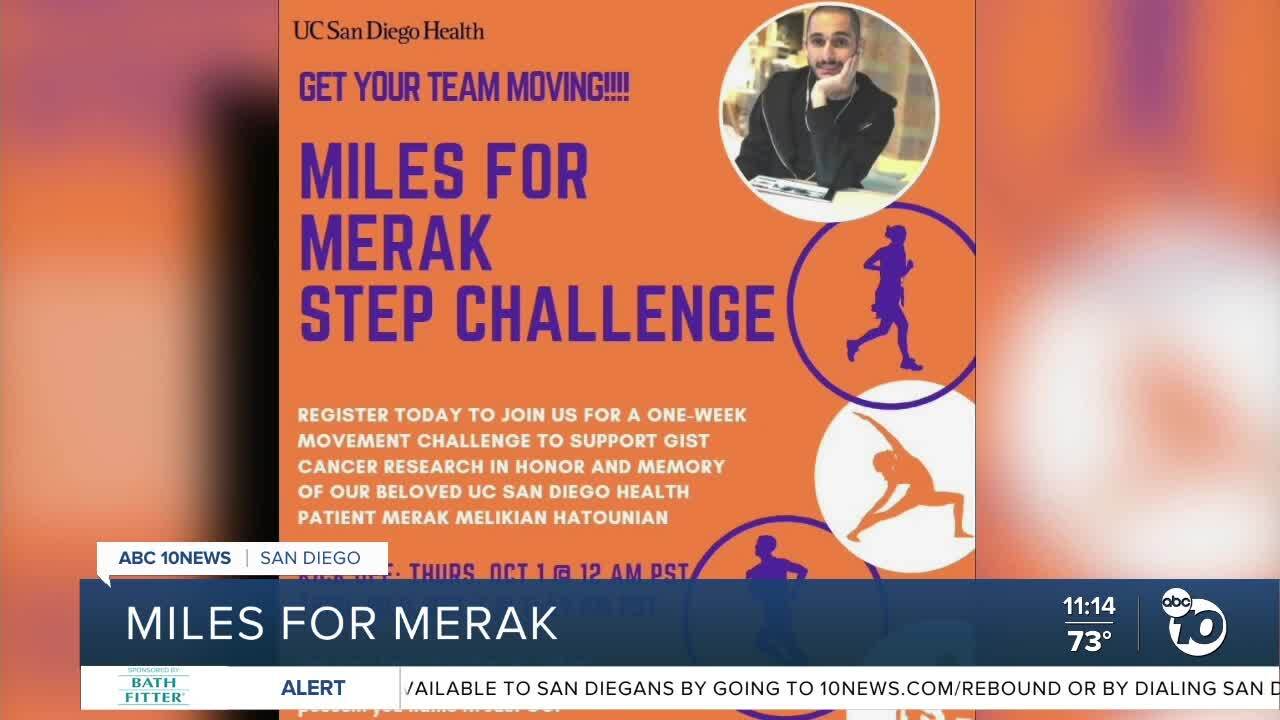 SAN DIEGO (KGTV) -- After losing her husband and her son to a rare form of cancer, a local mom is doing her part to bring awareness to the disease. She teamed up with her family’s medical care team to come up with a step challenge.

“I’m a mother on a mission to find and fund a cure for this disease,” says Debra Melikian.

She lost her son Merak in February. He was diagnosed with a rare form of Gastrointestinal Stromal Tumor, also known as GIST.

“He was so strong, he was so brave and determined to live life on his own terms,” says Melikian. “Merak never let cancer define him.”

Melikian says the cancer is hereditary. She lost her husband to the cancer months prior.

“I have lost my entire immediate family in a mere two-plus years. I do not want any other family to have to go through the despair and destruction that this cancer brings.”

When not tending to patients, the care team at UCSD, who treated Merak and his father, would often participate in fun challenges, like Tough Mudder. Nurse Maura Caffrey says after Merak’s death, they wanted to do something to honor him and bring awareness to GIST.

The team came up with a step challenge.

“Whether you do Zumba, yoga, or hiking, you can do any type of activity,” says Caffrey. “It’s sort of a movement challenge. But you can convert everything into steps.”

To participate, text “CUREGIST” to 31996. A sign-up link will be sent to your phone. The funds raised will go towards research to help find a cure.

The Miles For Merak step challenge kicks off Thursday. Each team has until October 7th to try to gain the most steps.