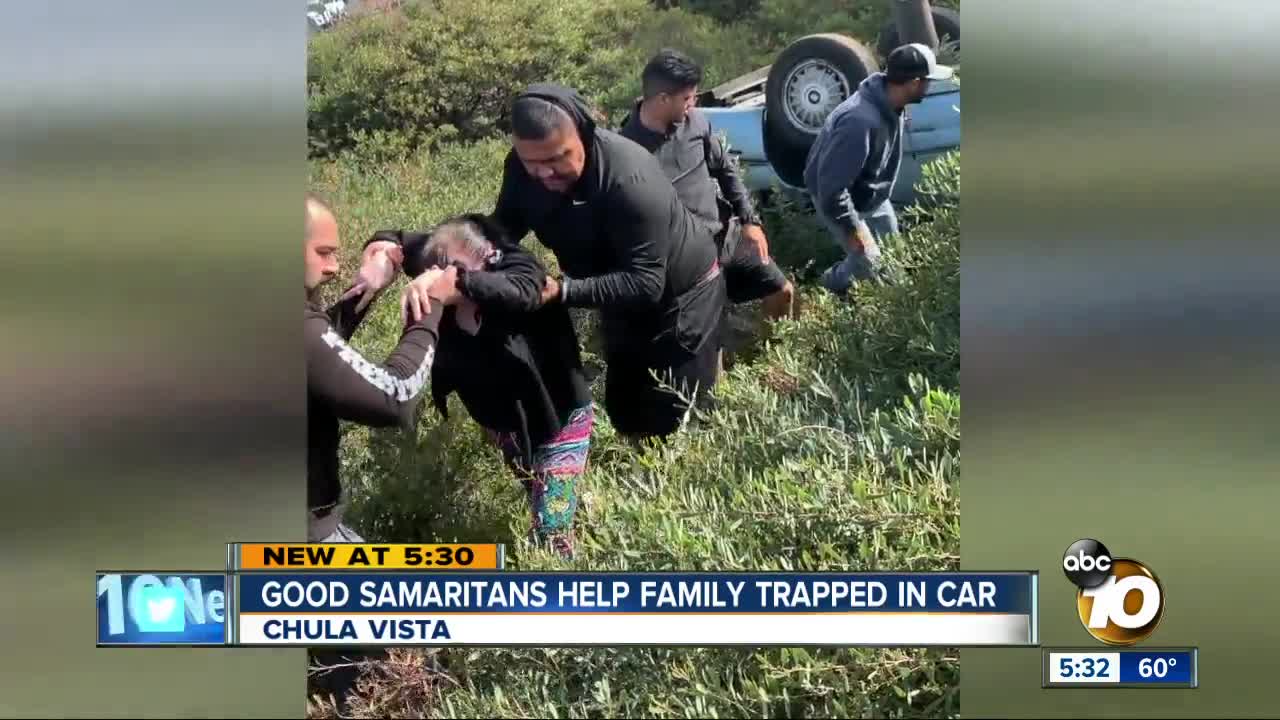 Witnesses rescued the family after a crash. 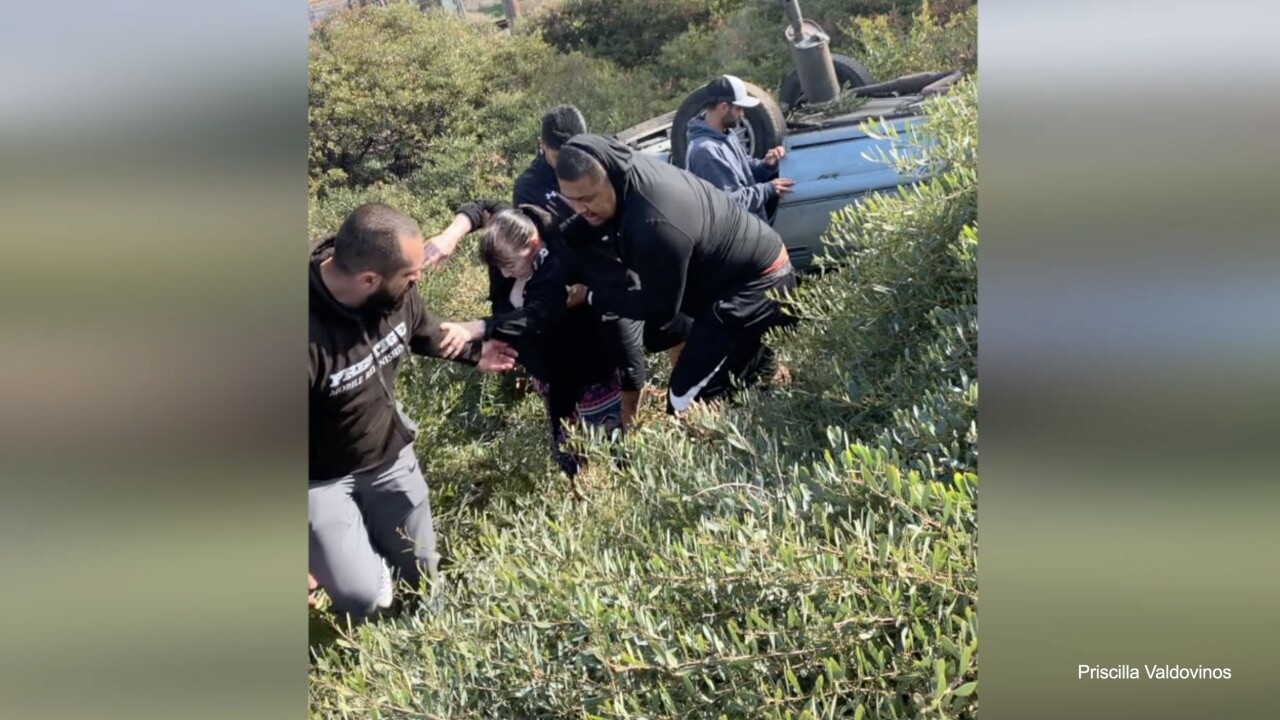 “We got a kid! We got a kid! Oh my god,” said Jay Corona, one of the good Samaritans who rushed to help when they spotted the overturned car near H Street around 10 a.m.

Corona and his girlfriend Priscilla Valdovinos were on their way to a salon when they came across the wreck.

“I was shocked, I was nervous, I was scared, all that,” said Valdovinos.

Smoke was rushing from the muffler so furiously Corona thought the car would explode. He saw the family hanging upside down by their seat belts and was able to save a mother and her young child. However, the front door of the sedan was stuck.

“It wouldn't open. Because it was really jammed. I just kept pulling and pulling, and then the next thing I know I yanked it open,” Corona said. “I got it open and [the grandma] was in the front seat like, traumatized. She was like, 'Help me please, my back is hurting.'”

RELATED: Good Samaritan recovering after getting hit by car

Valdovinos and Corona said the sedan hydroplaned in wet weather.

With the help of other drivers, Corona escorted the grandmother back to the roadway. She was shaken up, but not seriously injured.

Corona, who works as a security guard at a North Park bar, says his training kicked in.

“I was very proud. He makes me proud every day! I fall in love with him every day, but today I told him, this is one that I'll remember,” said Valdovinos.

The couple was struck by how many other people stopped to help.

“It was like a giant team effort in San Diego,” said Corona.

“In a time of need it was nice to see people come together and everything end up okay,” Valdovinos added.

According to the CHP, the child was taken to the hospital as a precaution.