Good Samaritan recovering after getting hit by car 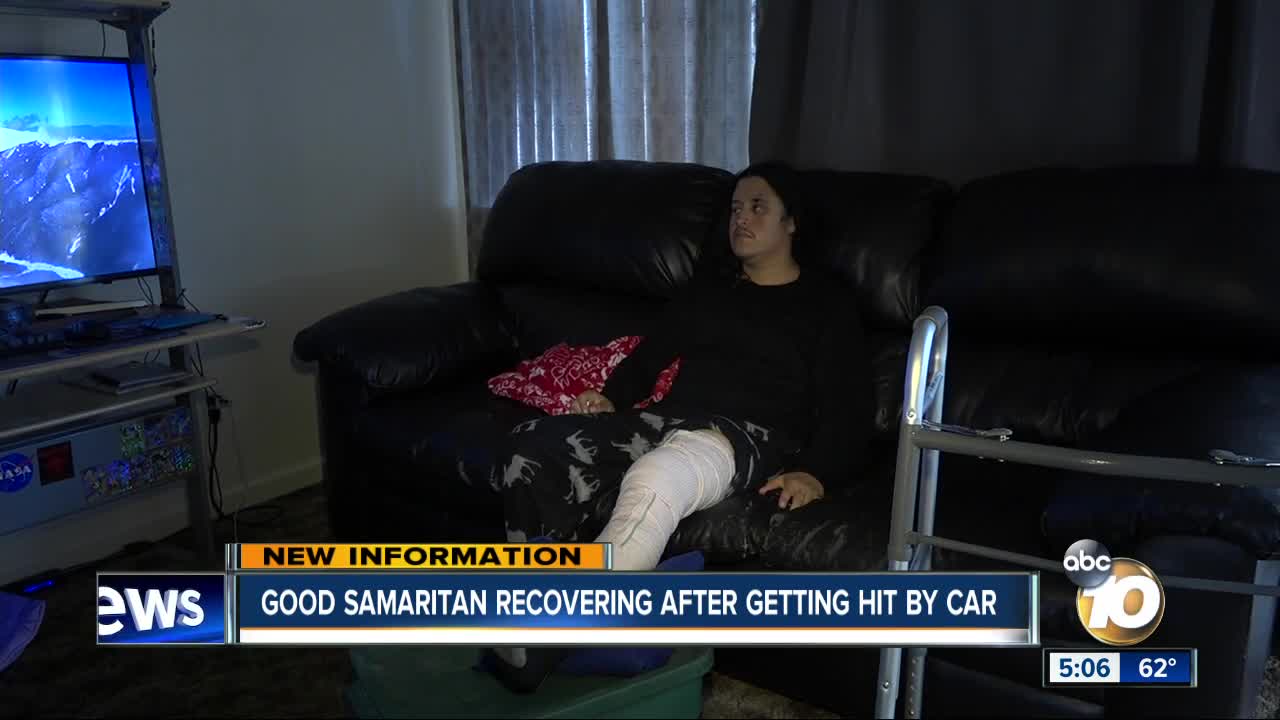 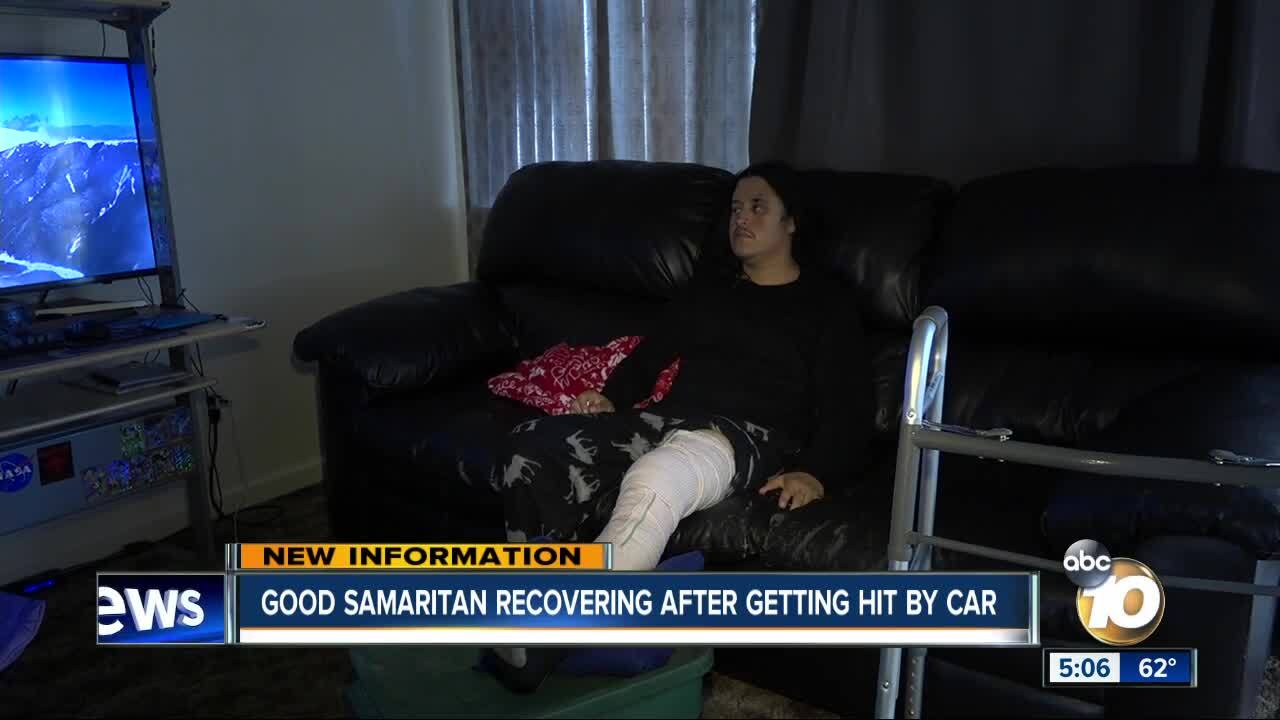 San Diego (KGTV)- There are no regrets for a San Diego man who risked his life when he stumbled on a wreck in the middle of last week's rainstorm.

"If you ask me, I probably would have done it again," says Victor Ruvalcava.

On a rainy Wednesday morning, Dec. 4th, Ruvalcava says he saw a car flip over on Interstate 8 in Mission Valley. The young driver was ejected from the car.

"I park behind his car, get out to see if he's ok, I asked him hey is there anyone else in the car. He didn't respond," says Ruvalcava. "I look towards the car, and that's when I get hit by the SUV."

He was thrown about 100 feet after that SUV slammed into him.

Ruvalcava spent days in the hospital with several injuries, which include a collapsed lung, broken ribs, and leg.

While in the hospital, he says the young man he stopped to help, and his family came to visit him. He says they were "extremely thankful."

CHP says for safety reasons, they don't recommend drivers stopping to help crash victims on a busy freeway. They should call 911.

But Ruvalcava says he'd do it all over again.

Family members have set up a GoFund Me account to help with his medical expenses.