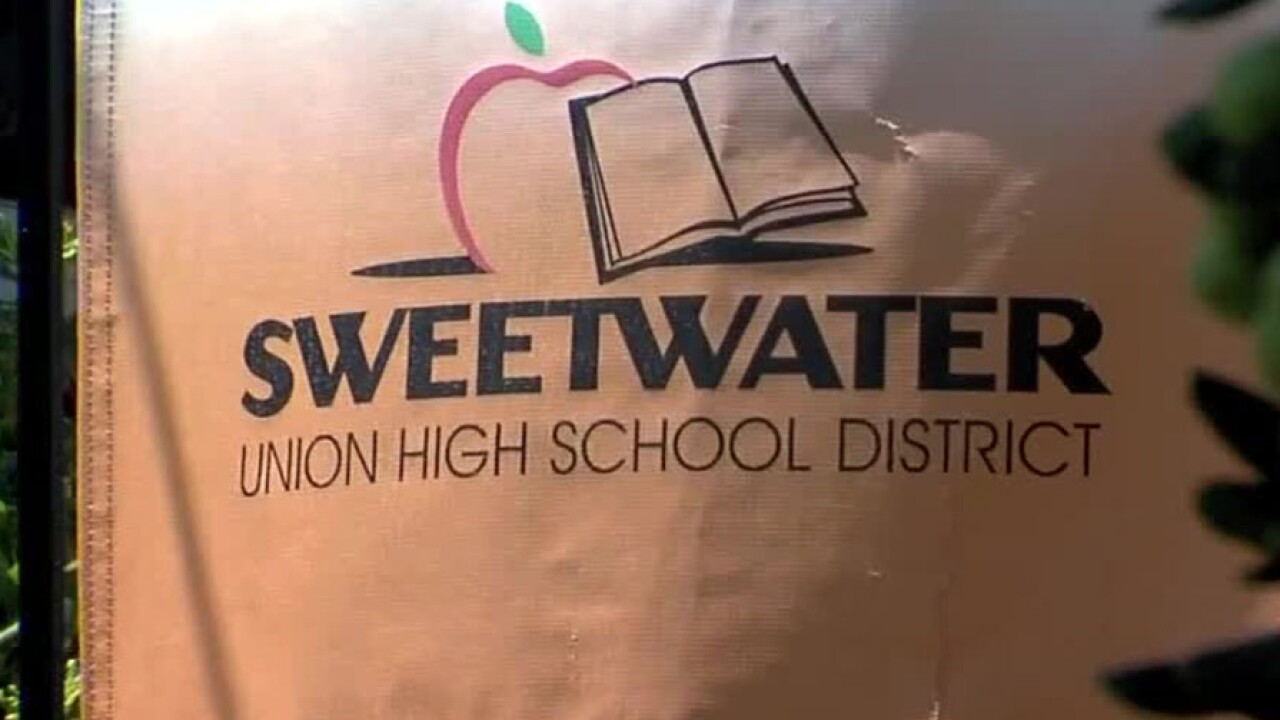 SAN DIEGO (KGTV) -- The Sweetwater Union High School District Board of Trustees on Thursday responded to a scathing audit that alleged evidence of fraud or misappropriation of funds leading to a multi-million dollar deficit.

In their response to the audit, the district’s Board of Trustees acknowledged the importance of an independent state agency’s audit and said they “intend to cooperate fully with these agencies should they require additional information.”

“We acknowledge that, as required, you notified the local district attorney, State Superintendent of Public Instruction, and State Controller that the FCMAT AB 139 report found there is sufficient evidence to demonstrate that fraud, misappropriation of funds, or other illegal fiscal activities may have occurred," the Board of Trustees said.

"We understand the importance of having these agencies review the report and intend to cooperate fully with these agencies should they require additional information," said the board.

According to the report, the district’s school board relied on inaccurate financial information when they approved salary increases for district employees, resulting in pay raises they could not afford.

The audit also reportedly found the district kept borrowing from capital projects in the South Bay, such as Mello-Roos funds, to pay for operations without a method of repaying that money back into the fund.

The board said that individuals and outside entities identified by FCMAT as having enough evidence to suggest they were engaged in illegal acts are "either no longer employed by the District or are removed from all involvement in the District’s current operations."

The board also said that since the audit, they’ve taken other actions based on recommendations from the FCMAT, including:

“As a Board and as acting superintendent, we are committed to ensuring we implement and improve our systems and supports to best serve our community and understand that this process starts with the superintendent and the Board,” said the board.

On June 24, two days after the release of the FCMAT audit, the district voted to cut more than 220 educators. The board also voted 4-1 to place its beleaguered superintendent Dr. Karen Janney on paid administrative leave.

Janney had been under public pressure to step down following a multi-million dollar budget shortfall in 2018 which prompted an investigation. Since then, the district's budget crisis spiraled into teachers and programs being cut, bus routes eliminated, and increased class sizes.

The board previously said its action against Janney is not disciplinary but it is to support and ensure an efficient investigation of the concerns raised in the FCMAT audit.

With the release of the FCMAT audit, it will be up to the District Attorney, State Superintendent of Public Instruction, and State Controller to determine if fraud did in fact occur within the Sweetwater District.

The San Diego County District Attorney's office said they are reviewing the audit. There is also an investigation into the district by the Securities and Exchange Commission. An agency spokesperson would not comment.