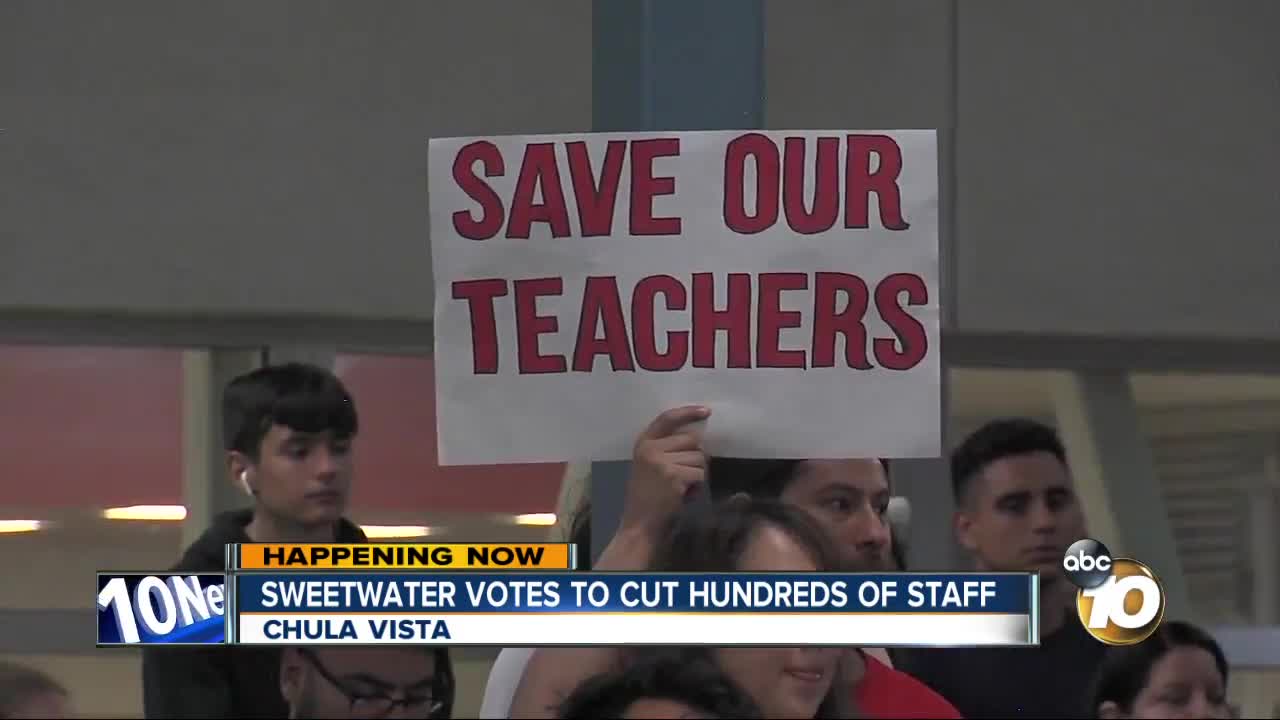 CHULA VISTA, Calif. (KGTV) -- The Sweetwater Union High School District board Monday voted in favor of laying off roughly 240 teachers and staff members as the district continues to find ways to balance its budget.

The school board’s 3-2 vote to cut jobs -- mostly teachers and librarians -- and learning centers came after over four hours of public comment from dozens of community members during a meeting at Chula Vista Middle School.

Prior to the vote, hundreds of teachers, staff members, and students expressed outrage over the proposal.

One student spoke about the importance of the learning centers, which help hundreds of students who are dealing with issues such as pregnancy or homelessness stay on track to graduate from high school.

“If it wasn’t for the learning center, I probably would not be graduating, and I’m on the right track now … Now I feel like you’re taking away a program that helps kids like me. The learning center has helped me in so many ways,” the student told the school board.

About 1,300 students use the district’s dozen learning centers.

Sweetwater Union High School District faces a $30 million shortfall, which a district spokesman attributes to factors such as declining student enrollment and declining revenue and not financial mismanagement.

During the meeting, the district’s superintendent said they have looked at other areas to save before proposing the job and program cuts.

“Even in the most challenging financial times, layoffs for this governance team have been a last resort,” said SUHSD Superintendent Dr. Karen Janney.

Teachers and staff at risk of being laid off will be receiving pink slips in early March, but some of those may not be final, as the district will make a final decision in May.