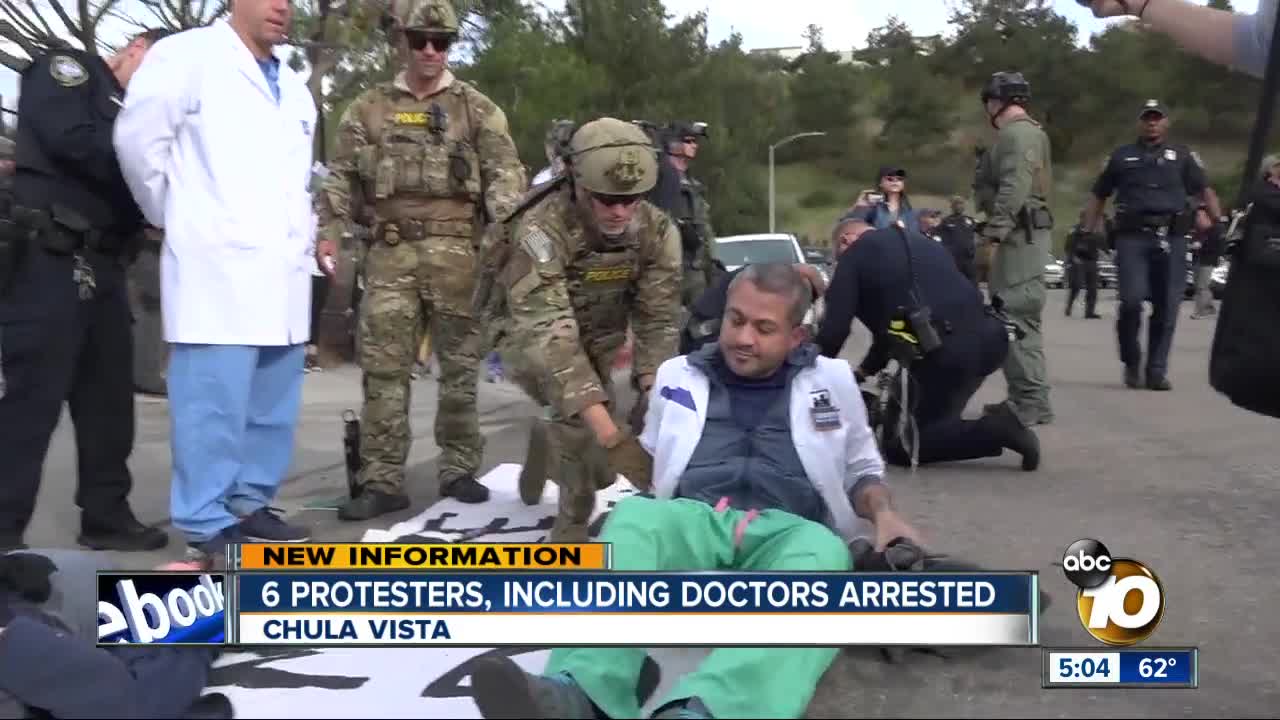 Six people were arrested Tuesday during a demonstration over flu shots for detained migrants. 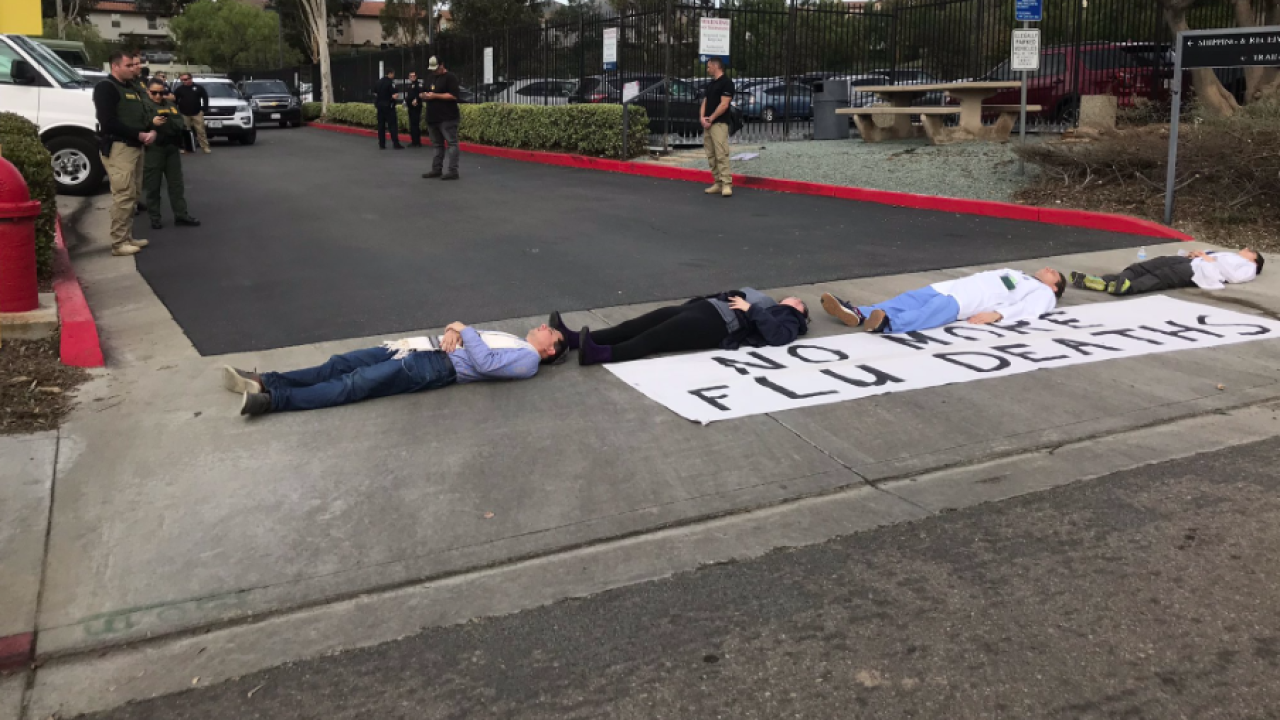 More than 100 people, many of whom are medical professionals, gathered outside Chula Vista's Customs and Border Protection headquarters to call for a meeting over healthcare policies for detainees. Demonstrators say doctors offering free flu clinic services at the Chula Vista Border Patrol Station on Monday were turned away.

The group added that a free pilot program was also rejected by the Trump Administration.

Tuesday, some protesters took to lying across the headquarters driveway during the demonstration, prompting authorities to declare the gathering an unlawful assembly. Demonstrators were given six minutes to disperse, before officers arrested the six individuals.

Demonstrators say the lack of flu clinic services for those inside detention centers poses a health risk to them and the public.

"Flu deaths are preventable and large scale vaccination is not unprecedented. Our government has undertaken similar efforts in the past and has the resources to do so now," doctor Marie DeLuca, of Doctors For Camp Closures, said. "This is about a complete disregard for human life, government accountability and a failure of our government to protect not only the people held in detention, but all people within our borders.”

A CBP spokesperson said in a statement to 10News it has never been their practice to administer vaccines and they are making efforts to clear holding facilities within 72 hours:

"Individuals in CBP custody should generally not be held for longer than 72 hours in either CBP hold rooms or holding facilities. Every effort is made to hold detainees for the least amount of time required for their processing, transfer, release or repatriation as appropriate and operationally feasible. Due to the massive influx of migrants recently and the changing demographics, at times, CBP has not been able to limit time in CBP custody to 72 hours. However, that is still the goal and the agency, working with partners, is still doing everything it can to move people out of temporary CBP holding facilities.

As a law enforcement agency, and due to the short term nature of CBP holding and other logistical challenges, operating a vaccine program is not feasible. Both ICE and HHS have comprehensive medical support services and can provide vaccinations as appropriate to those in their custody."

Over the last year, three children died from influenza-related infections while in U.S. immigration custody.