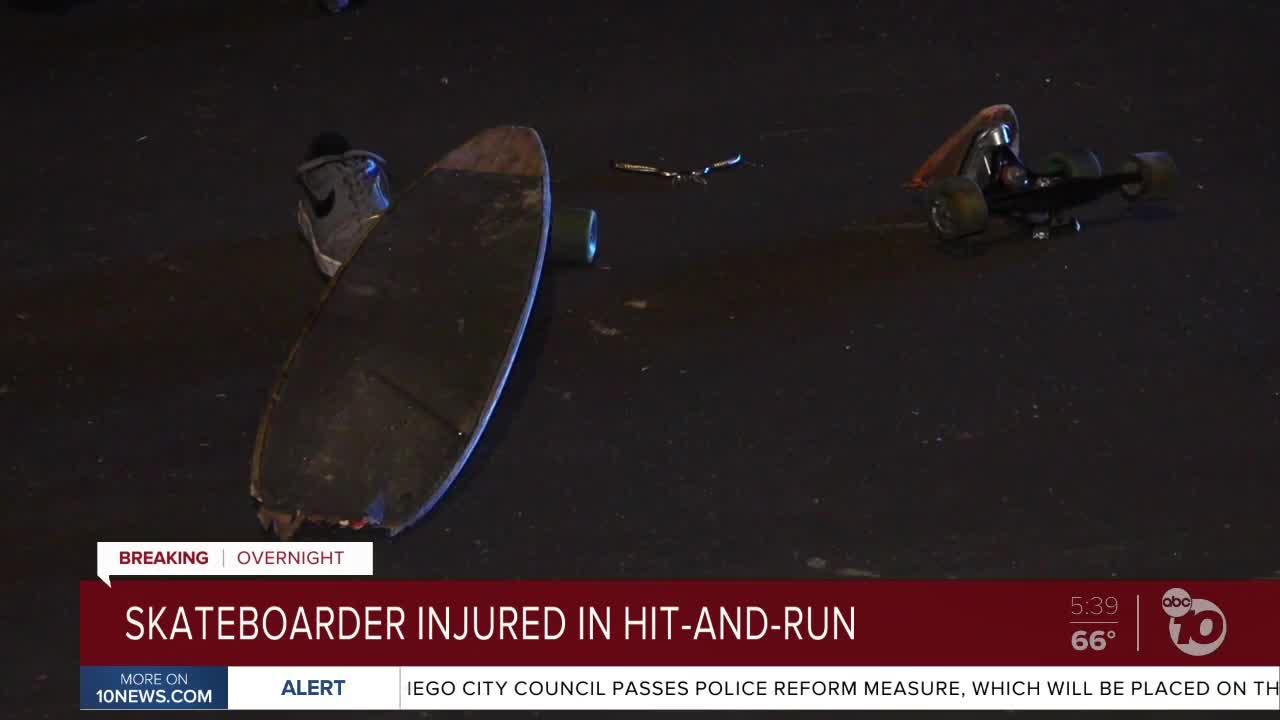 NATIONAL CITY, Calif. (KGTV) -- An investigation is underway to find the driver in a hit-and-run crash that critically injured a skateboarder.

National City police say the man was skateboarding with friends on Palm avenue around 12:30 a.m. when a vehicle traveling northbound hit him.

The vehicle fled the scene, leaving the victim on the street when officers arrived. Paramedics rushed him to UC San Diego Medical Center with serious head injury, according to police.

Witnesses tell police the driver was a woman. Police say the suspect's vehicle is a black Mitsubishi Galant with substantial front end damage and a missing side mirror.

This is a developing story stay with ABC 10news for updates.