Man stabbed while trying to sell his car in Chula Vista 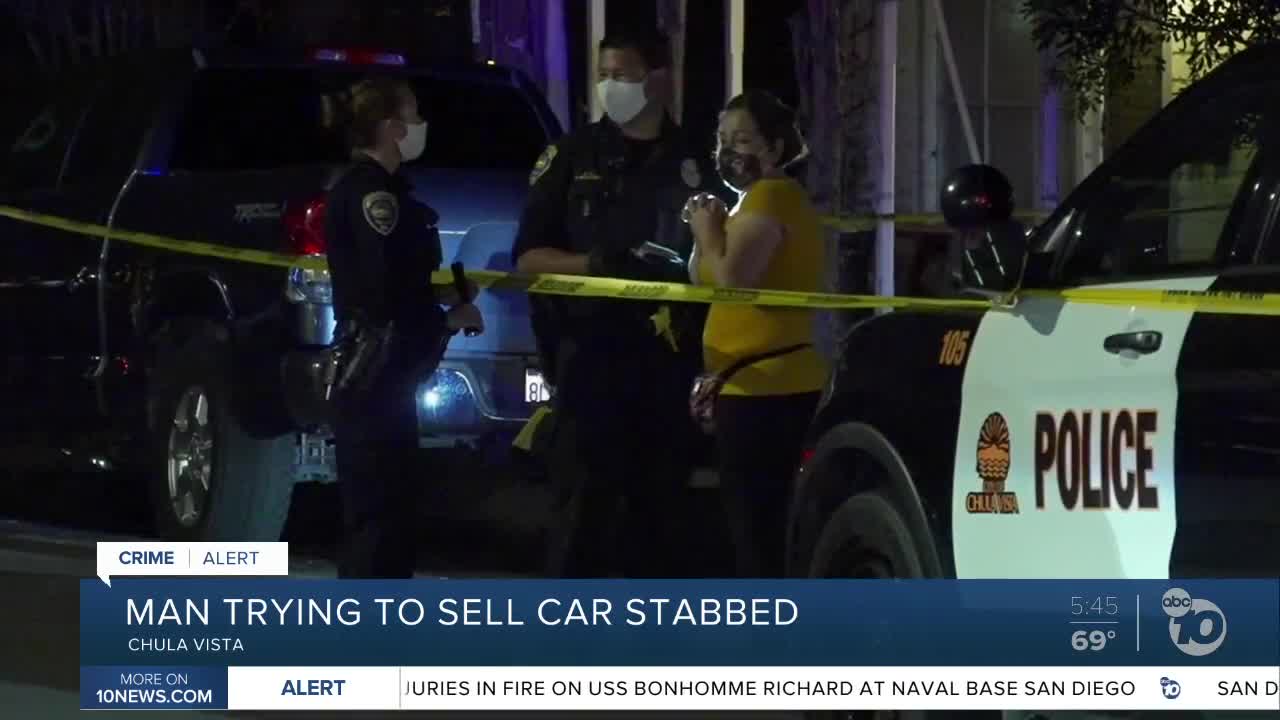 Man trying to sell his car stabbed in the neck in Chula Vista.

CHULA VISTA, Calif. (KGTV) -- A man was hospitalized after police said he was stabbed while attempting to sell his car in Chula Vista.

The incident happened at an apartment complex parking lot in the 3000 block of Moss Street at around 10 p.m. Monday, according to Chula Vista police.

The victim told police he was trying to sell his 2000 Volvo when a potential buyer attacked him during the transaction and then sped off in his car.

Police said the victim was stabbed at least once in his neck, and he was taken to UC San Diego Medical Center for treatment. His condition is unknown as of Tuesday morning.

Police are now searching for the car and at least one male suspect. A detailed descriptions of the assailant was not immediately available.