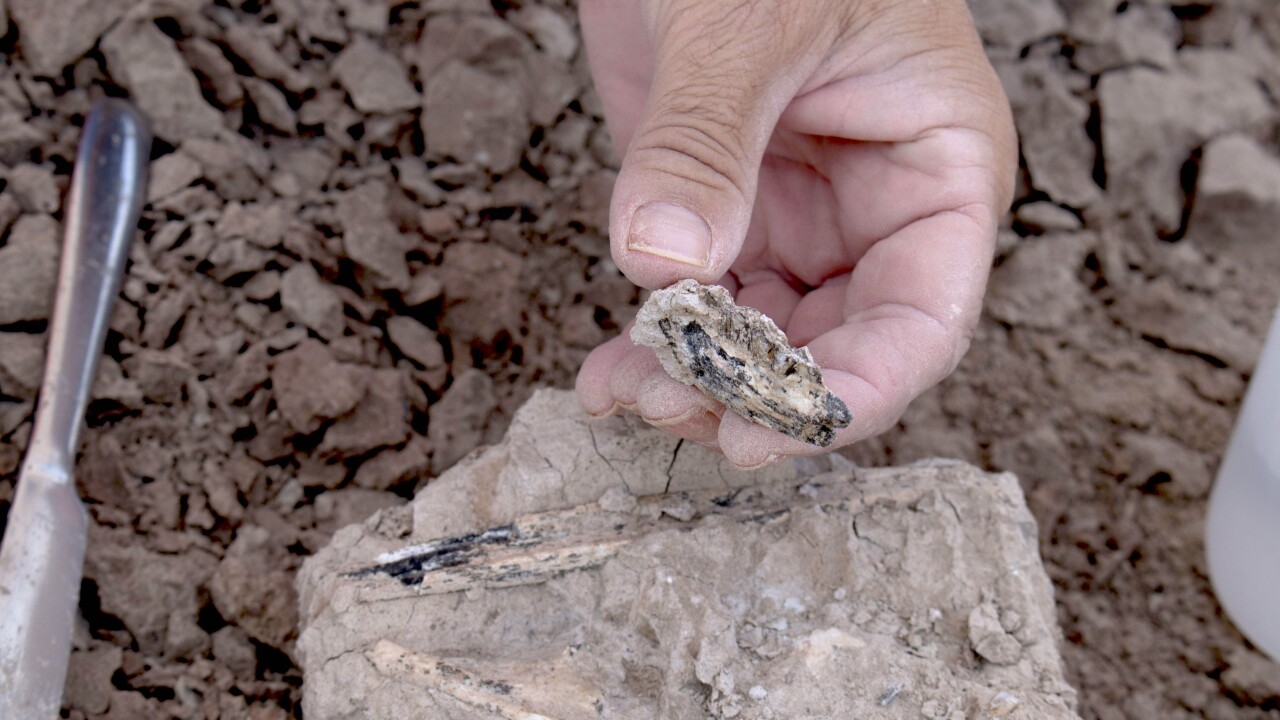 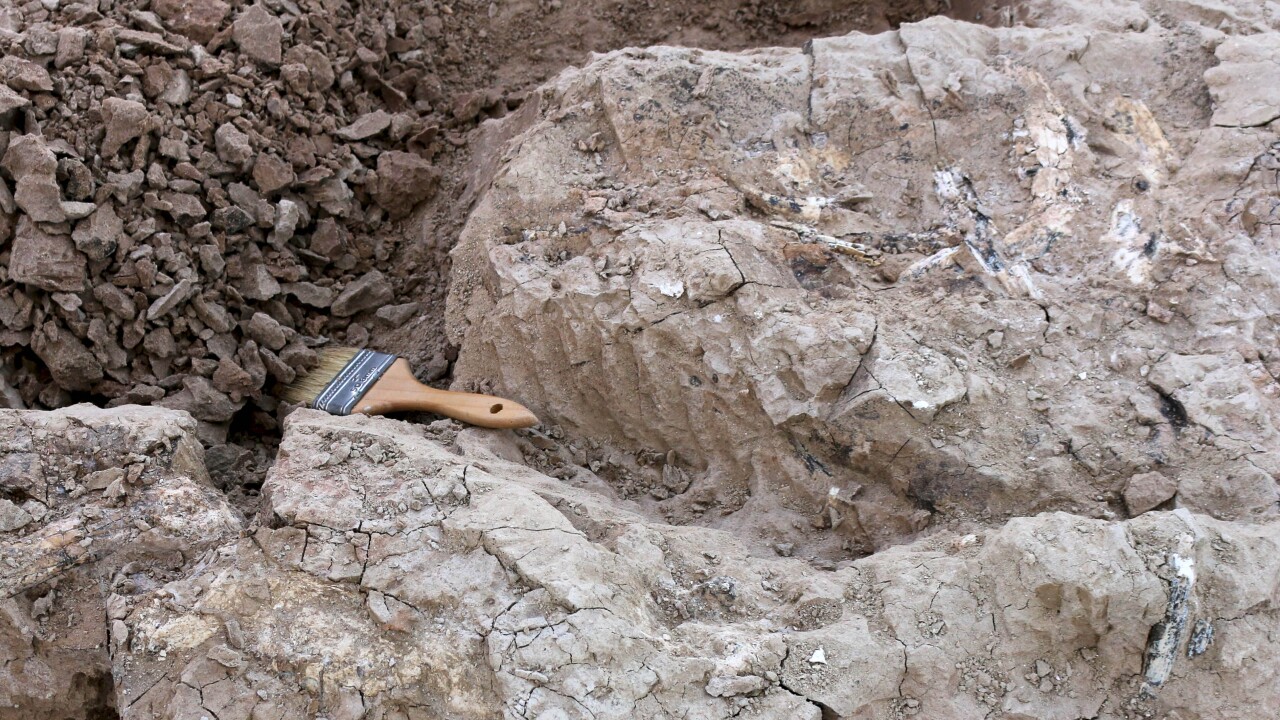 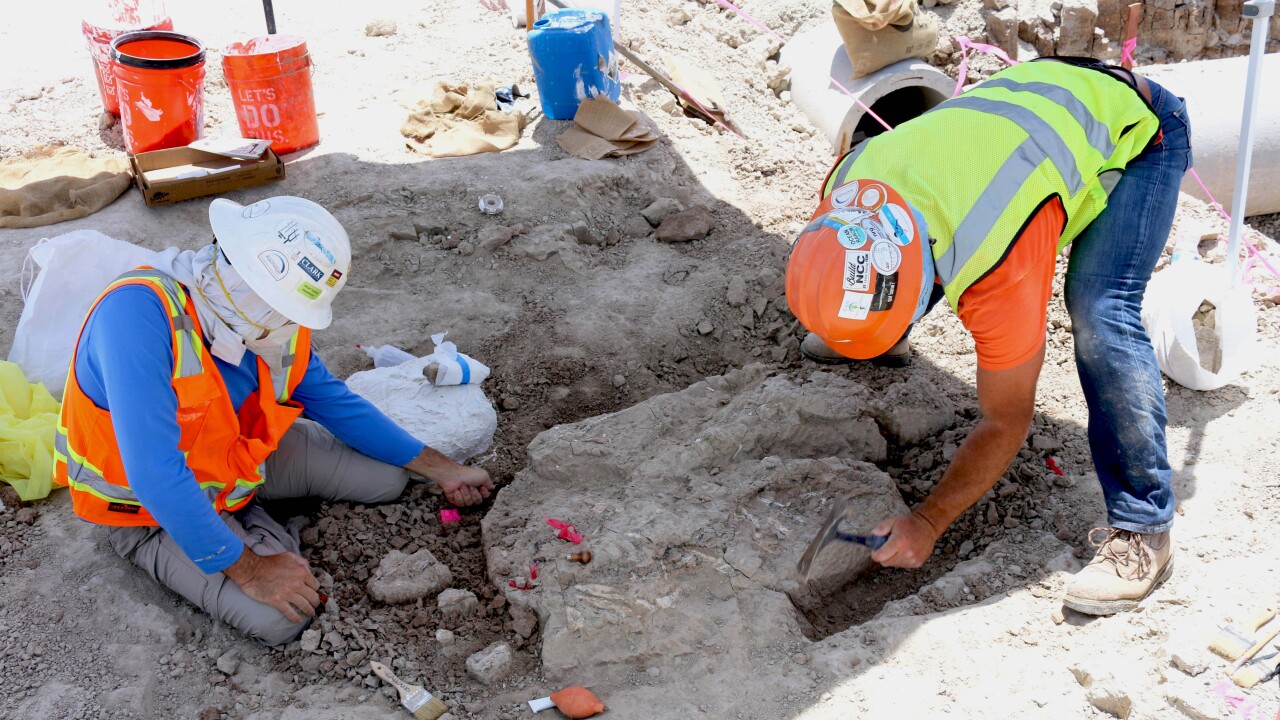 OTAY MESA, Calif. (KGTV) — An unusual fossil deposit was discovered during construction at the State Route 11/Otay Mesa East Port of Entry Project, yielding remains that may be up to 28 million years old.

The state Department of Transportation says skeletal remains of extinct mammals — including camels, oreodonts, rodents, and possibly a large carnivore — were discovered at the site of the SR-11 and Otay Mesa East Port of Entry project.

The fossils are estimated to be somewhere between 16 to 28 million years old, or Earth's Tertiary Period, and could provide more insight into our area's history.

Paleo Monitors from the San Diego Natural History Museum found the remains in what appears to be a new geologic formation that has yet to be mapped in the region. The area also contains plant fossils and volcanic bombs (or pieces of rock ejected by a volcano), the DOT says.

The Nat will curate and catalog the fossils into its paleontology program.

The construction project, which will create a new port of entry into the country, will continue as planned, the state said.