Men try to steal ATM in Chula Vista but fail 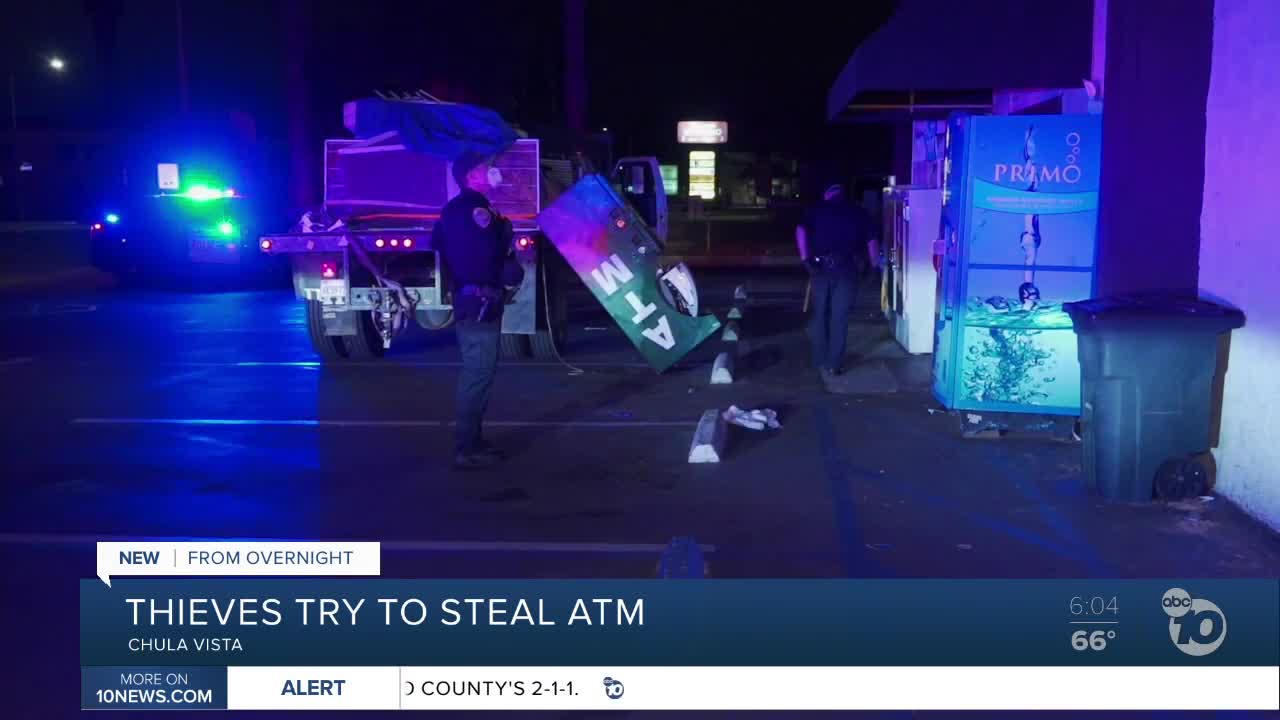 CHULA VISTA, Calif. (KGTV) -- Police are looking for three people who tried to steal an ATM from outside a Mexican restaurant in Chula Vista Tuesday morning.

According to the Chula Vista police, at around 5 a.m., three men were seen ripping the machine from the ground outside the restaurant in the 2500 block of Main Street, near Broadway.

The trio tried to load the ATM onto the back of a large flatbed truck, but it fell off. They struggled to get the machine back on the truck and eventually gave up.

Witnesses told police they saw the three men run away down Main Street.

Police say the ATM was heavily damaged, but it doesn’t seem like they got away any money. The truck was believed to be stolen.

Police are hoping nearby surveillance video will help in the investigation.