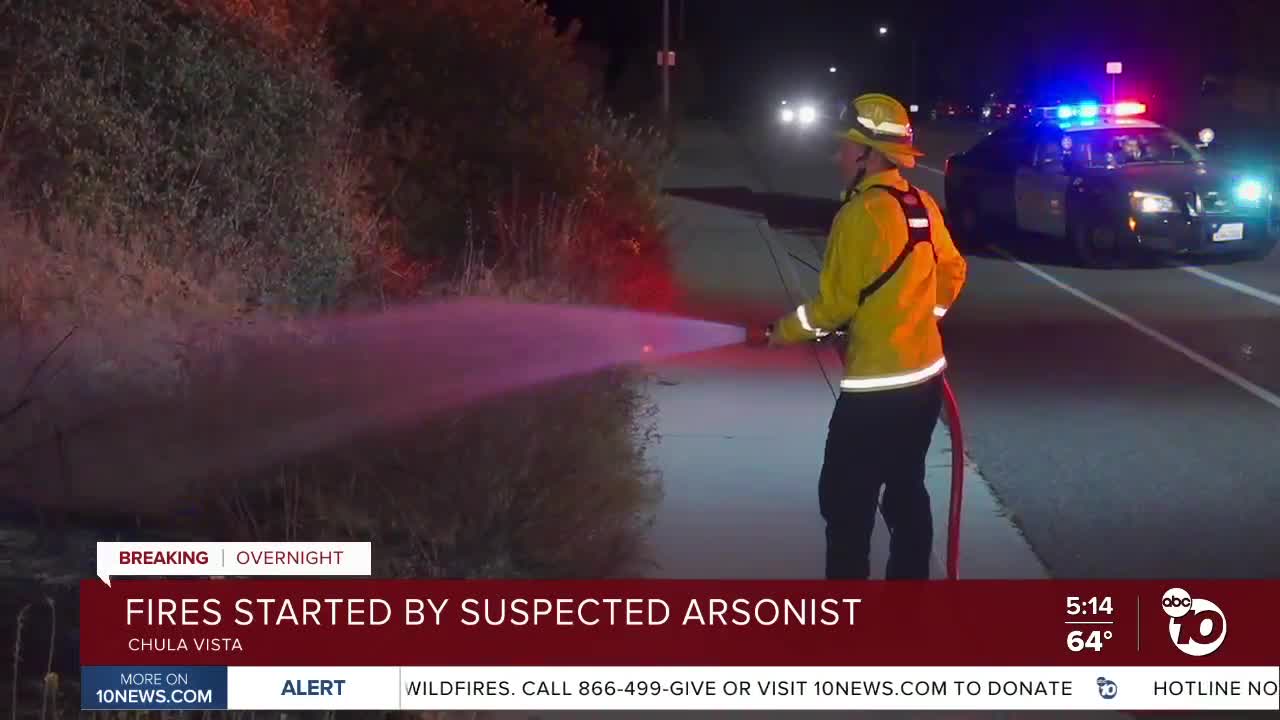 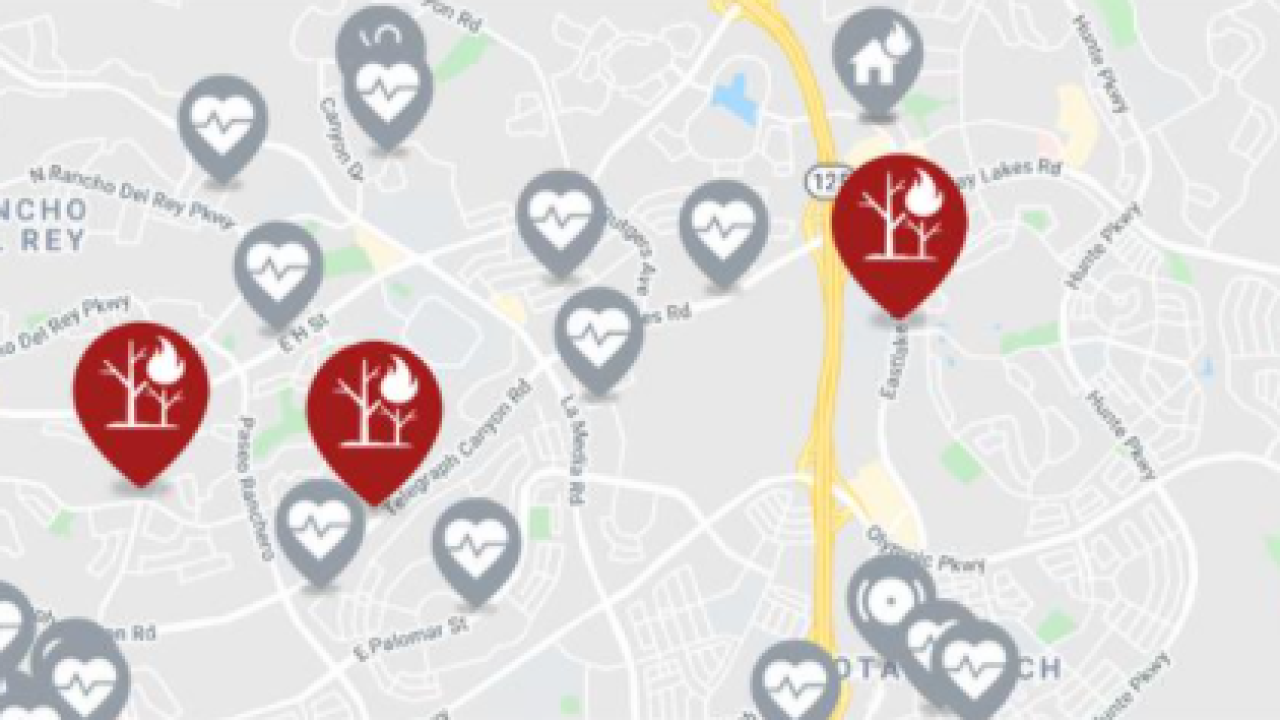 CHULA VISTA (KGTV) - Chula Vista police are searching for a possible arsonist after four brush fires were set within minutes of each other Thursday morning.

Firefighters responded around 3:30 a.m. to the area south of Lake Crest Drive and east of Wueste Road in Eastlake.

While crews were working to put out the fire, they received a second fire call nearly three miles away on Eastlake Parkway.

The third brush fire happened a short time after on Telegraph Canyon Road, and then the fourth fire broke out near Vista Oak Place.

No one was hurt, and firefighters were able to put out all the fires.

Witnesses told fire investigators they saw a silver Lexus leaving the scene of the fourth fire around 4:15 a.m.

Anyone with information on the suspected arsonist or the incidents is asked to contact the Metro Arson Strike Team (MAST) at 619-236-6815.