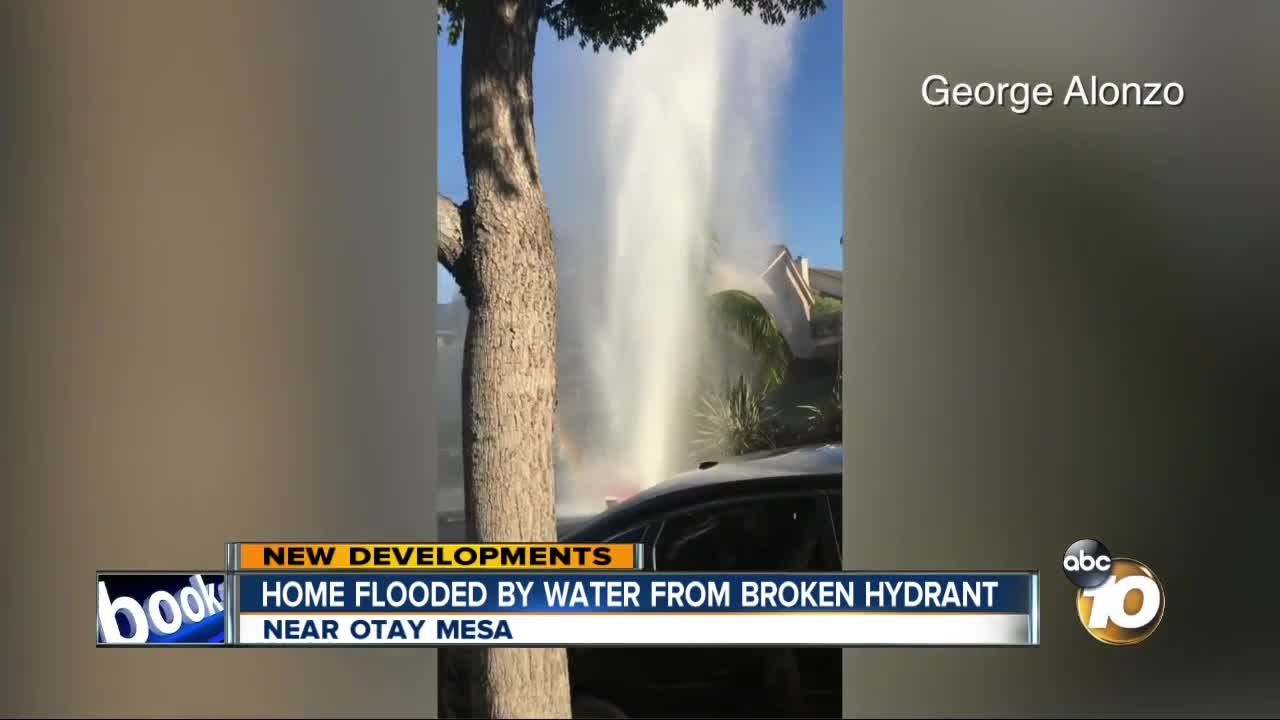 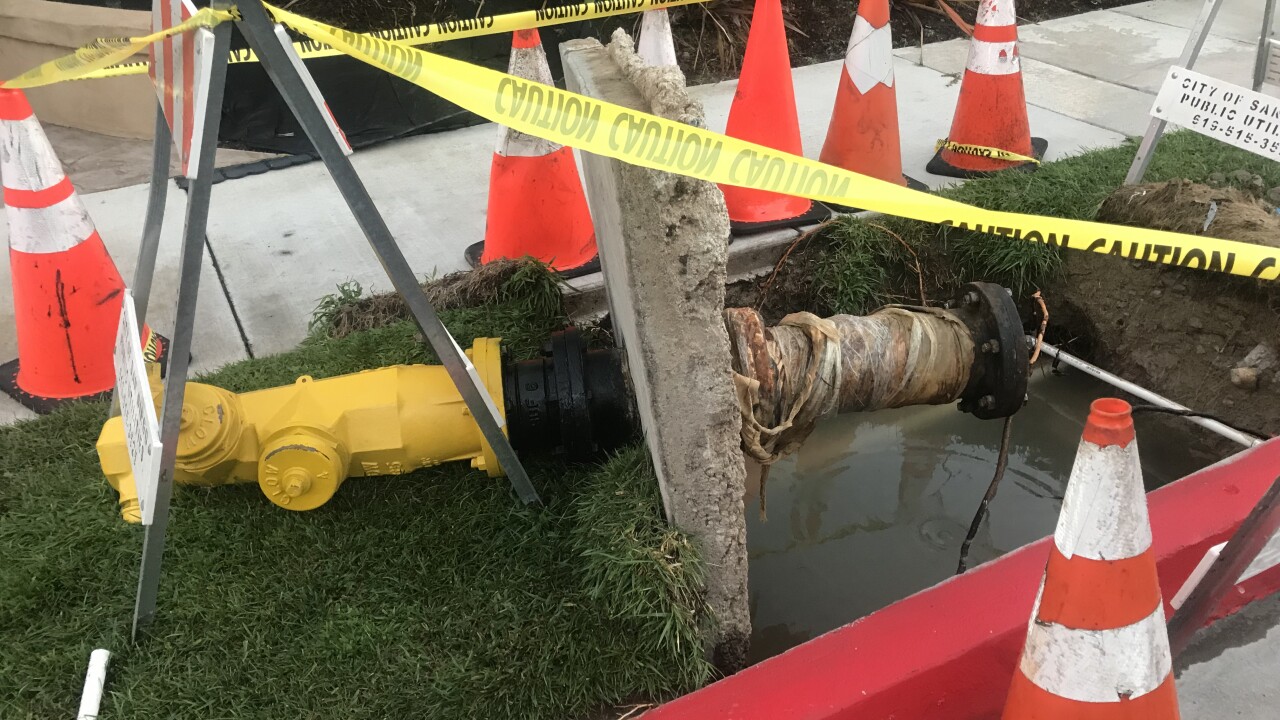 SAN DIEGO (KGTV) - A broken fire hydrant sent thousands of gallons of water gushing into the air Friday, damaging home on the 5100 block of Mariner Drive, near Otay Mesa.

The home received flood damage on the first floor of the house, as well as the yard. The cars in the driveway were drenched as well.

Water was gushing from the broken hydrant for nearly 20 minutes, according to the homeowner, Gary Birtwell.

A neighbor's security video captured what appears to be a white SUV pulling into the curb then hitting the hydrant. Water begins gushing, and the SUV takes off.

Police officers took the neighbor's security video from the scene and were looking for more footage of the incident.