Some embarrassed by homelessness in Ocean Beach during bodyboarding festival 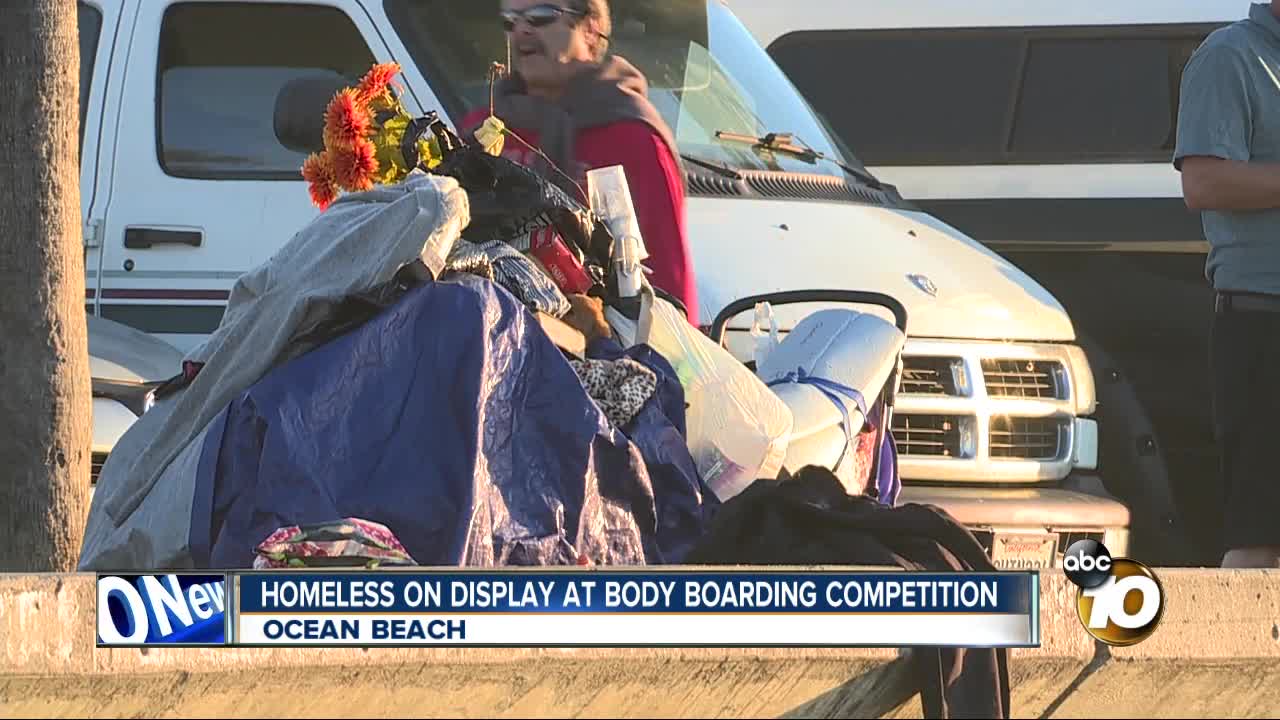 SAN DIEGO (KGTV) -- A San Diegan posted on Facebook inferring he was embarrassed by Ocean Beach's homeless population on display while athletes from around the world were in town for a bodyboarding competition Sunday.

Bodyboarding US Festival was the first event of its kind hosted in Ocean Beach. The competition brought 109 athletes from seven countries.

On Thursday, 10News reported OB residents wanted something to be done to keep homeless people from gathering under the Ocean Beach Pier.

Residents who live near the famous pier said they have seen homeless people doing drugs or in possession of drug paraphernalia -- actions that they feel were stopping families from being able to enjoy the area.

“It was terrible. It was like looking at LA’s Skid Row right under our pier,” resident Chris Reefer said after he checked out the activity Thursday.

San Diego police said they increased patrols during the summer, as part of the Community Policing Division. They are focused on connecting homeless with services, enforcing open container laws and other quality of life issues.

Spectators and athletes seemed unfazed by the issue.

"You just try to go with the flow here and try not to let them bother us too much, it's getting pretty bad," said Ryan Ohr, a competitor from Huntington Beach.

"I personally don't mind it because it is OB, and it is a part of the world no matter where you go, there's people from all walks," supporter and local Kristen Brantley said.