The recipients are all in the Otay Ranch area 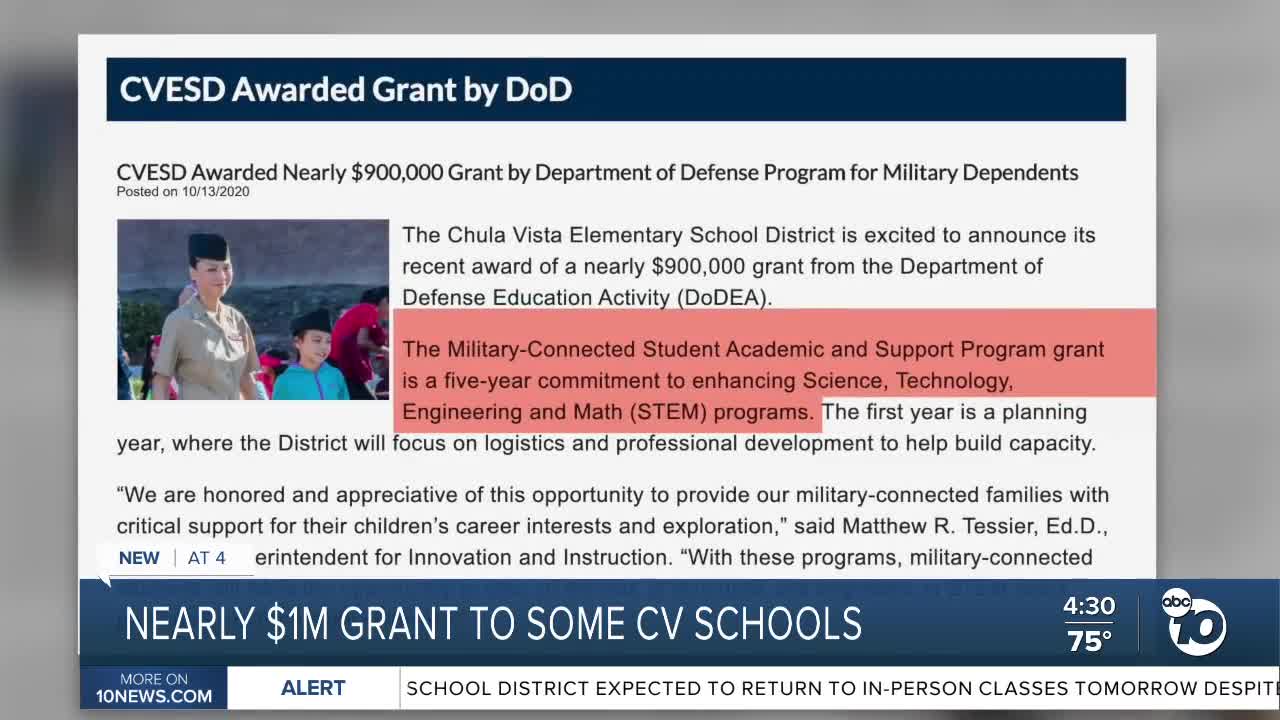 The schools that received the grant are in the Otay Ranch area. School administrators explained why. 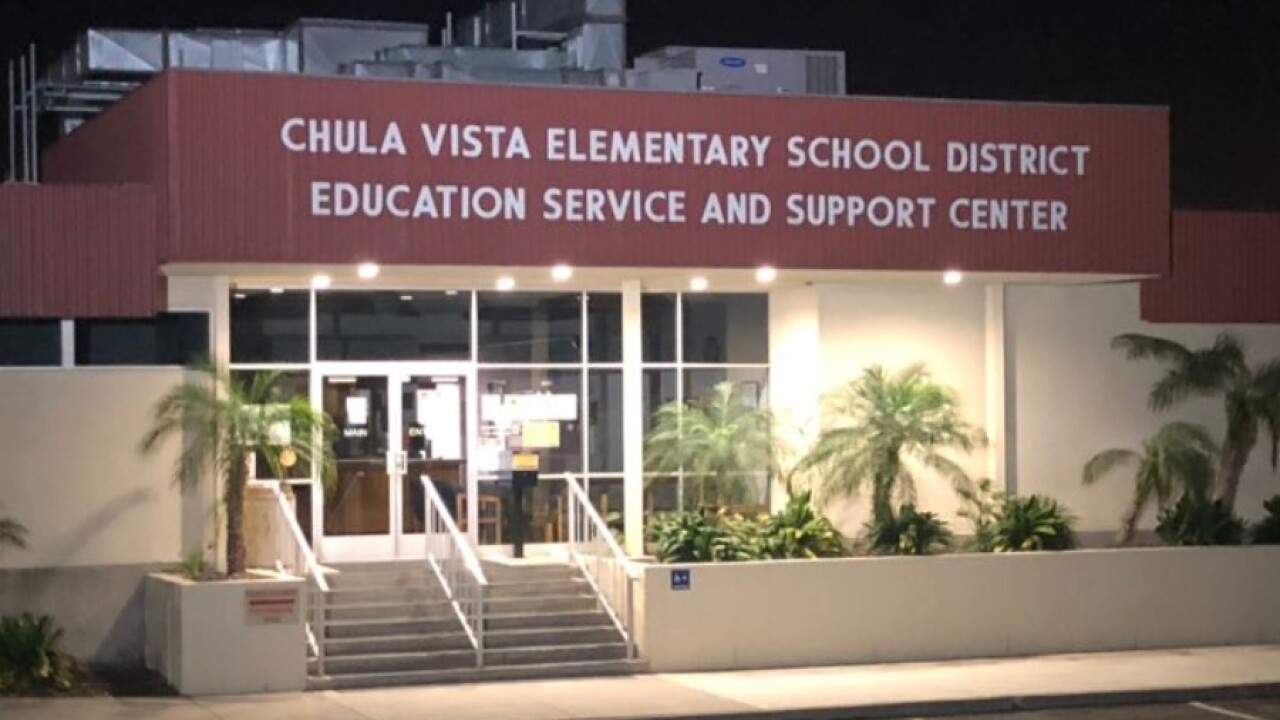 Some parents noticed the recipients of the grant were all schools in the east side of Chula Vista.

“It’s not equal,” one dad told ABC 10News. He didn’t want to use his name, but both of his children attend a school on the west side of Chula Vista.

“They need to find the exact same thing that covers the west side schools,” he said.

The Military-Connected Student Academic and Support Program grant—which is $900,000—is a five-year commitment to STEM, according to a news release from the district.

The schools that will be receiving that grant money included:

All the schools are in the Otay Ranch area.

Matthew Tessier, the Assistant Superintendent for Innovation and Instruction, said the schools were chosen based on the number of military families.

“Part of the grant application is there needed to be 10 percent or higher military-connected children at the school and we picked our top five military-connected schools,” Tessier said. District spokesperson Anthony Millican said the requirement was set by the Department of Defense and no schools on the west side meet the requirement for the grant.

There are 12 schools in the district that have more than 12 percent of enrollment identified as military-connected students, according to the district website.

“We’re really cognizant of supporting our military-connected children because I think a lot of times we forget that they have a lot of unique needs… whether their parents are deployed, whether they have one parent leading a household for multiple months,” Tessier added.

Camarena, Muraoka, and Olympic View all reported more than 20 percent of their students as military-connected. McMillin Elementary was at 19 percent.

The school district’s project is calling “STEAMing into the Health Sciences.” The grant will allow participating schools to have the opportunity to attend the district’s Health Station, which is the latest in a series of hands-on learning stations creating with community partners.

The participating schools will also have access to an online platform to introduce students to industry professionals, host weekly after-school STEM programs for select military-connected fourth graders, as well as provide a 1-week long summer camp for some military-connected students.

The parent ABC 10News spoke to urged school administrators to “find a grant that offers the same to the west side.”