Study: Chula Vista among worst US cities for commuters

SAN DIEGO (KGTV) -- Traffic is a nearly daily occurrence on San Diego County roads, but a new study has some particularly bad news for those who commute to work from Chula Vista.

According to financial technology company SmartAsset, the county’s second-largest city is the 19th-worst city in the U.S. for work commuters. The study shows Chula Vista is actually tied with Oakland, but the Bay Area city is listed at 18th.

The report shows the average Chula Vista resident’s work commute is 30.9 minutes. The city has seen a 15.3% increase when it comes to the 5-year change in the average commute.

Of Chula Vista’s commuters, 11.4% have a commute that is over an hour.

The other half of the worst 10 cities: Baltimore; Miami; Glendale, Arizona; New York City; and Long Beach, California. 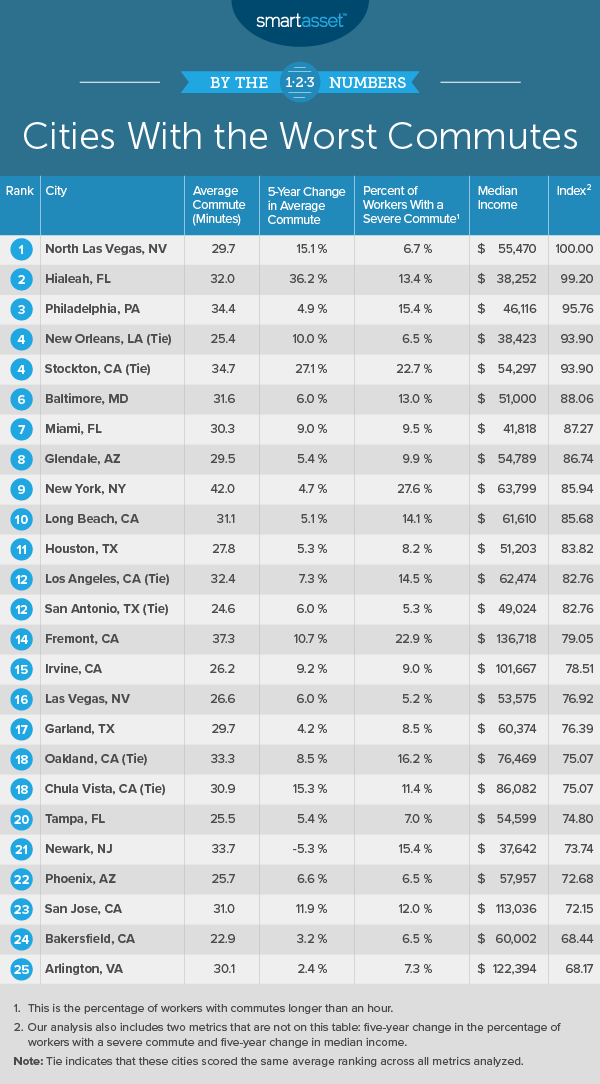 “For many Americans, commuting requires a substantial amount of time and money. In fact, the 80% of commuters who drive alone to work spend roughly $16 billion annually on fuel, vehicle maintenance and time spent on the road," the report shows.