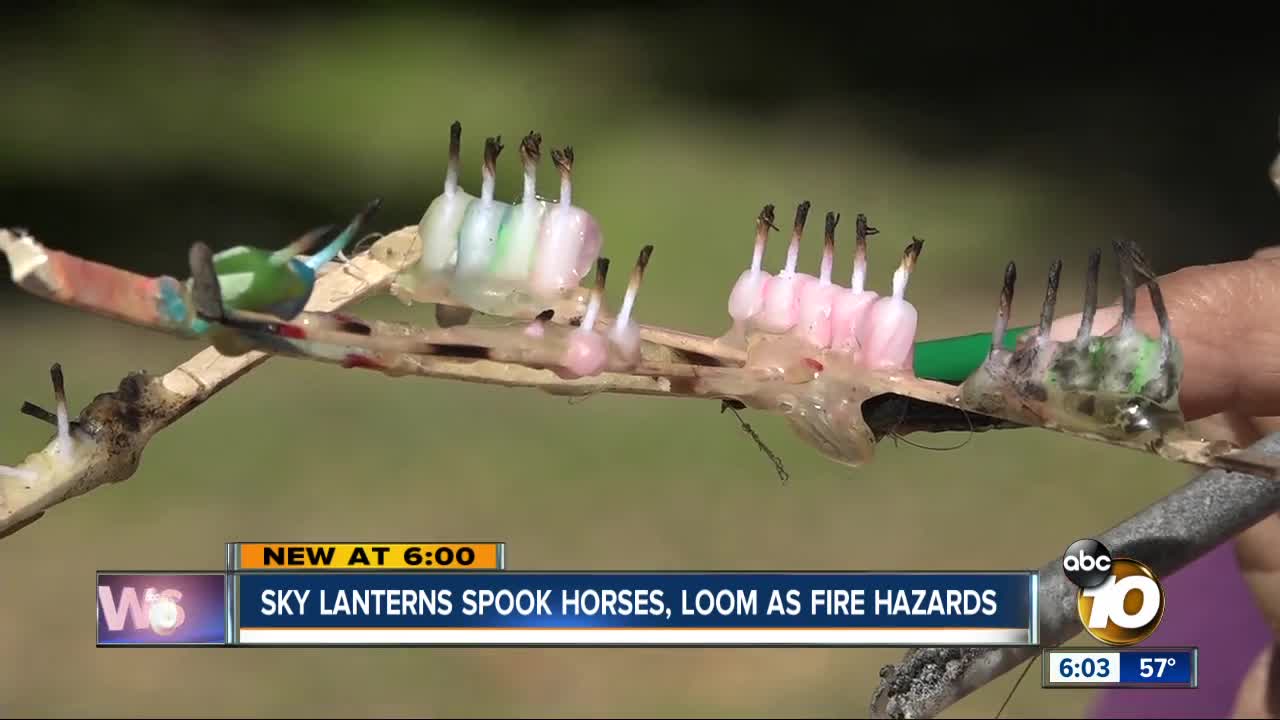 An Alpine family woke up to panicked horses and a disturbing sight near their house: the remnants of burned sky lantern. 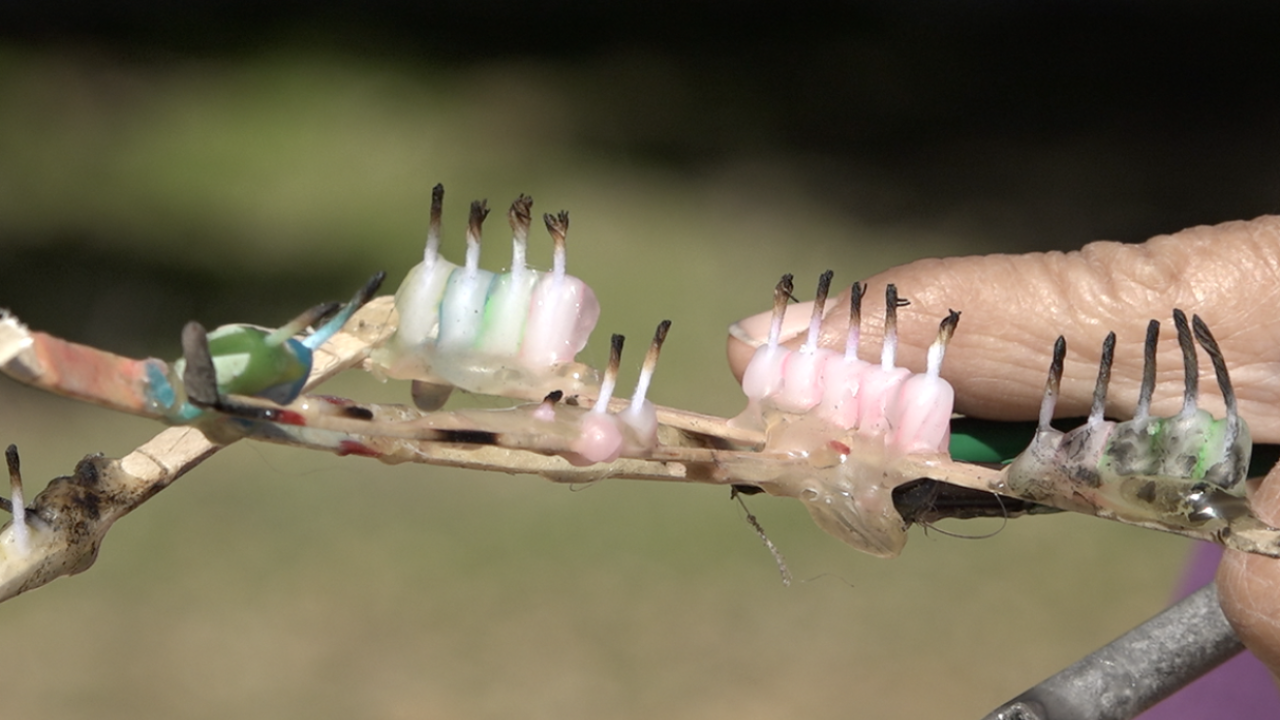 ALPINE, Calif. (KGTV) - An Alpine family woke up to panicked horses and a disturbing sight near their house: the remnants of burned sky lantern.

"Noticed the horses were panicking and running back and forth in their pens," said Lucy Olivier.

Along Japatul Valley Road, Olivier and her husband woke up Saturday morning to terrified horses, bathed in sweat. One of them had injured his leg. The source of the horses' fear was just feet away: the burned-out remnants of a sky lantern. Banned in California, the small hot air balloons use candles to spark their flight.

In the one Olivier discovered, there were birthday candles sitting on popsicle sticks, attached to straws and a large garbage bag. It landed near dry brush not far from the main house, an ominous sight in an area prone to wildfires.

"We were infuriated. Thank God it didn't start a fire, but it could have," said Olivier.

In San Carlos, another anxious, but grateful family reported discovering a similar device and some burn marks on their roof on New Year's Day. It's the second time they have discovered a sky lantern on their property since Thanksgiving.

Some 30 states have now banned sky lanterns, the suspected cause of wildfires from Utah to Washington to South Carolina. In Germany, police believe the device caused a fire at a zoo on New Year's Eve that killed more than 30 animals. It is the type of tragedy Olivier fears could be one lantern flight away, somewhere in San Diego County.

"You never know where it's going to land or what kind of damage it could cause," said Olivier.

Olivier says her injured horse should be okay.

In Germany, a mother and her two daughters are being investigated for possible charges of negligent arson in the zoo fire.