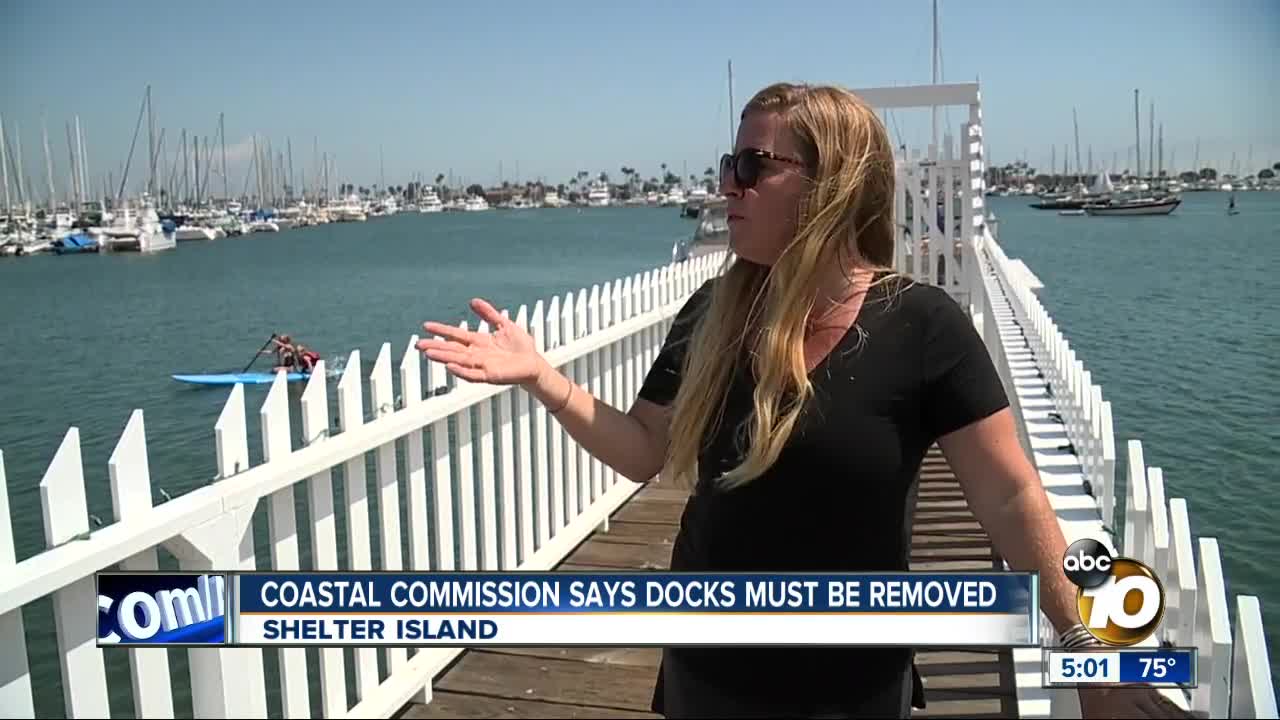 POINT LOMA, Calif. (KGTV) — Some residents in Point Loma are frustrated that they are being forced to remove their family-owned docks off Shelter Island. The mandate is part of the Port of San Diego's new Port Master Plan.

Cameron Driscoll Lilley says her family's dock near Scott St and Bessemer Street is more than just an heirloom, it's significant piece of history in the community.

Since then, her family has shared their dock with the public from sunrise to sunset. The deepest end portion of the pier is locked for safety reasons. She said this is an expensive endeavor but well worth the smiles it provides to visitors.

"The insurance, maintenance, the upkeep, and the liability that we are exposed to. But it's worth it because it provides an opportunity for people in this community and beyond to interact with the waterfront in a way that they wouldn't get to do," Lilley said.

Lilley said there are people from all over San Diego who enjoy walking on their dock to watch the fish and stingrays swim under their feet.

But the Port of San Diego says their dock is not technically docked on their residential land, and because of that, it must come down.

"They want to tear out a piece of our historical landscape," Lilley said.

According to the California Coastal Commission rules, it cannot allow residential uses on land the agency governs. Lilley's only other choice is to make the dock available for the public 24/7. But she sees that as a safety hazard.

"The most tragic thing would be if somebody was out on the end and fell and or drowned or got hurt in a boating accident off of the pier," Lilley said.

The Master Plan has no mention of hiring lifeguards if it becomes public.

"I think they are driving an agenda of tourism and revenue and of course San Diego needs that. But I am disappointed that the Port Master Plan hasn't prioritized the residents of this neighborhood," Lilley said.

The Port of San Diego is welcoming all comments at their next Community Discussion. It will be held on Wednesday, August 28, 2019, at 5:30 pm at Portuguese Hall.