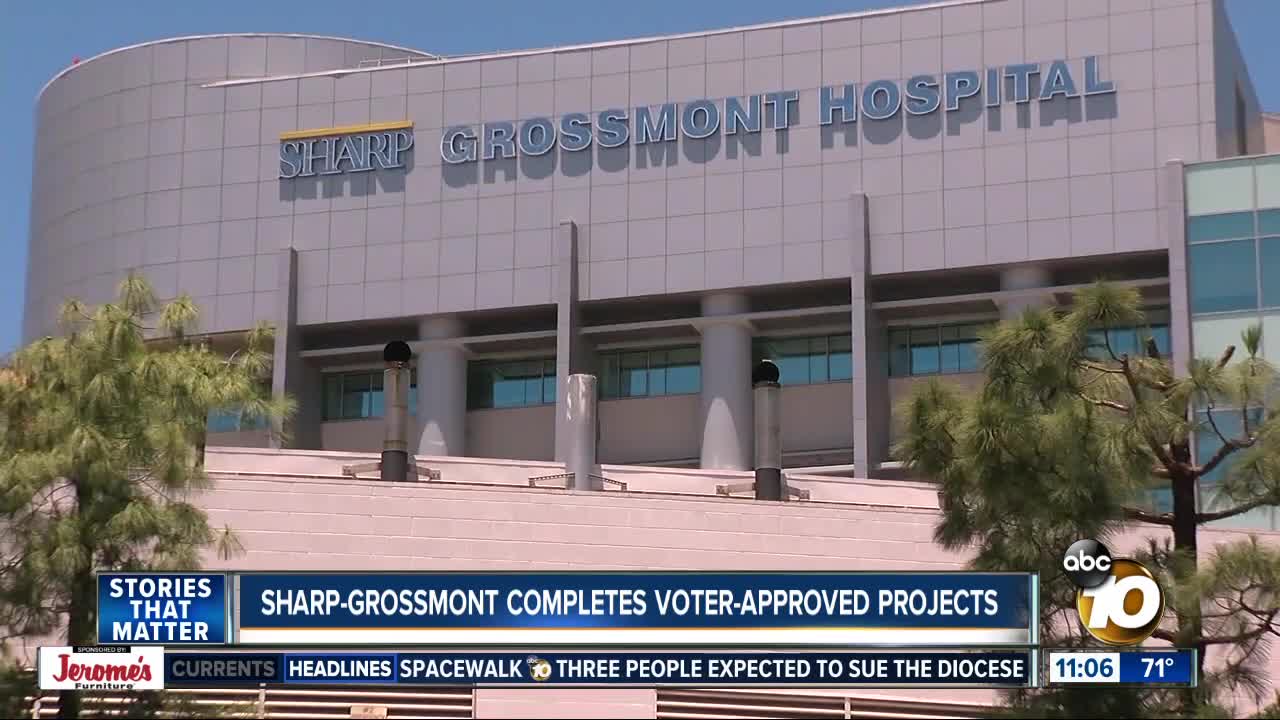 On Friday, hospital leaders released their final report on the completed project.

In 2006, East County residents voted to improve the hospital so they could have a state-of-the-art health care center close to home.

"This is the East County and the east region's only hospital," said Barry Jantz, CEO of Grossmont Health District. "Sharp- Grossmont Hospital has been here for years, and it was really important that we find ways to improve that."

Voters passed Proposition G to fund those improvements. The $247 million bond received over two-thirds of votes.

Last year, the hospital opened its doors to its new Heart and Vascular Center. The $96 million facility is the only dedicated cardiovascular center in East County. It has new multi-purpose surgery rooms, an expanded pharmacy, and a lab.

"Sharp Grossmont has made an application to be a comprehensive stroke center," said Jantz. "That's being able to provide the most significant stroke care, around the clock 24 hours, because you have specialty providers there at all times."

In 2016, the hospital completed construction for its Central Energy Plant. The $59 million building can generate 100 percent of the hospital's electricity needs on-site. It is also powered by natural gas.

The Grossmont Healthcare District and Sharp Grossmont have a partnership that will continue until at least 2051.

10News has learned the hospital is now coming up with a master plan to see what upgrades can be done in the future.