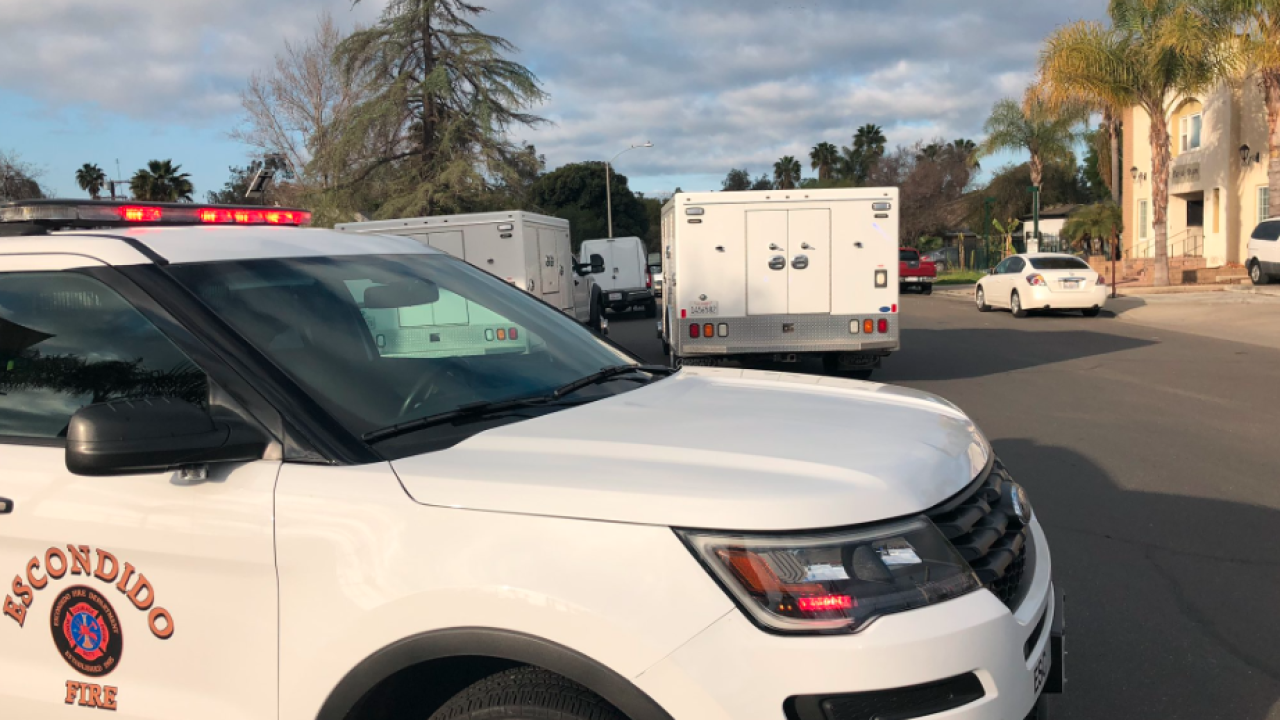 Someone set fire to the Islamic Center of Escondido on West Sixth Avenue around 3 a.m, but a handful of worshippers was inside, and the group put out the fire before it caused any significant damage. When police arrived, they found a message in graffiti referencing the recent shootings at mosques in New Zealand.

"They accept the faith of what happened, others are very, you know, worried as well. It's a mixed mood," said Khelil Ouznali, vice chair of the board of directors.

The center already has surveillance cameras all over the property and guards on duty, but now the directors are considering hiring armed guards.

On the campus of San Diego State University Monday, dozens of students rallied against hate.

They marched through the student union chanting,

Faduma Mohamed is a member of the Muslim Student Association.

"It just goes to show there's a lot of hate against us, but although some people can attempt to destroy Muslims, Islam itself the religion, cannot be destroyed," said Mohamed.

The group posted pictures of the lives lost in the shooting rampages at the mosques in New Zealand and the attack at a Jewish Synagogue in Pittsburgh.

"It doesn't matter what race, religion or color you are, every human life matters and we share a common denominator of a soul and spirit and that they should take part in respecting these people whose lives were lost," said Mohamed.