Park can operate under state guidance for zoos 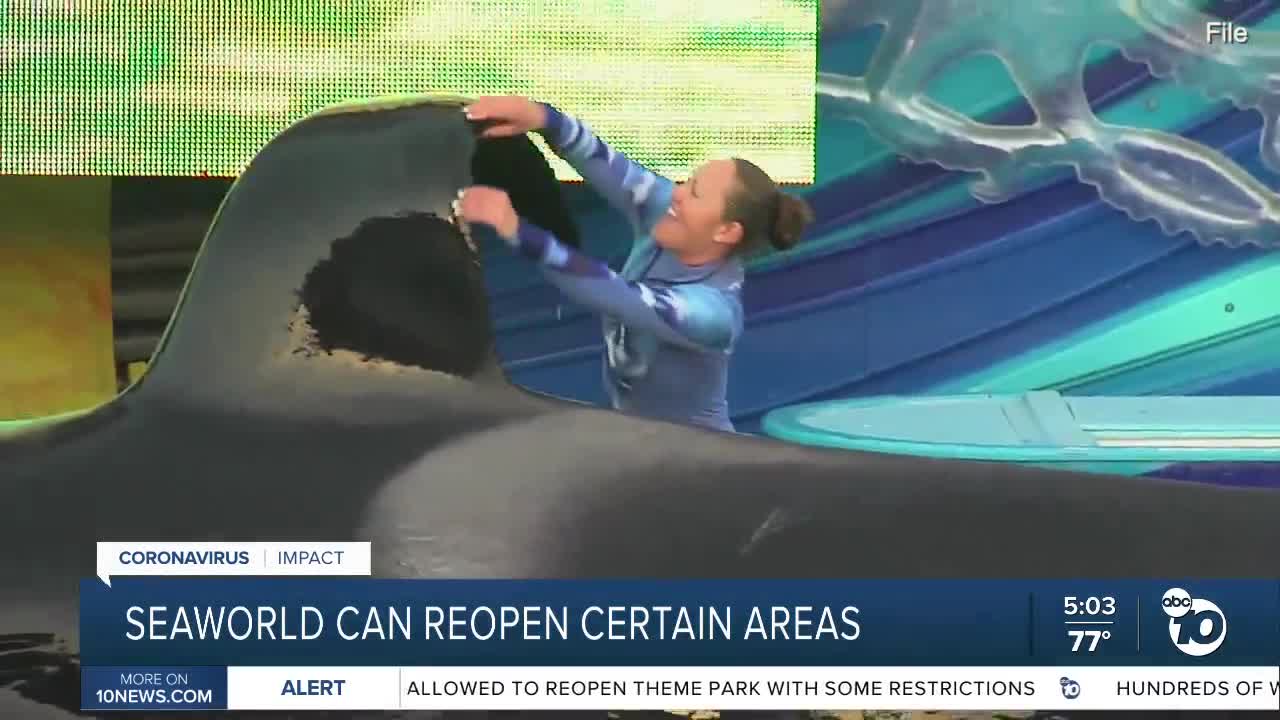 Indoor attractions and rides will not be open. No dates have been announced. 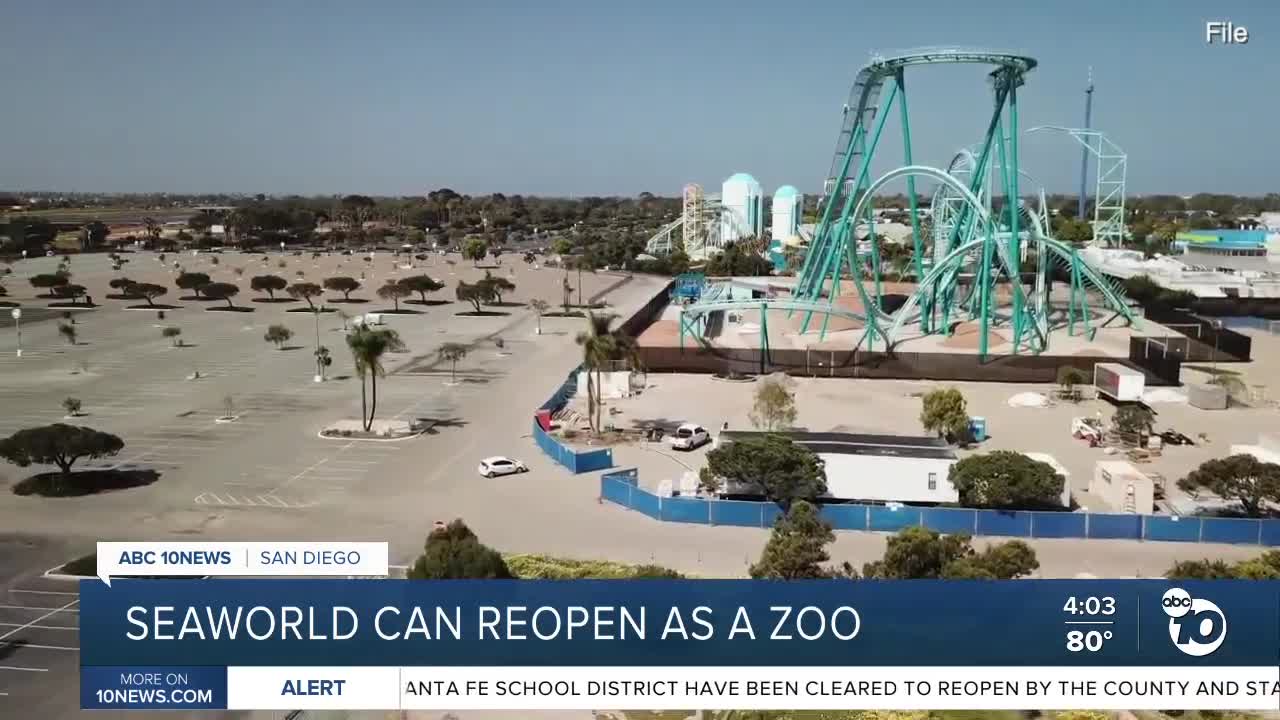 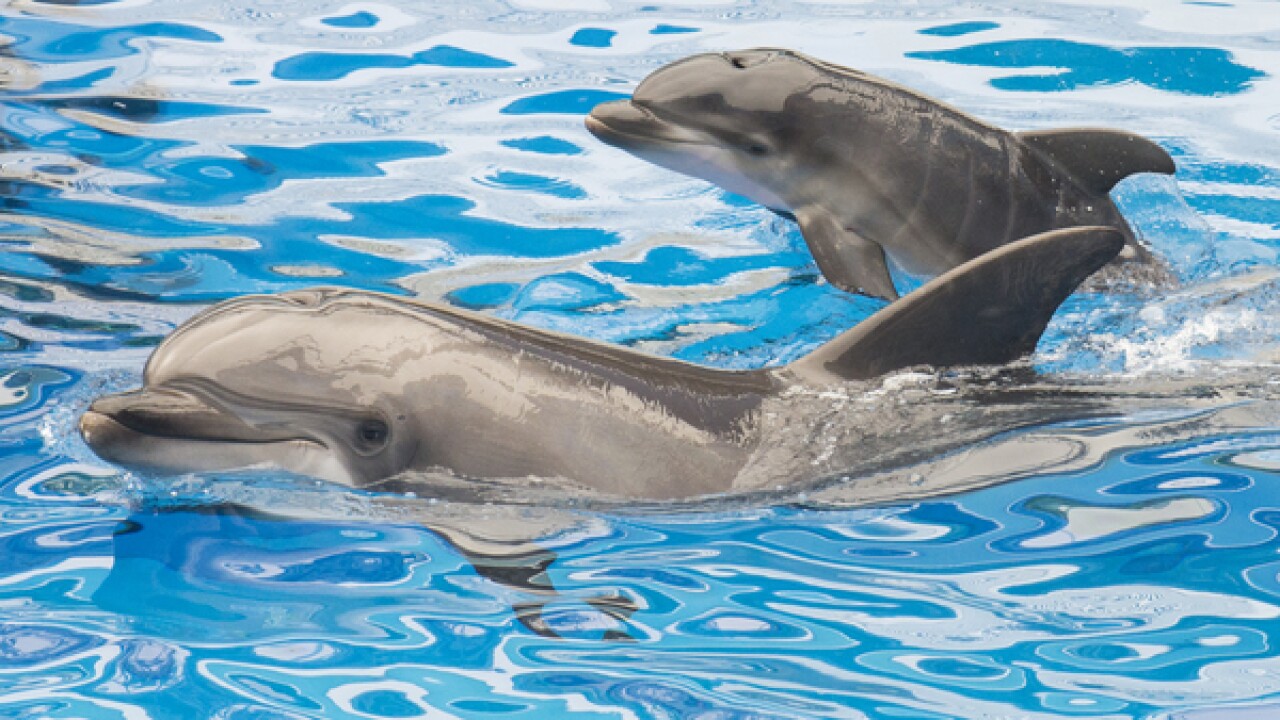 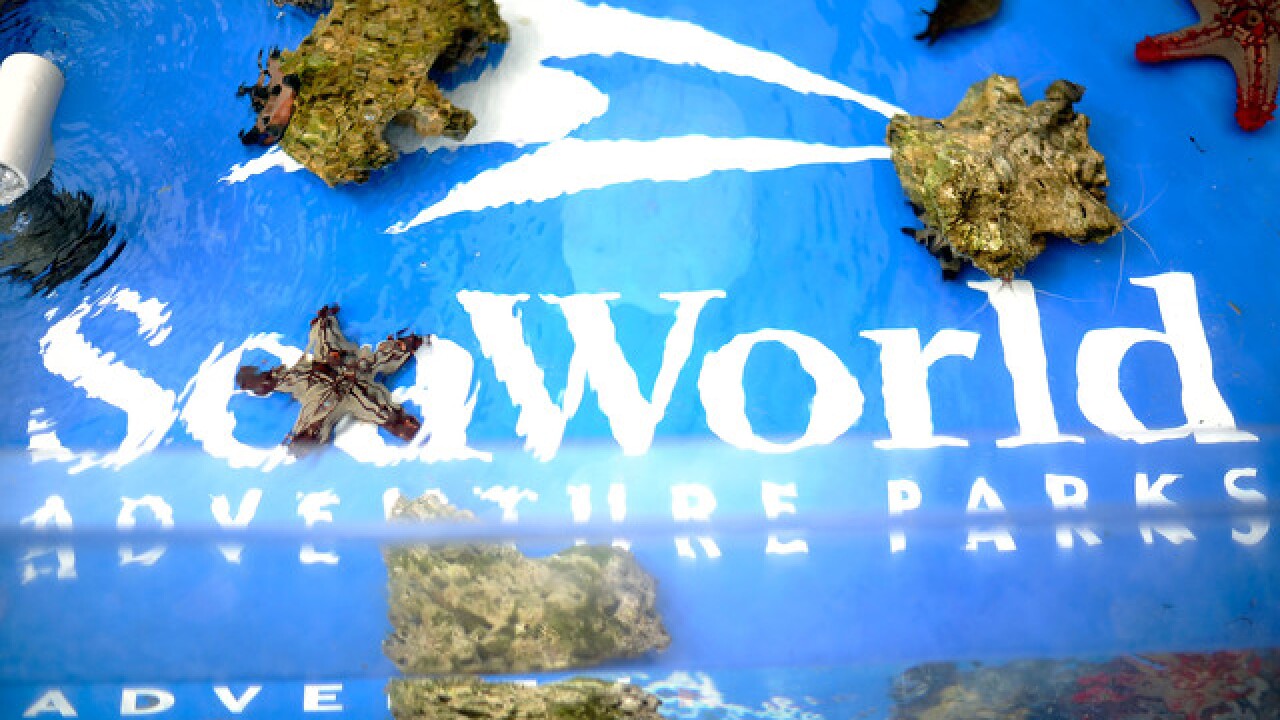 SAN DIEGO (KGTV) -- SeaWorld San Diego is being allowed to reopen, but certain parts of the park will have to remain closed, a San Diego County spokesman said.

A county spokesman told ABC 10News that the park is being allowed to reopen under California’s guidance for zoos.

SeaWorld San Diego will be able to open its outdoor areas of the park, but indoor areas -- such as its aquariums -- and rides will not be open to guests under the specific zoo guidance.

Under the zoo guidance, the park will have to post a Safe Reopening Plan like other businesses.

It remains unknown when the park will officially reopen; SeaWorld San Diego officials did not immediately respond to ABC 10News’ request for comment.

The park has been closed since March due to the coronavirus pandemic. The park's website states that for season passholders, tickets will be extended as long as the closure lasted.

The company’s most recent earnings report revealed troubling numbers from the second quarter and first six months of 2020, including revenue down 96 percent compared to the same time last year.

Parents around San Diego said the news is a welcome sign after a summer of closures. Raquel Cusi said her four kids ask when they can go back to SeaWorld on a daily basis.

"For me I feel like I’ve been born and raised in San Diego, SeaWorld is a staple, and the fact that we can’t be there is sad, so I think it’ll be really awesome for San Diego families," said Cusi.

Claudia Harris is a mom of three and said her kids love going to see the killer whales. In a zoom call, the kids all shared their excitement.

"I’m so excited to watch the killer whale show because the whales are so cool," said her son, while holding a whale toy.

SeaWorld is joining the San Diego Zoo and the USS Midway in partial reopenings, but a LEGOLAND spokesperson said they have not been told when that park will reopen. LEGOLAND General Manager Kurt Stocks said, in a statement, “LEGOLAND California Resort is ready and eager to open once the state and county guidelines are given. All health and safety guidelines that have been approved for other San Diego attractions can easily be observed at our Park even if it means closing the very few indoor attractions.”