SDPD officers respond to reports of armed man in Hillcrest 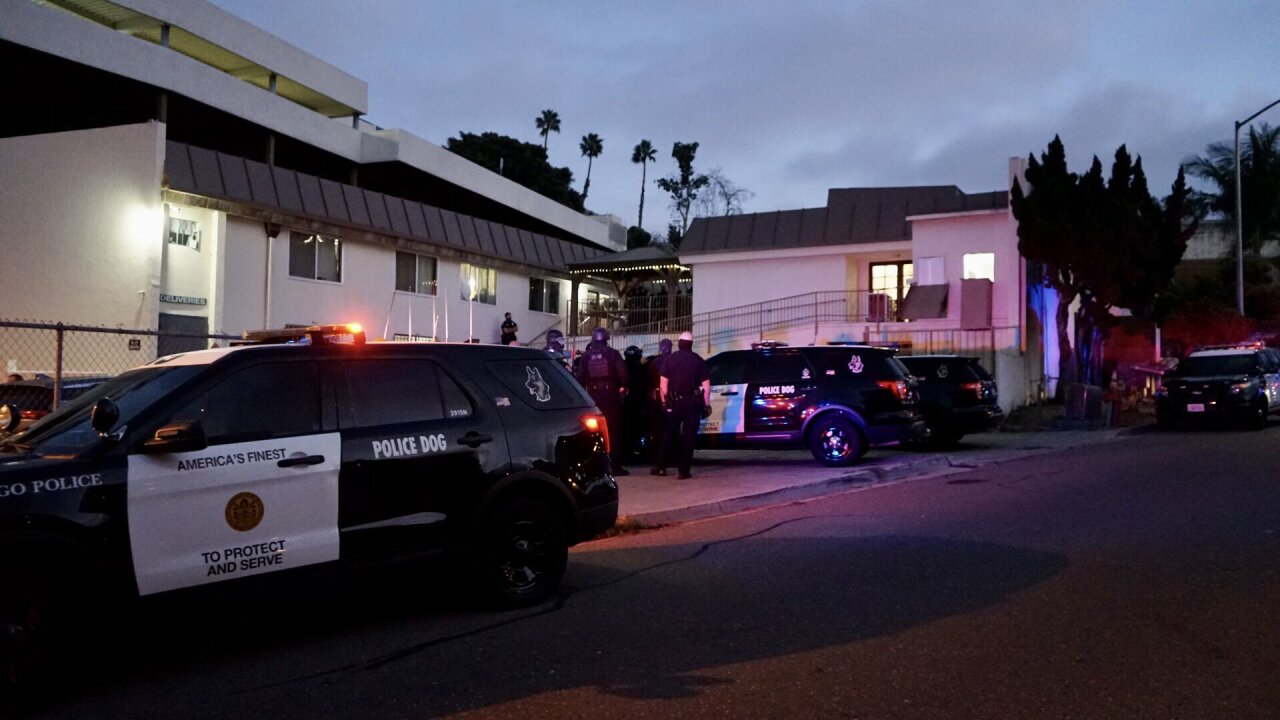 A man has been taken into custody after an hours-long standoff with officers at a Hillcrest rehabilitation center.

According to SDPD's official Twitter page, the incident started around 4 p.m. after receiving reports about a man with a gun in the 4000 block of Sixth Avenue, east of Scripps Mercy Hospital San Diego.

Police told 10News that around 4 p.m., an employee of the Hillcrest Health and Rehabilitation Center found a homeless man showering in a facility bathroom-laundry room.

The man barricaded himself in the bathroom and has refused to speak with police. He has also vandalized the room using a fire extinguisher.

The room is isolated away from the rest of the rehabilitation center, so patients there have not been evacuated but are being told to shelter in place.

Police have called on the department's Emergency Negotiating Team and a SWAT team to assist with the incident.

"A number of resources are being committed toward the goal of a safe and successful conclusion to this event for all involved," police said in a tweet.

The standoff has shutdown area roads to motorists, including the University off-ramp from 163 south.

"Northbound 6th from University and the University off-ramp from 163 South are also closed," police said.

No further details were given at this time.

Stay with ABC 10News for updates to this developing story.

For the past 2 hours we have been attempting to contain & make contact with a man we believe is armed with a gun.

The incident began after we were called about a man with a gun in the Hillcrest area. pic.twitter.com/vjsnzvEvc7