SDPD launches probe into use of force during Chicano Park arrests 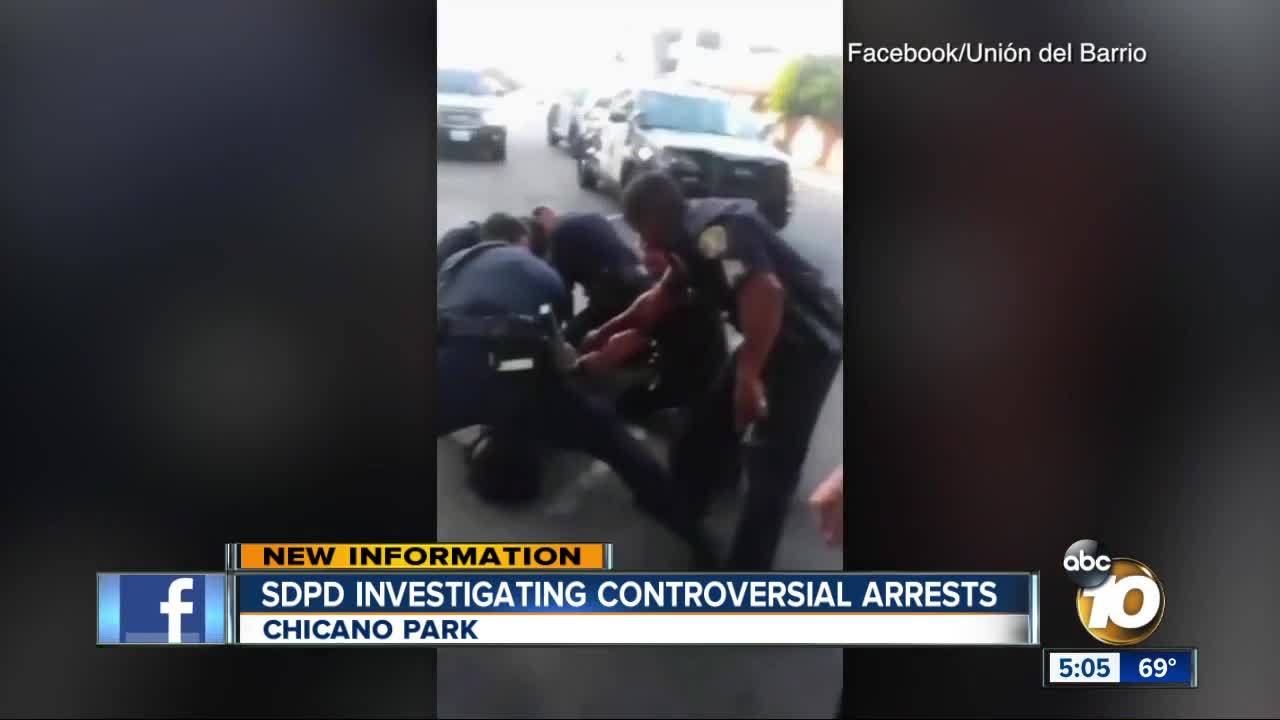 Dozens of people took part in a peaceful protest outside of the County Jail in downtown San Diego late Thursday night to demand the release of a man arrested at Chicano Park.

SAN DIEGO (KGTV) - San Diego Police released details Friday about the controversial arrest of a man and woman in Chicano Park involving use of force.

Georgina Mercado, 35, interfered with a traffic stop being conducted Thursday, police said. Her three children, ages eight, seven, and four, were with her at the time.

22-year-old Eddie Alvarez arrived on scene with another woman who said they would take custody of the three children, according to SDPD Lt. Shawn Takeuchi. Alvarez wore a bandana over his face and refused to identify himself, police said.

Officers “could not release the children to the custody of Alvarez without knowing who he was,” said police.

“This contact escalated to the point that officers arrested Alvarez for interfering,” Takeuchi wrote in a news release.

Police said Alvarez refused to put his hands behind his back and struggled with officers.

“Officers used strikes while they forcefully moved his arms behind his back,” police said.

Alvarez was handcuffed and taken to jail.

“Anytime force is used, we take it extremely seriously. We have initiated an internal investigation into the force that was used last night,” Takeuchi said.

Hours after the arrest, dozens of people gathered outside the San Diego Central Jail downtown to demand Alvarez’ release.

The group said Alvarez had been recording the arrest of Mercado, who they described as a community activist.

One demonstrator said, “While he (Alvarez) was filming police, they came out and told him to stop recording. He said, ‘No, I don’t feel safe, I’m going to keep recording, especially with my girlfriend right here with the kids,’ and they didn’t like that … The cops ended up jumping him and rushed him to the ground and started punching him in the ribs. He wasn’t resisting whatsoever.”

Mercado was booked on suspicion of resisting an officer, a misdemeanor charge, and was being held on $5,000 bail.