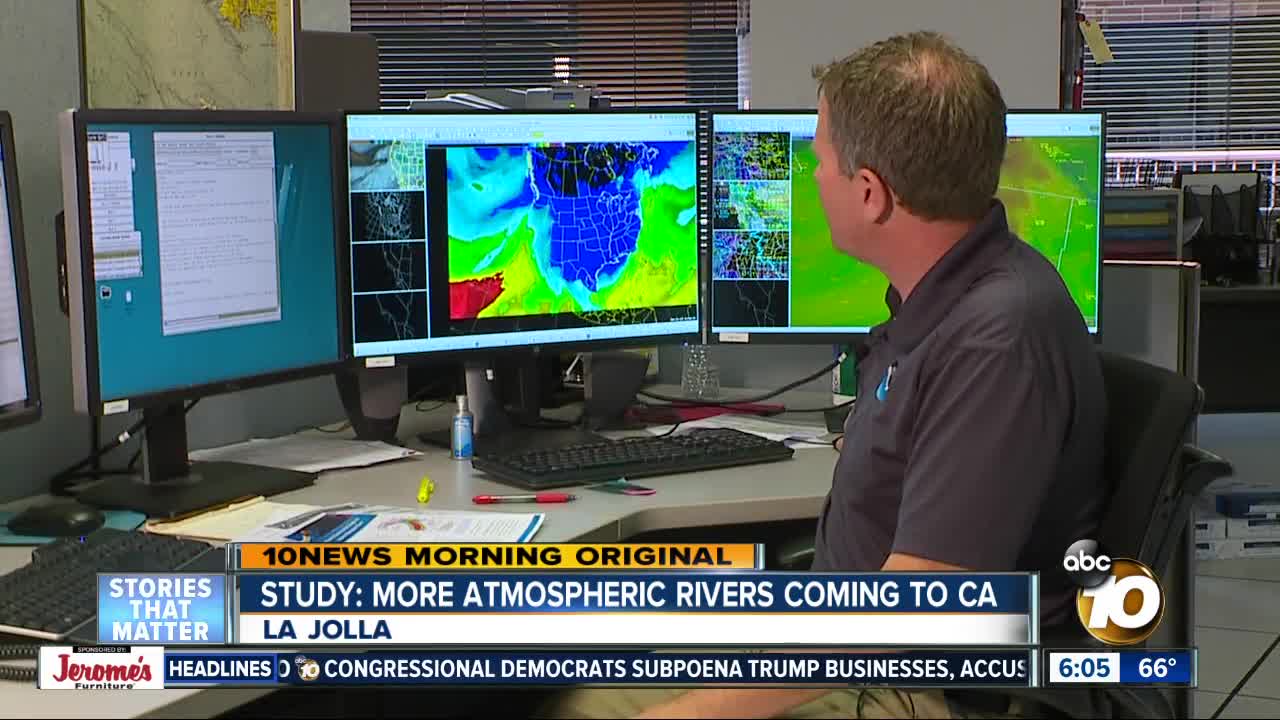 A study from the Scripps Instituite of Oceanography says that California will get more of its rainfall from atmospheric rivers over the next 80 years. That could lead to more flooding and also more extreme droughts as smaller rain storms become less frequent. 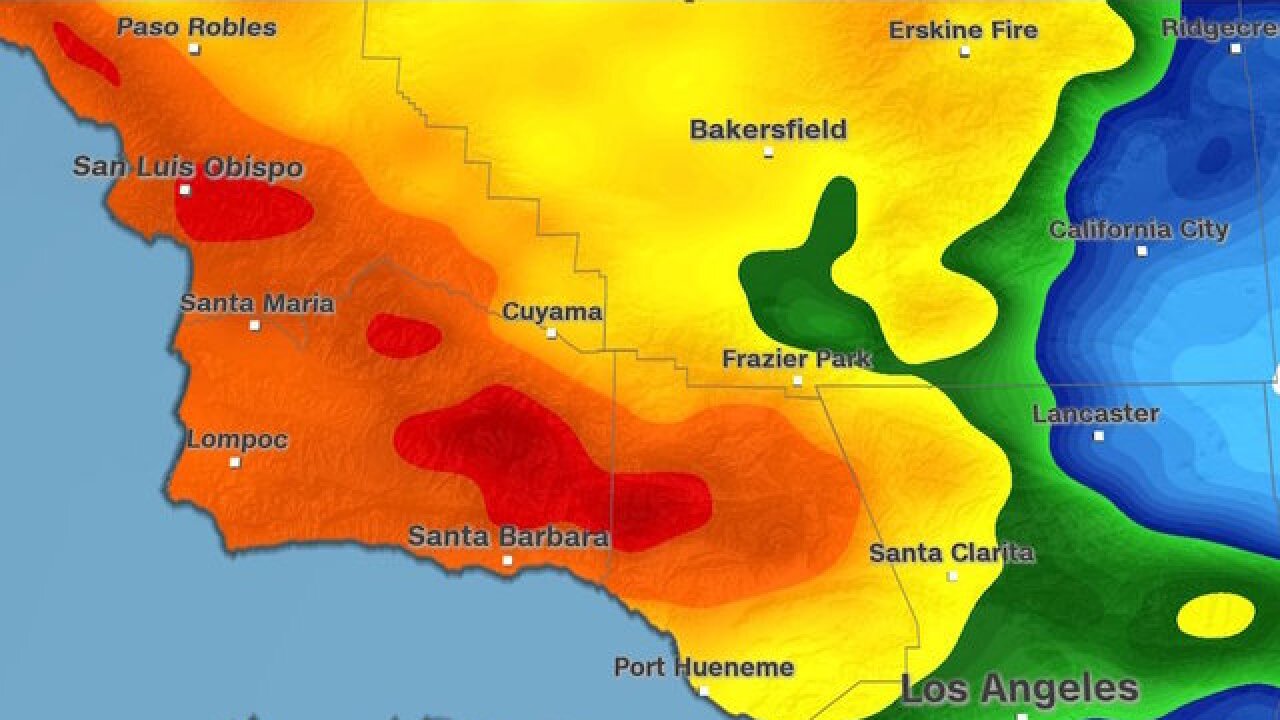 LA JOLLA, Calif. (KGTV) - Scientists at the Scripps Institution of Oceanography say atmospheric rivers will be the main source of California's rainfall over the next 80 years.

"This region is becoming more sub-tropical and the dry season is expanding," says Alexander Gershunov, a research meteorologist at Scripps. "That is the case with all of the Mediterranean climate regions around the world."

Right now, the study says California gets 40-50% of its annual rainfall from atmospheric rivers. Those are long, drawn out rain events that last for days. San Diego experienced several of them this past winter, leading to record rainfall.

"These are warm storms," says Gershunov. "The mountains squeeze the rain out of them."

The study says the dry periods between the storms will also be longer, leading to more dead brush and drought-like conditions. That could raise the likelihood of brush fires extending well into the winter.

The study looked at atmospheric river data from the last 70 years and also predictive models for the next 80 years.

Gershunov says this new information means the state will need to increase the amount and type of tools we use to manager water.

"This is really talking about decades into the future," he says. "These are the kind of time scales we need to understand to envision what the future of water resource management will look like."