Mission to find new animals and minerals on ocean floor 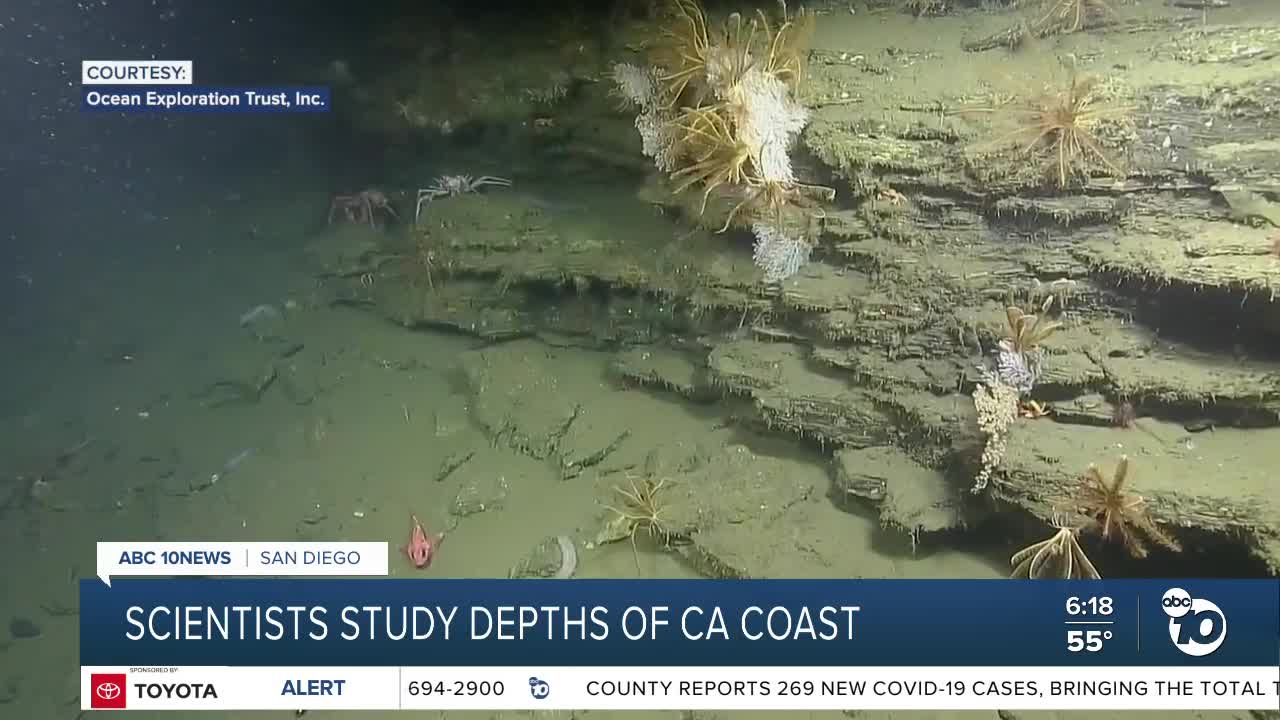 Researchers from the Scripps Institution of Oceanography will use a remotely operated vehicle to explore the ocean floor off the California coast. They hope to study deep sea minerals and organisms to determine potential uses by humans. LA JOLLA, Calif. (KGTV) - On Wednesday, a team of researchers from the UC San Diego Scripps Institution of Oceanography will begin a 9-day exploration of the deepest parts of Southern California's coast.

Sailing on the Exploration Vessel Nautilus, they'll use a Remote Operated Vehicle called "Hercules" to dive to the bottom of the ocean.

"Part of our mission is purely exploration," says Professor Lisa Levin, one of the researchers on the trip. "We're visiting places nobody's been to."

The team will search 9 spots off the coast of Los Angeles and San Diego, located on an area of the Continental Slope called the "Borderlands." With various canyons, ridges, and seamounts, the depths range from 1,300 to 6,500 feet.

"We've selected sites that were dredged sometimes in the 1930s and 40s," says Levin. "Nobody's actually been down and looked with their own eyes, or with the aid of a camera to see what actually lives down there so that that's the exploration mode we're in."

The researchers hope to collect samples of marine life and also minerals like phosphorus and manganese. They'll also look for bacteria in the sediment.

Once collected, the team will study if any of it has potential for use by humans, either as medicine or other mineral-based purposes.

The exploration will also help establish a baseline of what the ecosystem looks like now, so it can be protected in the future.

"We'll be looking at the microbes that live in sediments," says Levin. "To look at the potential of these microbes to produce chemicals that can cure cancer or provide aid in industrial processes. There's a variety of ways we humans might be able to use this."

Part of the mission will also allow other people to take part in the exploration. The entire voyage will be live-streamed at www.nautiluslive.org and on YouTube and social media. Levin says this will help more people understand the importance of the ocean and their work.

"We believe very important to make the public aware of what's in the deep ocean and why it's important, why they should care about it, and there's no better way than allowing people to view it with their own eyes," she says.