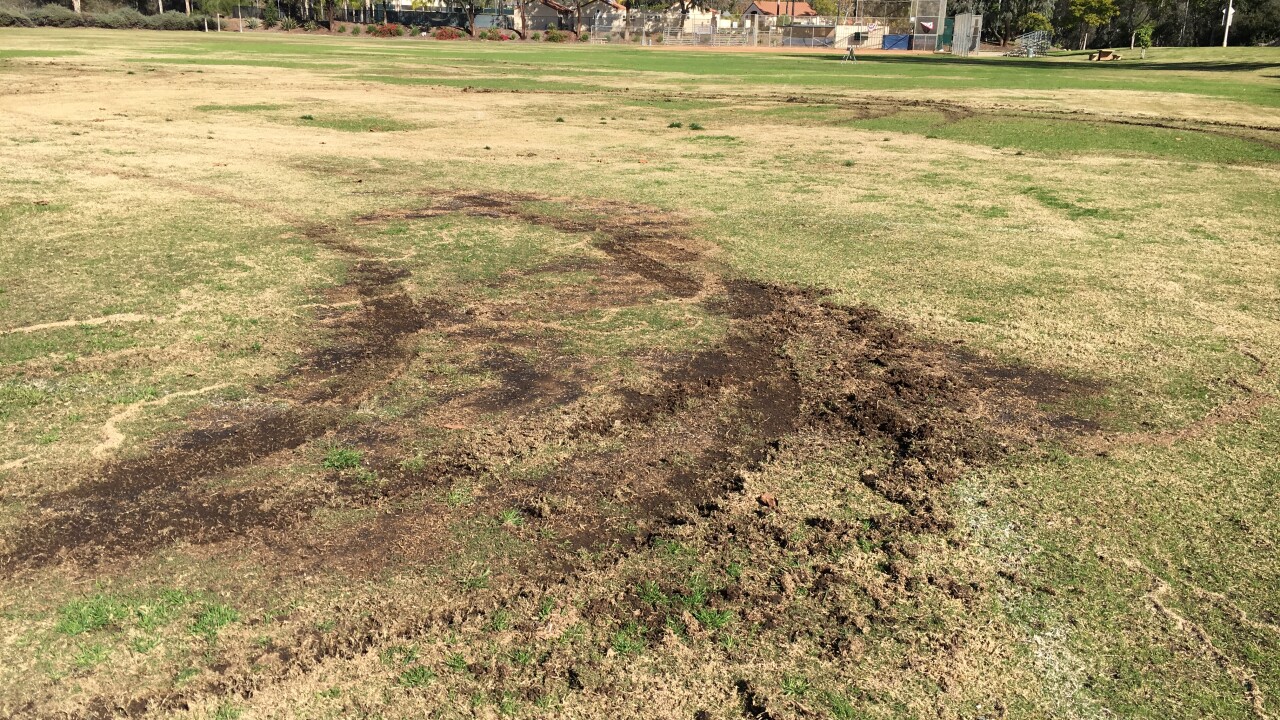 Copyright 2018 Scripps Media, Inc. All rights reserved. This material may not be published, broadcast, rewritten, or redistributed.
Steve Fiorina

The incident was reported over the weekend at Jerabek Park at 10150 Agenda Magnifica. Someone in what neighbors believe was a large truck drove in circles on the field, raising the turf.

“This type of destruction of our field, we’ve seen it a couple of times before; it’s really got to stop,” said Steve Trifoglio, who plays ball at the field.

An update Monday indicated a landscape contractor was able to tamp down some of the raised turf. However, 21 sprinkler heads were broken, raising safety concerns for anyone running or walking on the field.

The SRCA filed a police report, saying damage was estimated at $10,000.

“This is Scripps Ranch and we shouldn’t be having things like this here,” said Trifoglio.

Anyone with information was asked to call San Diego Police or the SRCA at president@scrippsranch.org.