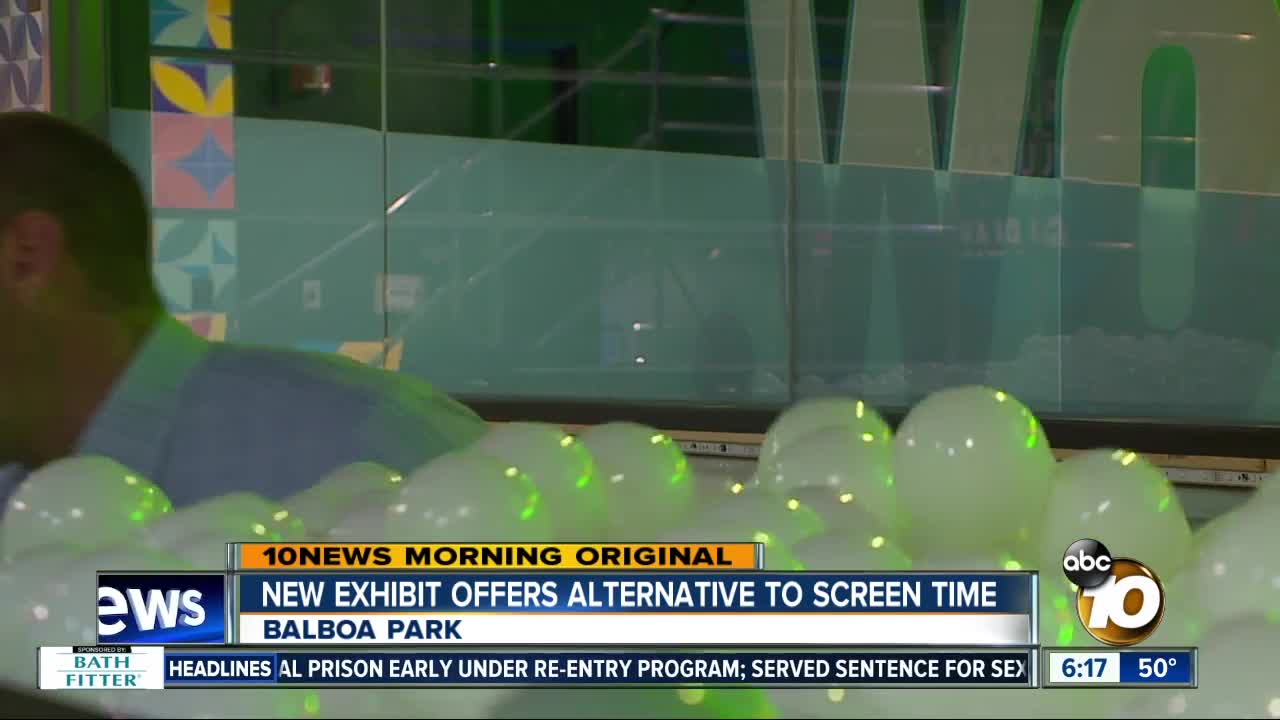 The Fleet Science Center's new exhibit, "Pause/Play" offers hands-on activities as a way to teach kids and adults about the importance of play and how it helps us connect to each other. 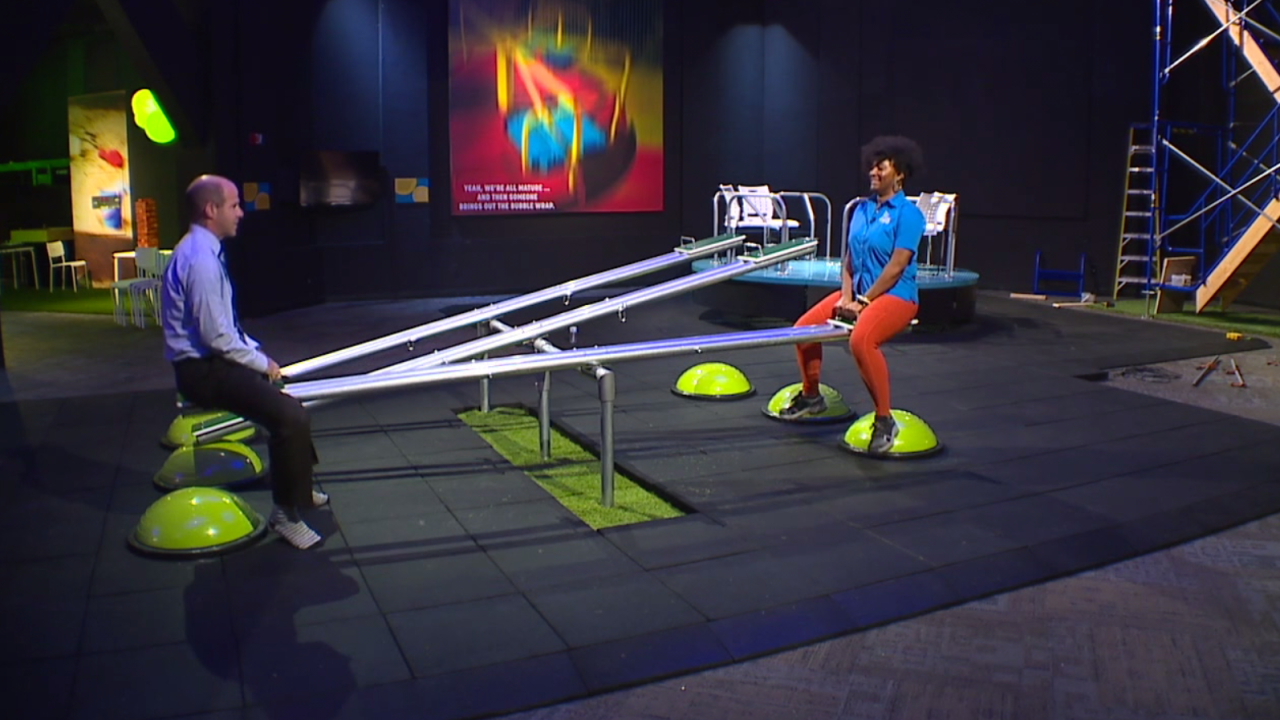 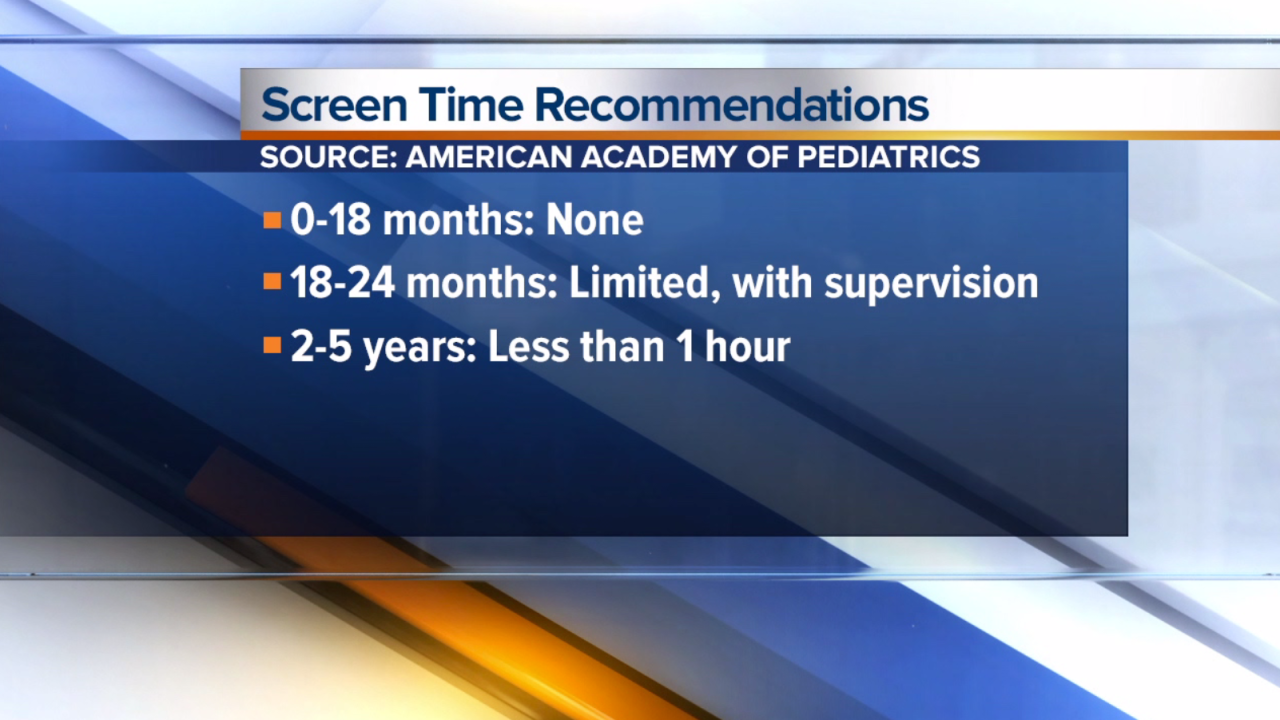 SAN DIEGO (KGTV) - A new exhibit at the Fleet Science Center is giving visitors a chance to play on an oversized, indoor playground.

The exhibit, called "Pause/Play," is designed to force kids and adults to take a break from their busy lives and their cell phones and reconnect with activities from their youth.

"It's fun!" says Science Center exhibit project supervisor Ashanti Davis. "There are cognitive and social behaviors that you learn while doing play. It's relaxing."

The exhibit features playground equipment like slides, see-saws, merry-go-rounds, a maze, a ball pit, hopscotch, and more. In addition to showing people how to have fun without a digital aid, each part of the exhibit has a science lesson built in.

For example, Davis says the slide will also measure speed. The ball pit teaches a mathematical concept called crowd estimation. Even the hopscotch set up doubles as a memory game where people have to follow a pattern as they skip through the squares.

At Pause/Play, screen time becomes an afterthought, even if the exhibits lend themselves to the perfect Instagram shot.

"It's about getting back to those moments of reconnecting with another human being, while pairing it with wanting to take a photograph while you're inside," says Davis. "So it's all about balance. Right?"

Pause/Play is the first large-scale exhibit that the Fleet Science Center has developed in-house in more than 20 years. It is included in the regular price of admission and will be open through Labor Day.

For more information, or to buy tickets, click here.