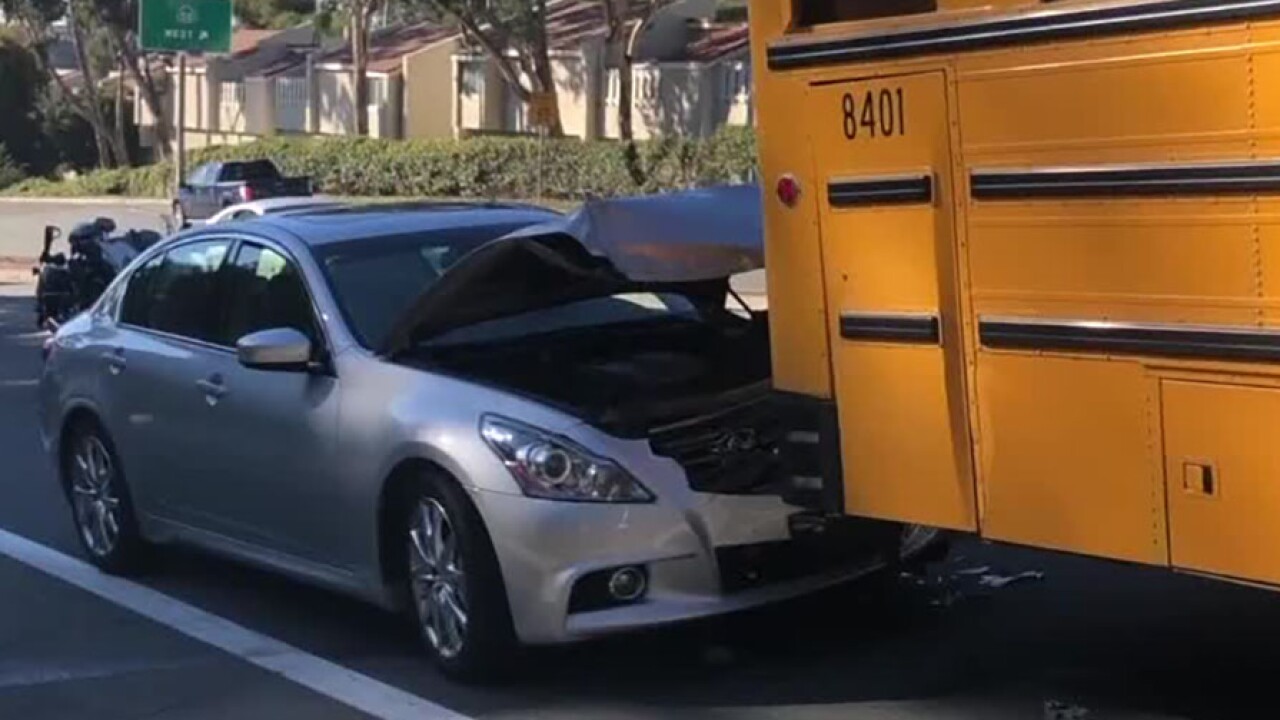 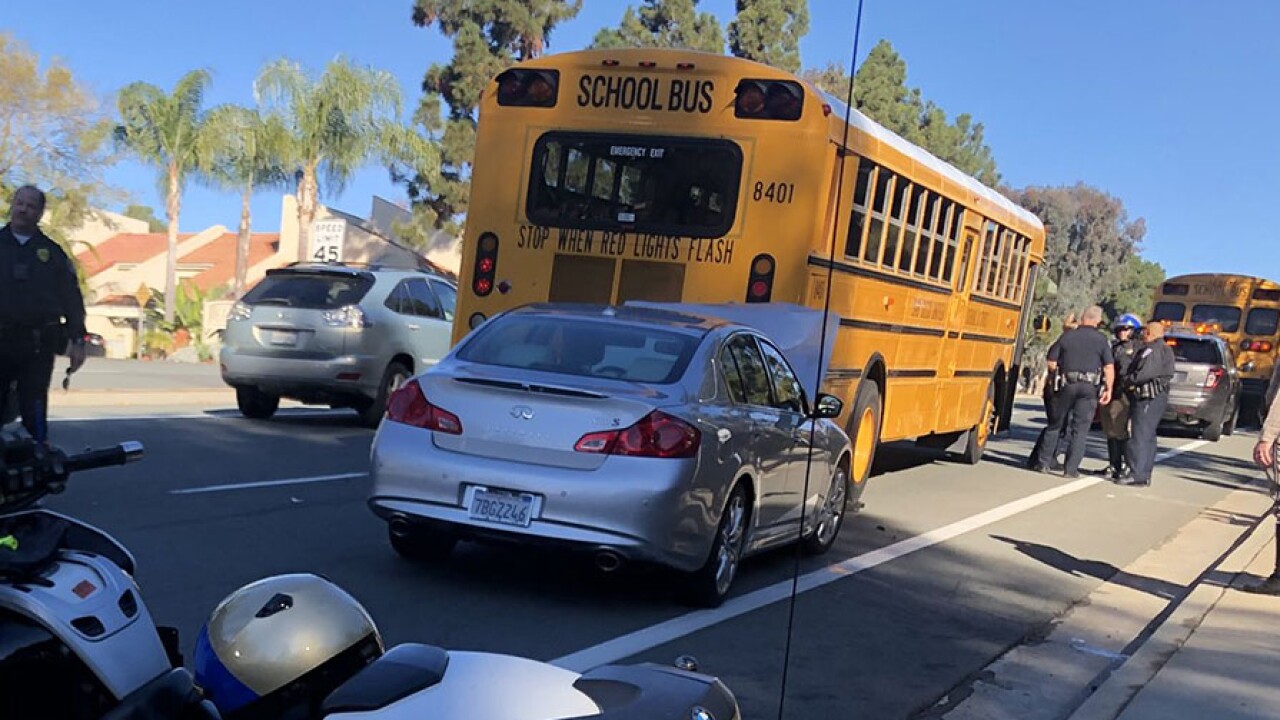 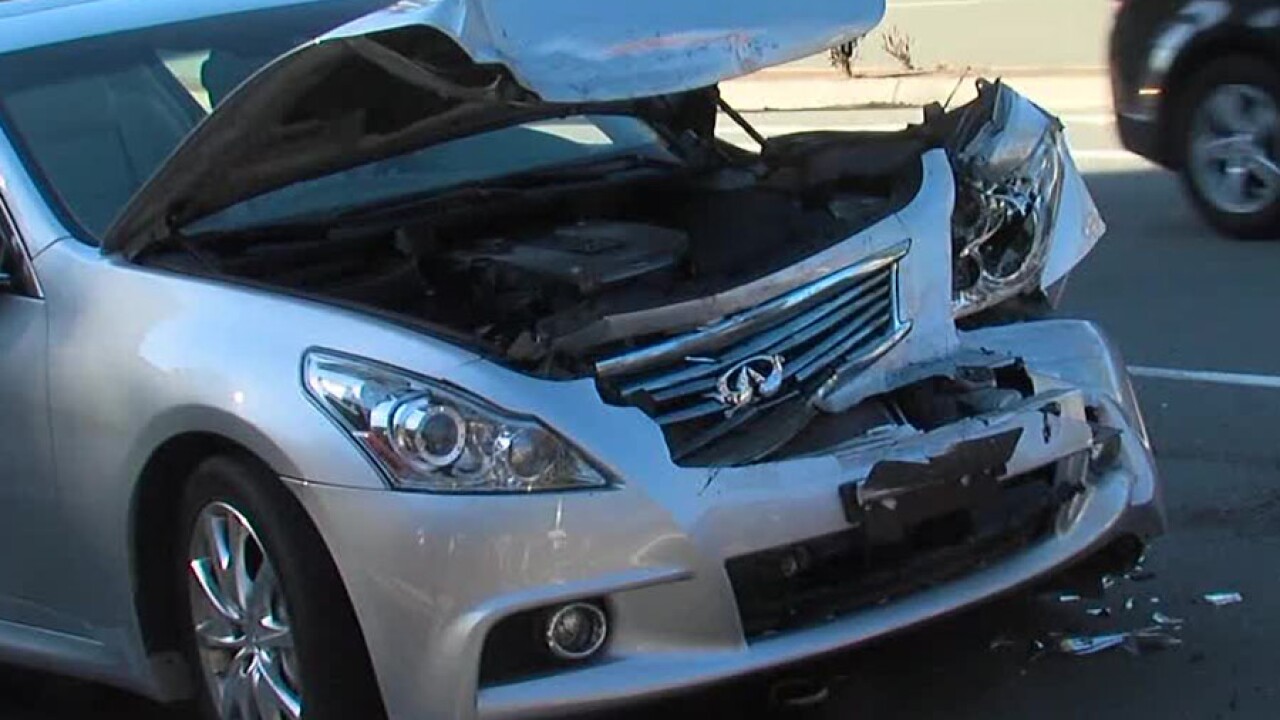 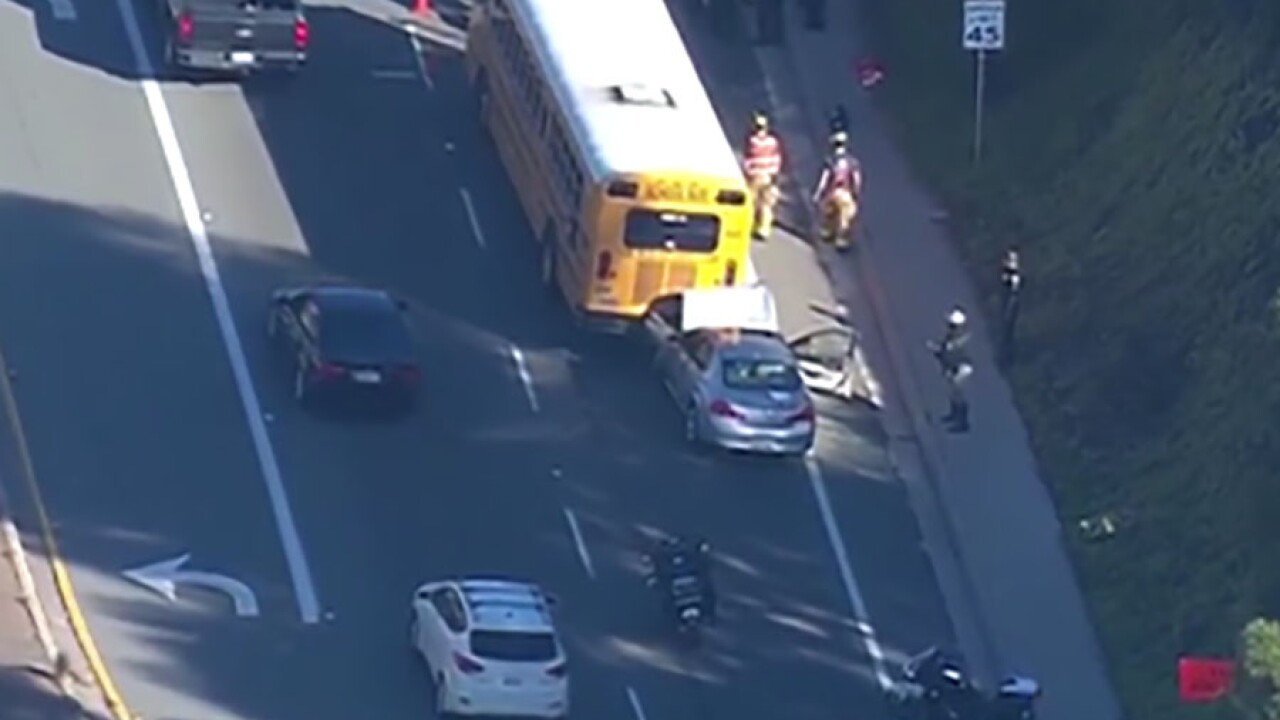 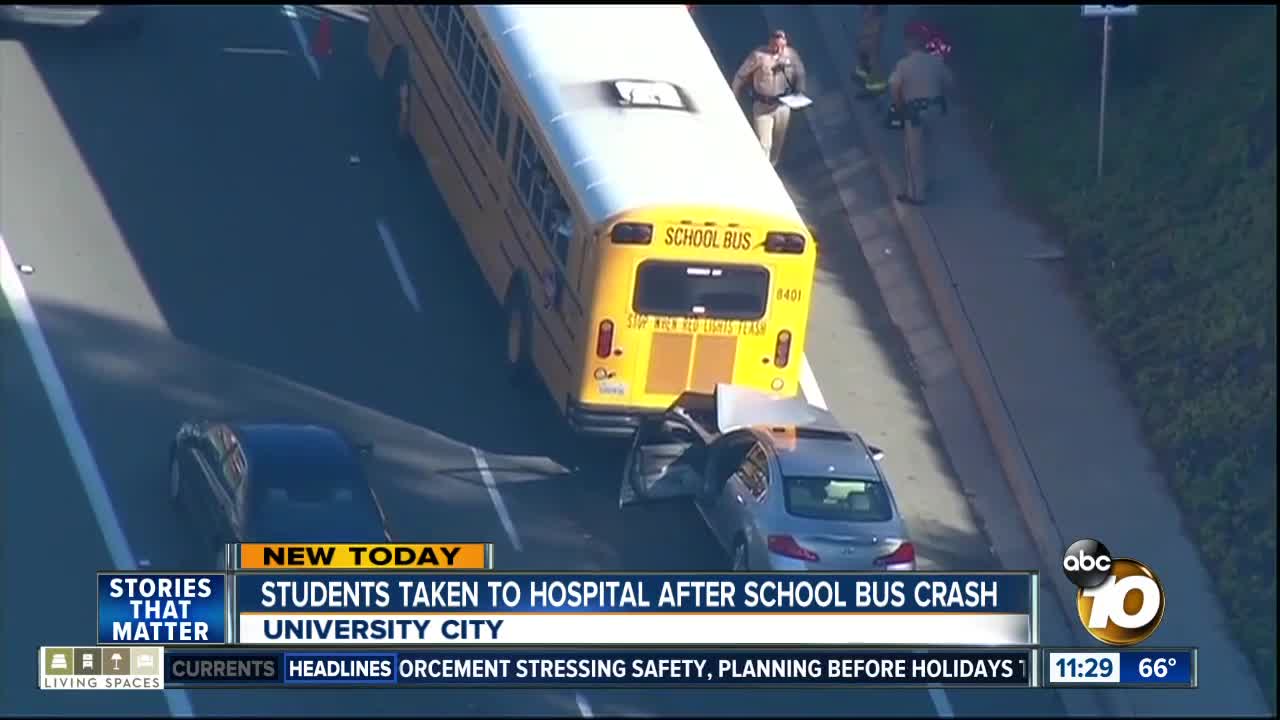 SAN DIEGO (KGTV) - More than two dozen students were transported to the hospital Wednesday after a crash in University City involving the bus they were riding in and another car.

The collision was reported just before 8:30 a.m. on Genesee Avenue, just off the offramp from state Route 52, according to the California Highway Patrol.

10News learned a silver Infiniti sedan was traveling at about 5 mph when it crashed into the back of the bus. CHP officials said 38 children were on the bus, which was on the way to University City High School, at the time of the wreck.

The car's 70-year-old driver may have suffered a medical emergency, officials at the scene told 10News. She was taken to the hospital to be evaluated.

Car crashes into school bus on Genesee Ave. We’re told approximately 12 high school students were taken to the hospital with complaints of minor pain or as a precautionary measure. @10News pic.twitter.com/mmbgOZ0mK6

San Diego Fire-Rescue officials said 12 of the kids were taken to the hospital with injuries believed to be minor. The other 26 children were not hurt but were transported to the hospital as a precaution.

The offramp to northbound Genesse Avenue was shut down for less than an hour due to the crash response.