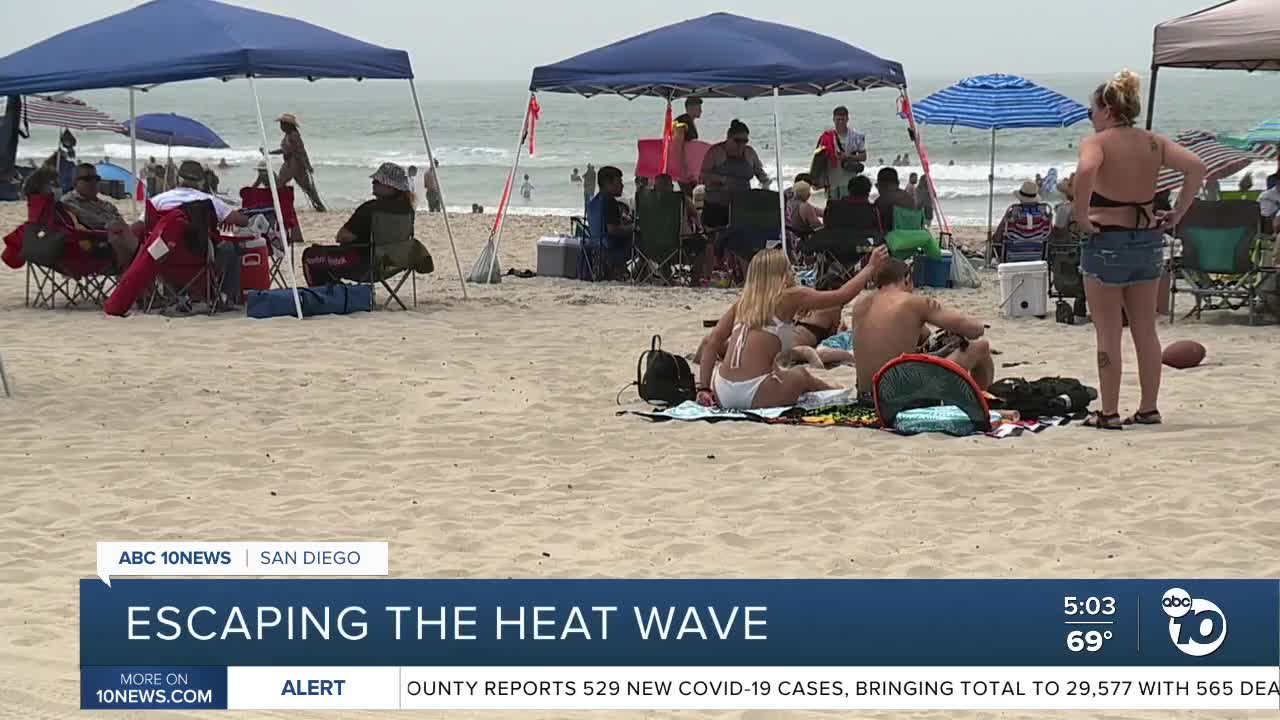 San Diego's inland residents go to the coast to escape the heatwave. SAN DIEGO (KGTV) — Dangerously hot temperatures continue to scorch San Diego County's inland areas and deserts. Many of those areas hit peak temperatures well into the triple digits. Many inland residents chose to spend the day on the coast to escape the blistering heat.

"We feel like we're on vacation!" she said. "I like it better out here. We're lucky to be in San Diego to be able to sit outdoors in the summertime."

She and her friend were at Barrio Star restaurant, which moved its operations all outdoors because of COVID-19 restrictions. But the restaurant was not going to let the heatwave turn customers away. They installed misters onto their rooftop overflow area.

"Inland, it's crazy hot," Lynn said. "Yesterday, I had to go to Ocean Beach just to escape the heat."

Lynn said there was no way he could practice his skills back near his inland area home. With the ocean breeze, he said he can glide around without melting in the sun.

"When you get out towards the coast, then you can get to enjoy the beach," Lynn said. "This is what it's meant for!"