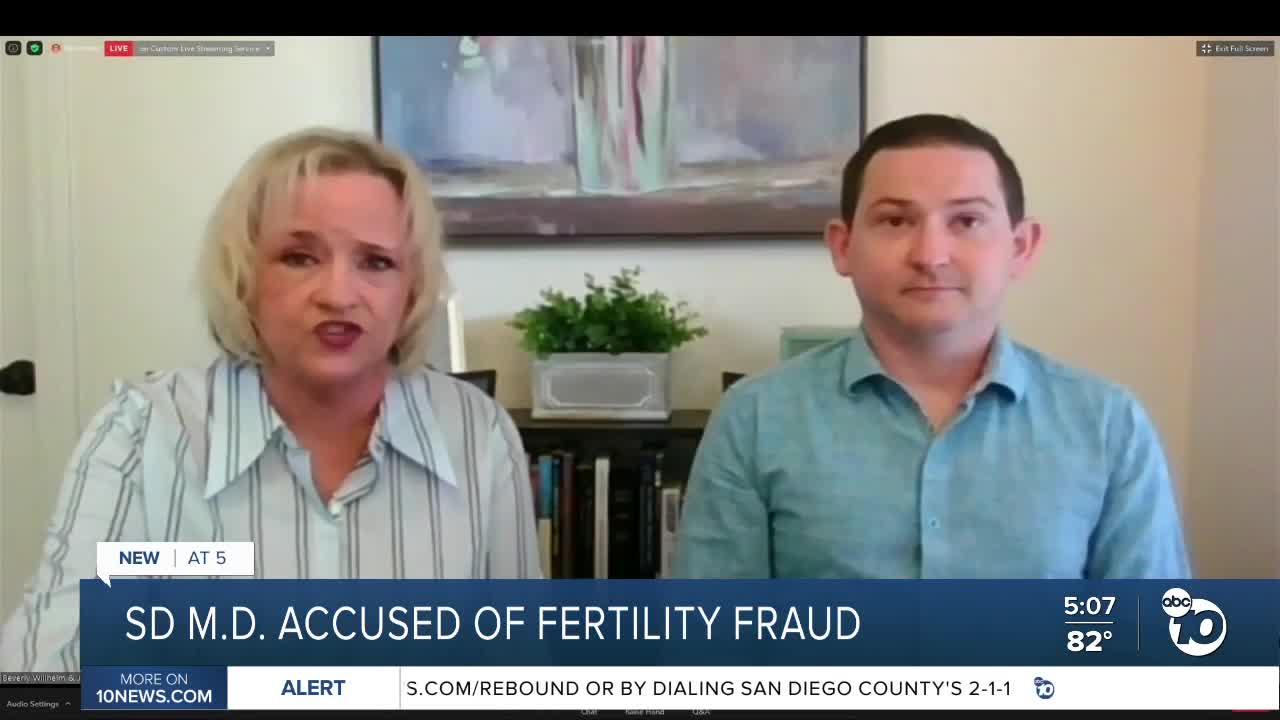 A San Diego County woman filed a lawsuit today alleging a local physician she consulted for fertility issues used his own. sperm to artificially inseminate her, which was only discovered after her adult son took a DNA test decades later.

SAN DIEGO (KGTV) - A San Diego County woman has filed a lawsuit against a local physician who she says used his own sperm to artificially inseminate her.

The discovery occurred decades later after Beverly Willhelm and her husband sought out a fertility specialist in the late 80s.

Instead of receiving anonymous sperm, she says the doctor used his own. Willhelm says her son, 23-year-old James Mallus, learned after taking a 23andMe DNA test that his biological dad was the same man that his mother consulted to become pregnant.

Though Willhelm's attorney said the lawsuit was filed Wednesday, ABC 10News is not naming the doctor because we have not been able to confirm that with the San Diego County Courthouse.

According to the lawsuit, the doctor still practices in San Diego County. The lawsuit claims that "the Defendant, without Plaintiff's knowledge or consent, used his own sperm to impregnate her."

The suit goes on to say that "based on allegations regarding his mistreatment of numerous patients in 1992-93, Defendant surrendered his California medical license in 1999."

The doctor's license was reinstated in 2004. Those allegations are not related to the current lawsuit or other instances of fertility fraud.

ABC 10News has reached out to the doctor in the lawsuit, but have not heard back. He is not currently facing any criminal allegations.