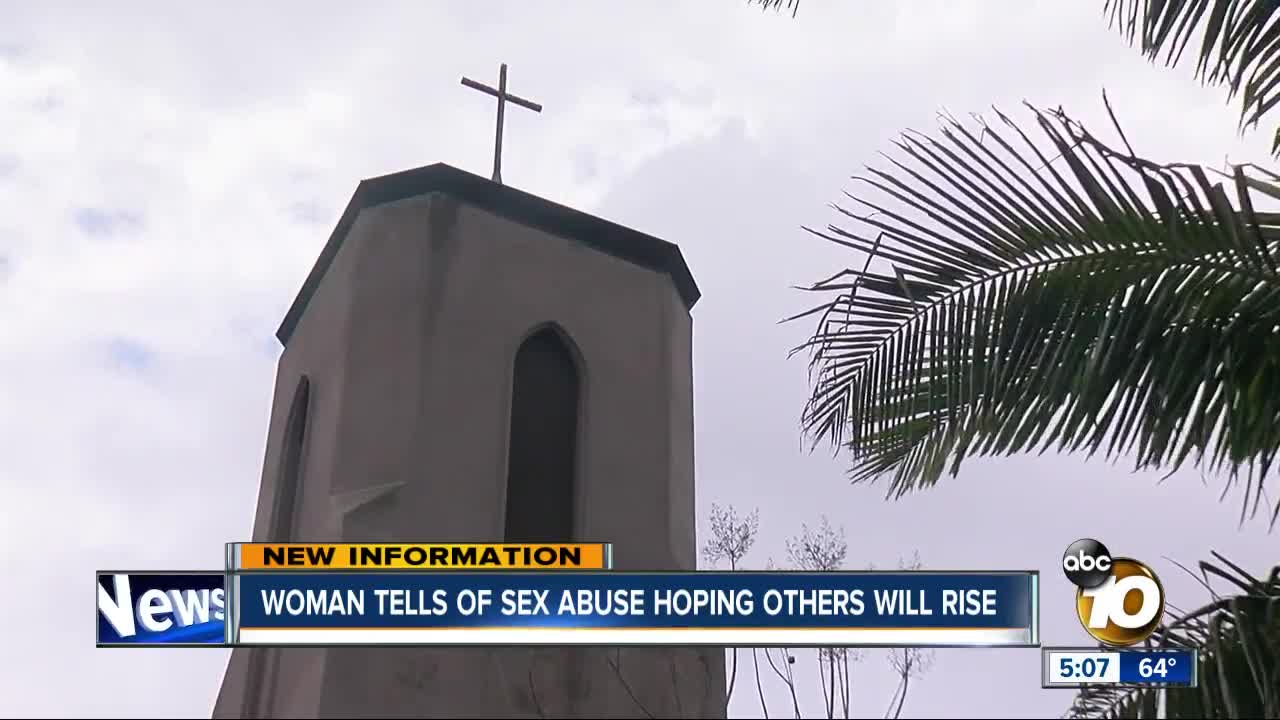 Friday, a San Diego woman recounted how she was sexually abused by her priest at St. Jude when she was young, hoping it would encourage others to come forward. 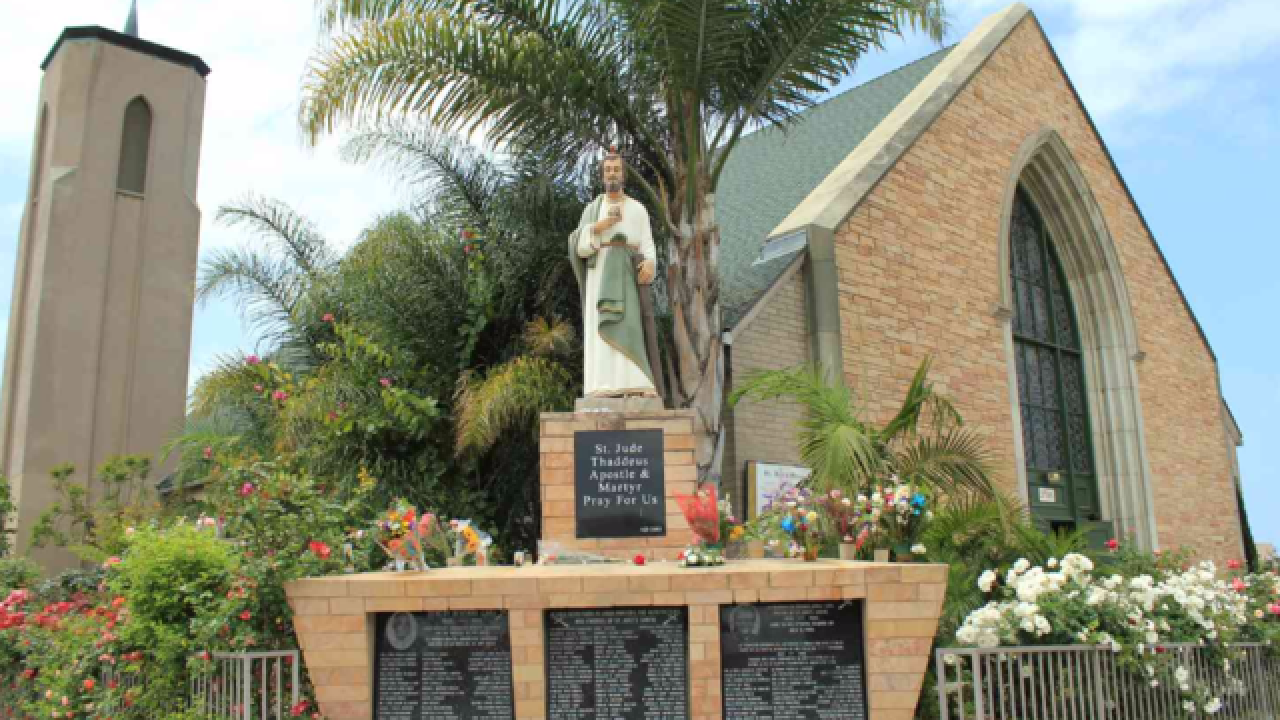 SAN DIEGO (KGTV) — Friday, a San Diego woman recounted how she was sexually abused by her priest at St. Jude when she was young, hoping it would encourage others to come forward.

Walking up to the church to speak she said she felt a wave of emotions, "My chest was heavy, my stomach was sick. I was catching my breath."

She told 10News her name is Cynthia Ann Doe, keeping her last name private, wearing a scarf over her head and dark sunglasses, concealing part of her identity for fear of retaliation. She said she could still see the rectory, where Monsignor Gregory Sheridan lived, next to the church. In it's place is a parking lot.

She depicted what her life was like when she was just five-years-old, "I had no one to protect me, my mother and my father divorced when I was four, my brother died months before that."

She said they lived inside a brightly painted yellow apartment building, sitting just across the street. Ann Doe said she clung to her faith and her family was honored when Monsignor Sheridan took favor in their company.

Alone in his bedroom, her lawyer said he violated her with his fingers.

She said at that age she couldn't process what happened, "that you are worthless dirty, a bad person, so bad that even God must not love you, because your priest hurt you and made you feel nasty."

"I'm asking anyone male or female who may be struggling with what happened to them by Father Sheridan to come forward and be heard," she said.

That call growing louder as more cases arise across the country.

Pope Francis issued the first law for officials worldwide Thursday, requiring them to report abuse to their superiors.

The local Catholic Church also proactive, publishing a list of priests with credible allegations against them. Monsignor Sheridan listed at the bottom of page seven.

The statute of limitations ran out for Cynthia decades ago, but she has one request of the Diocese, asking them to pay for her years of therapy, "I would like to be reimbursed, I can give them every bill from 1981."