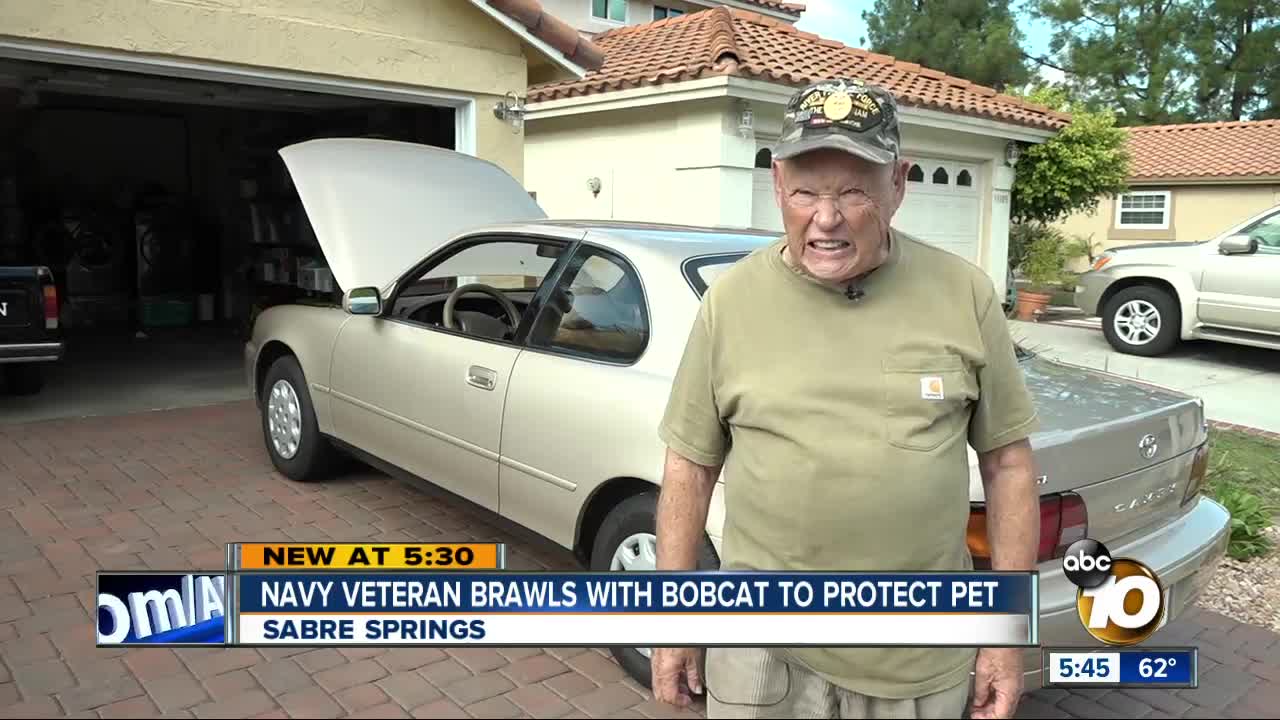 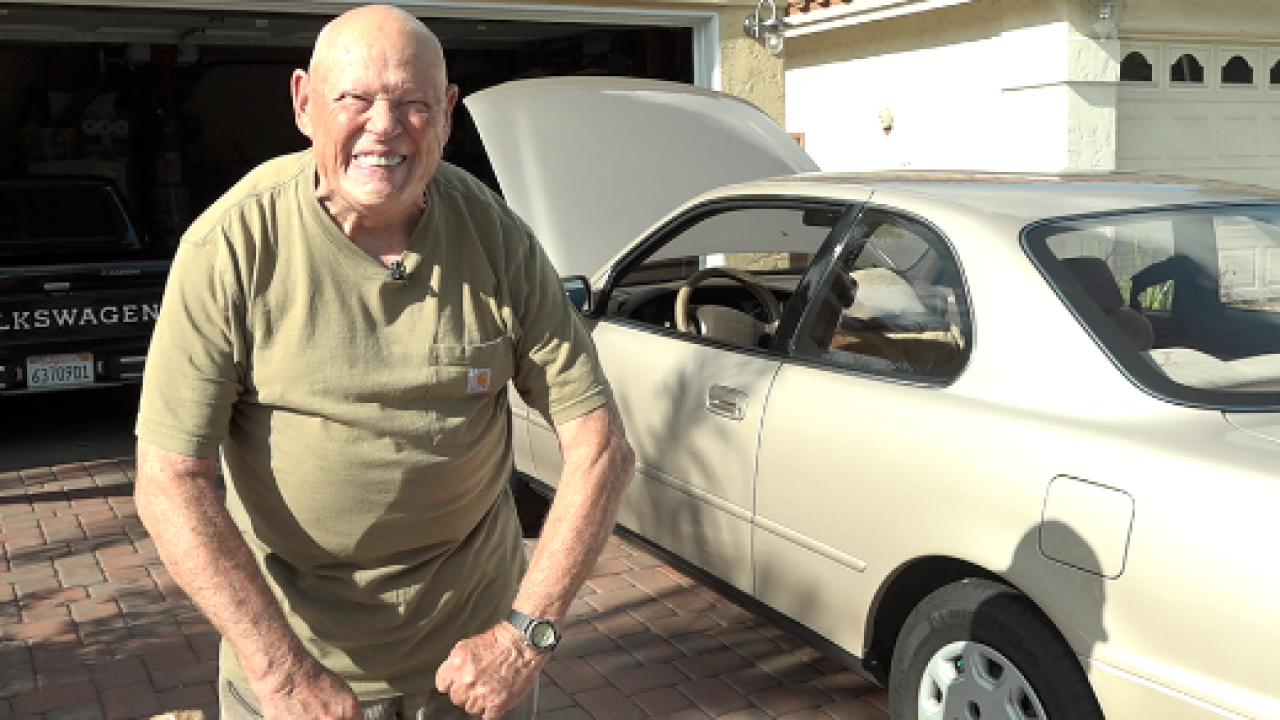 SAN DIEGO (KGTV) - To protect his best friend, a Sabre Springs man found himself in a brawl with a bobcat.

Bobby Abrams, a 78-year-old Vietnam veteran, said it happened Saturday morning while walking his dog Sammy. The Navy veteran is in tiptop shape; he does hundreds of push-ups a day and goes on walks up to 14 miles.

"Oh yea, he was snarling, arggggg, like that!" remembers Abrams.

Abrams was walking on Ted Williams Parkway when he says the bobcat appeared and quickly attacked Sammy, biting him in the neck. Abrams quickly pulled the bobcat off, grabbing it by the throat and slinging it back and forth. He ultimately broke the animal's neck, killing it.

Abrams was left with puncture wounds on his hands.

He says he had to defend his dog and would do it again if he had to. He says their close relationship began when Abrams rescued Sammy from an abusive situation; he says they both have PTSD.

He started his military career in the Coast Guard and then joined the Navy, serving more than 20 years total.

Fish and Wildlife officers picked up the bobcat carcass. A spokesperson says bobcats are not unusual in that area but are usually nocturnal. They speculate the animal might not have gone out that night due to bad weather and instead went out during the day.

If you find yourself in a similar situation, wildlife officials say stand your ground and try to pull the animal away. They recommend avoiding going out at night when coyotes and bobcats are out.

It's also advised to make loud noises and throw objects, like a rock, at the animal to try and scare it off.