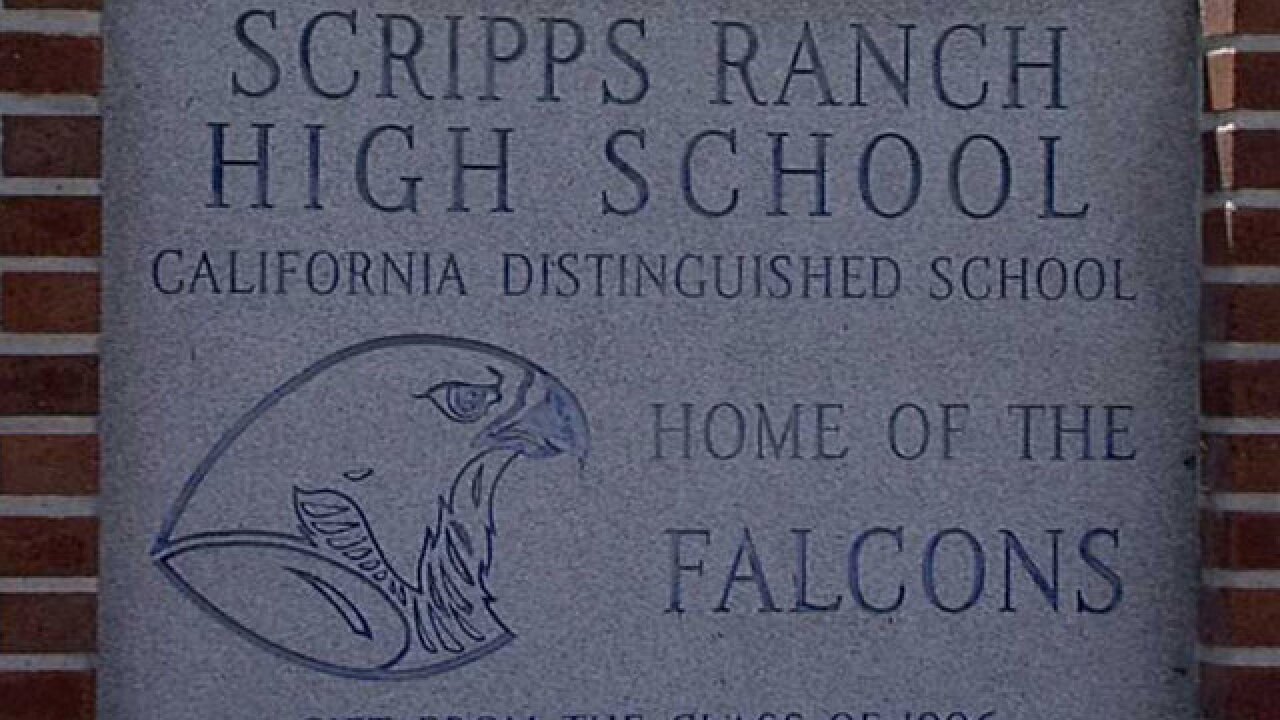 SAN DIEGO (KGTV) - Scripps Ranch High School was locked down late Thursday morning after a bomb threat was made against the campus, according to San Diego Unified School District officials.

10News learned a call came in to the school’s office and the caller mentioned the word “bomb,” prompting the lockdown order.

While the lockdown was put into place, district officials tweeted that there was “no plan for early dismissal or reason for parents to come to the campus.”

The campus lockdown was lifted at around 12 p.m.

After the ending of the lockdown, district officials said, “Classes are resuming as planned.”

However, 10News was there as parents -- many who were alerted of the lockdown via text message -- picked up their students from the campus.