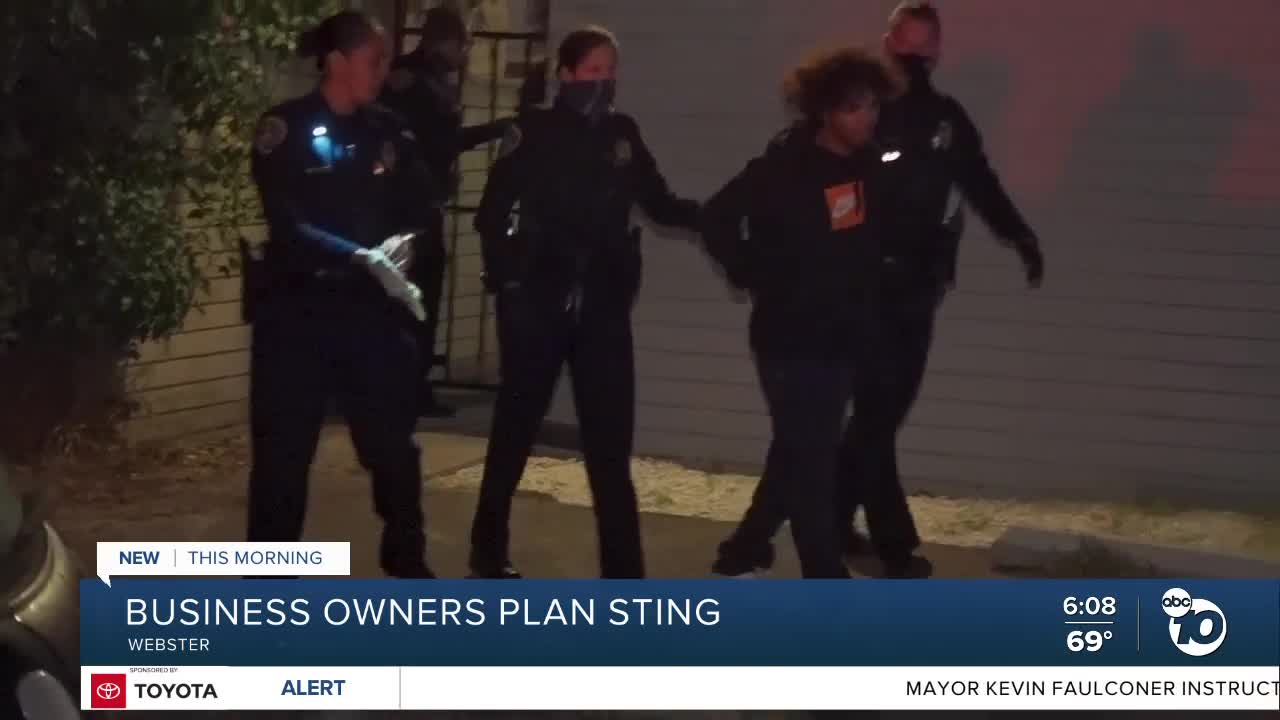 A family that owns a Webster-area restaurant that has been broken into in recent days decided to set up their own overnight sting operation, and their plan led to the arrest of two would-be burglars.

SAN DIEGO (KGTV) – The owners of a Webster-area restaurant that has been broken into in recent days decided to set up their own overnight sting operation, and their plan led to two arrests.

At around 2:30 a.m. Tuesday, the owners of Trevi Ristorante on 4703 Federal Blvd., put together their own stakeout and waited for anyone who would try to break into the business.

The restaurant had been burglarized three times in the past week, including one incident in which a safe was taken. Jonathan Romero, the owners’s son, told ABC 10News, “We’re tired of it.”

While the owner remained on the roof, his son waited across the street and a family friend watched from behind the eatery.

After several hours, they noticed an SUV park in an alley behind the restaurant and two men get out of the vehicle.

As the family observed the two people go through gates to the restaurant’s back doors, the owner’s son called 911.

San Diego police officers arrived at the scene and took one of the would-be burglars into custody.

However, the other man climbed up the side of the building and ran across the roof. After jumping from the roof down to the front parking lot, the man ran away as officers pursued him.

The man was able to cross Federal Boulevard, but officers deployed a stun gun and subdued him.

The stunned man was treated at the scene for his injuries and is expected to be OK.