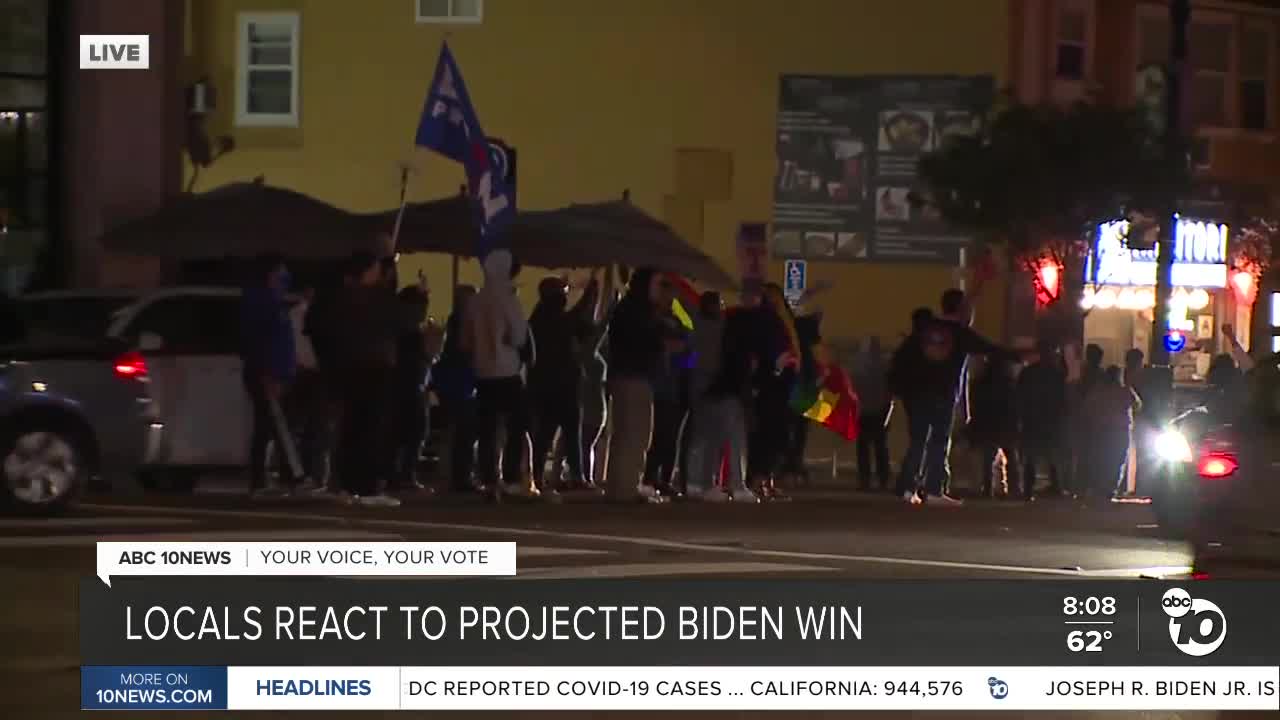 Supporters of both parties took to the streets to have their voices heard.

SAN DIEGO (KGTV) — Almost immediately after Joe Biden and Kamala Harris were announced as the projected winning ticket, the San Diego community took to the streets.

In Hillcrest, Biden-Harris supporters lined University Avenue holding signs and flags, with cars packed onto the street honking their horns loudly. The honking and cheering lasted well into the night.

“I think healing at this point is what the country needs,” said Joe Hoffman, a Biden supporter in Hillcrest.

At Waterfront Park in Downtown San Diego, a crowd of President Trump’s supporters lined the streets with similar signs and cheers, also encouraging people to honk.

One San Diego man and supporter of President Trump made the decision to drive to Sacramento through Friday night, arriving Saturday morning to the news of the projected winners.

After the overnight drive, Blake Marnell attended a rally in front of the Capitol. He said he won’t give up on President Trump until all the votes have been counted and all legal battles are complete.