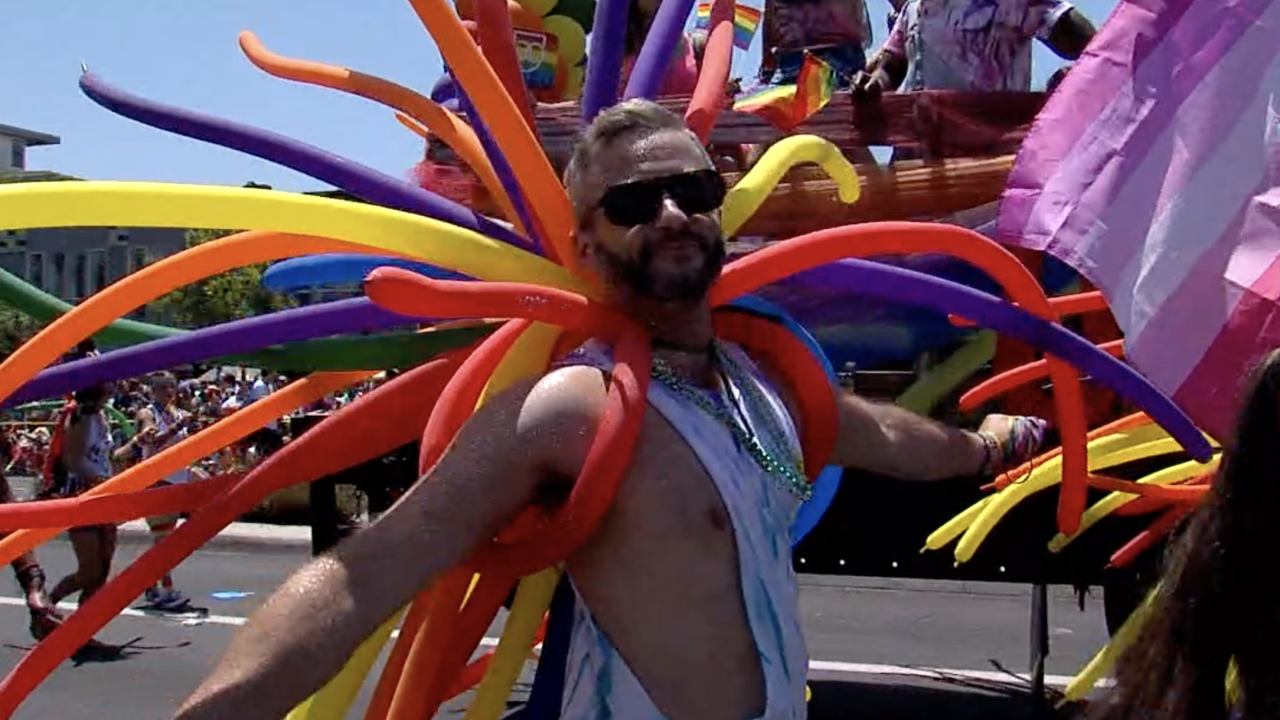 Because of the pandemic, organizers took the historic Pride Parade march through Hillcrest online -- sdpride.org/live/ -- and began at 10 a.m. with a slide show of photos from 46 years of the parade, which started in 1974. The San Diego Women's Chorus followed with a virtual singing of the national anthem. An interfaith blessing, with clergy from various denominations, gave their blessings.

In 1994, the San Diego Women Motorcycle Riders first appeared to officially kick off the parade, which usually had about 350,000 participants and 200 pride floats, along with 400 volunteers.

This year, about 12 motorcycles from the group took off from the site of the Hillcrest pride flag at University Avenue and Normal Street. San Diego Mayor Kevin Faulkener gave a few opening remarks, saying, "We can work and lift each other up and get through this pandemic. We stand united in our battle against bigotry and hate. I wish all of you a happy virtual parade.''

The winners of the 2020 Spirit of Stonewall Awards, announced at a rally Friday evening, were honored. They are:

-- Champion of Pride: Bixby Marino-Kibbee is a licensed clinical social worker who is the program director for the Center for Gender-Affirming Care at Rady Children's Hospital;

-- Friend of Pride: David and Jessica Mier of the Uptown community who have supported San Diego's diverse LGBTQ+ community;

-- Inspirational Relationship: Joyce Marieb, Ph.D. and Linda Barufaldi, D.C., who were married in 2008 and are currently in their 48th year of relationship.

The pride event is scheduled to include Adam Lambert, GiGi Goode and Margaret Cho to share messages of support. Indie band Chaos Chaos, Azjah, Mila Jam and others were scheduled to perform later Saturday.