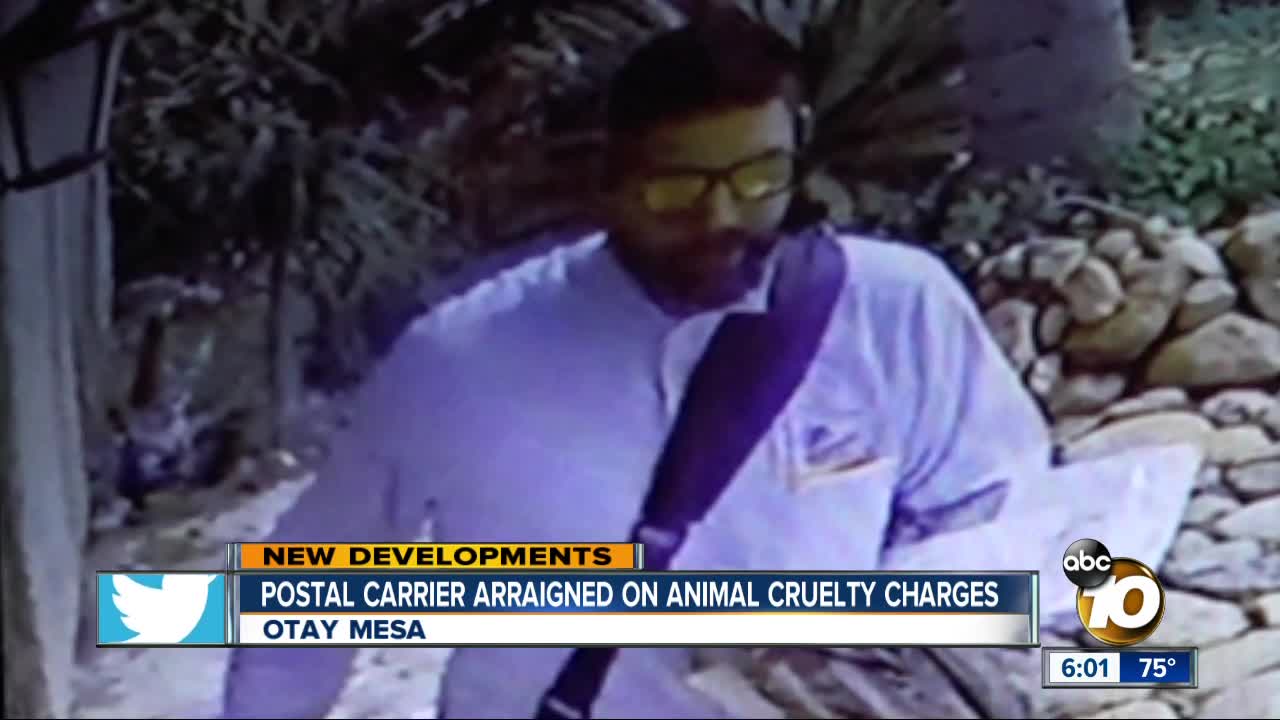 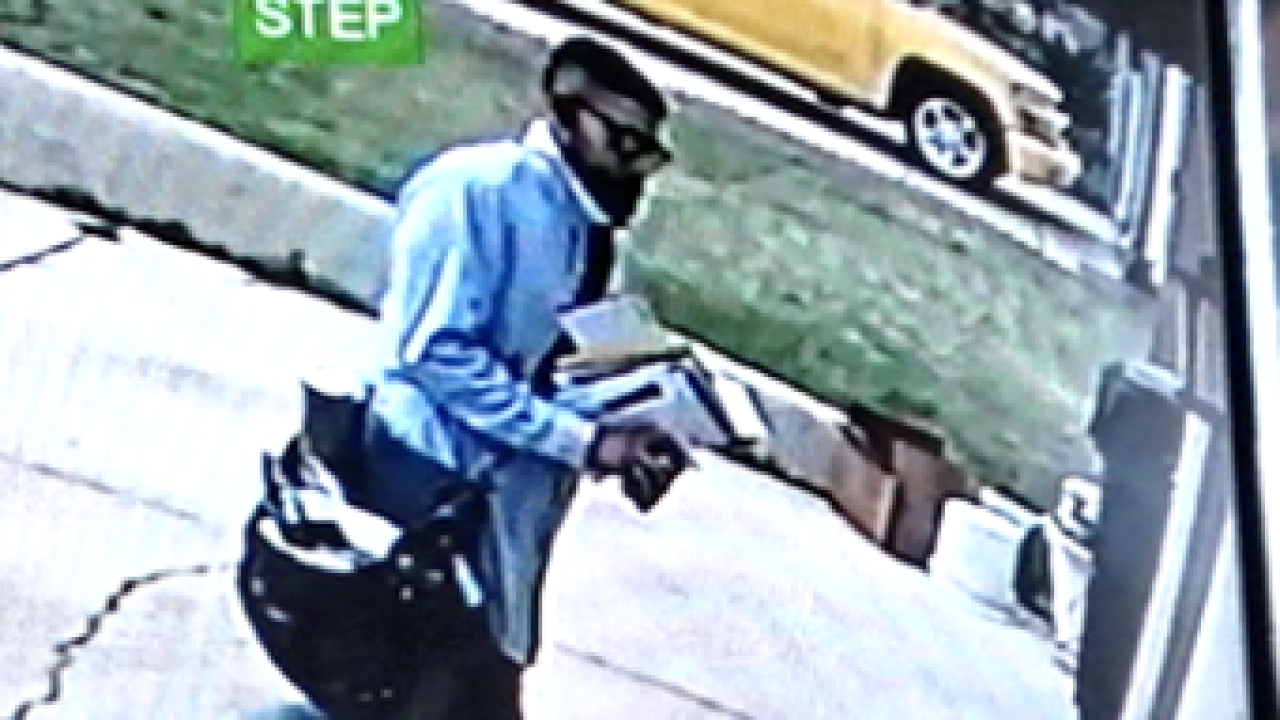 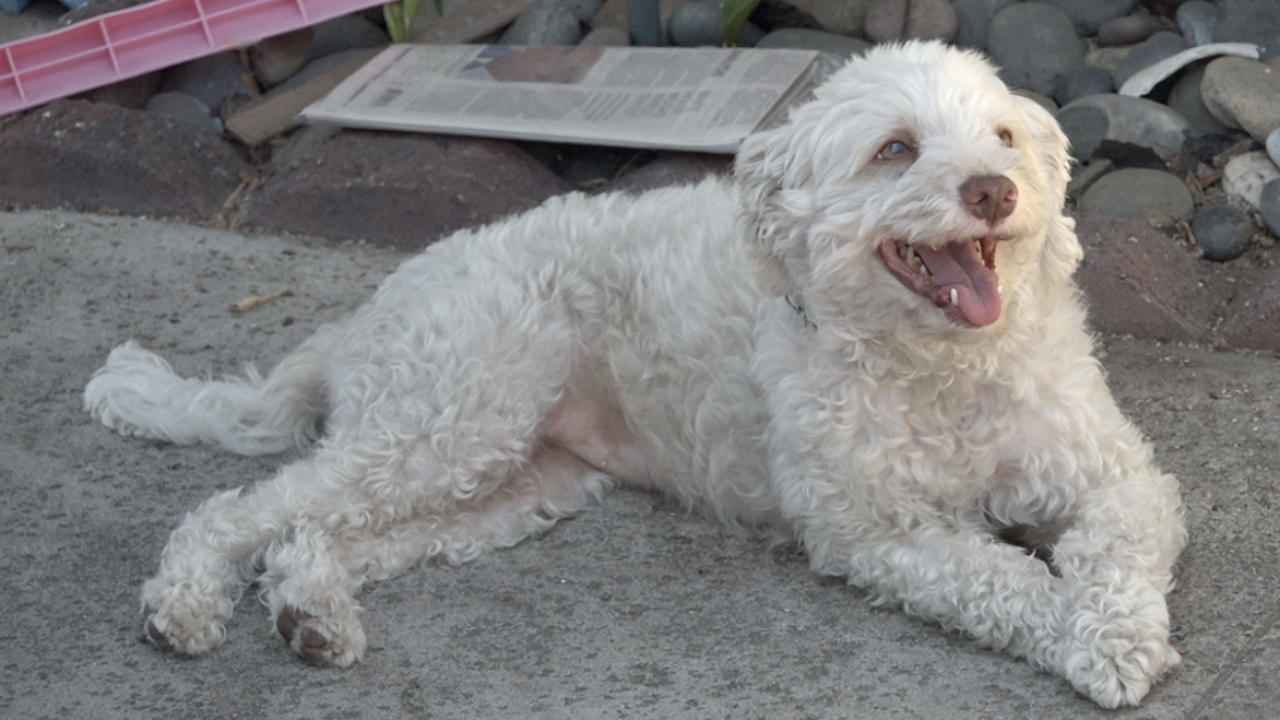 CHULA VISTA, Calif. (KGTV) — A South Bay postal worker has pleaded not guilty to firing pepper spray at a dog.

Nestor Medina was charged with three counts of animal cruelty in connection with the encounters 10News first reported in Otay Mesa last March.

Galindo checked surveillance video of his home on Agosto Street. Cameras recorded a postal carrier walking up to Galindo's mailbox and past the metal front gate. Behind the gate is Pupa, and as the mail carrier places the mail in the mailbox, a cylindrical object is seen in his left hand.

At the same time, from another camera, Pupa is seen behind the gate beginning to convulse for several minutes.

An extensive search through video found nine similar encounters where Pupa had convulsions after the postal worker walked by, Galindo said.

"Countless trips to the ER and urgent care, and countless medications," said Galindo.

While the most severe symptoms subsided soon after the discovery of the video, Galindo says his children are dealing with sinus issues and his daughter still requires an inhaler.

Galindo filed a police report and complaint with the U.S. Postal Service last spring. He says he has obtained an attorney and is planning legal action against the USPS.

The USPS issued a statement in March:

On behalf of the United States Postal Service, we want to apologize to the Galindo family and Pupa. We do not condone our employees behaving in a manner which is not professional and courteous. The appropriate personnel and corrective action will be taken as well as training given to all local letter carriers.