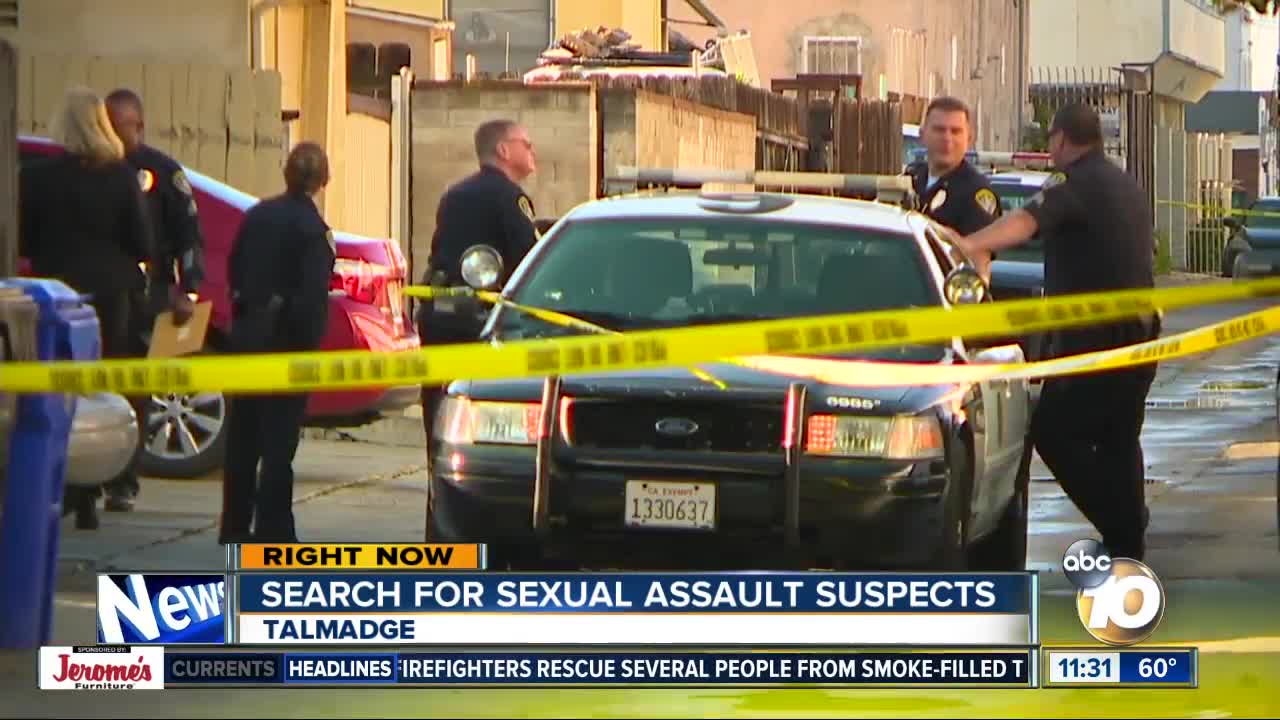 Police are looking for two people suspected of entering a woman's Talmadge apartment and sexually assaulting her. 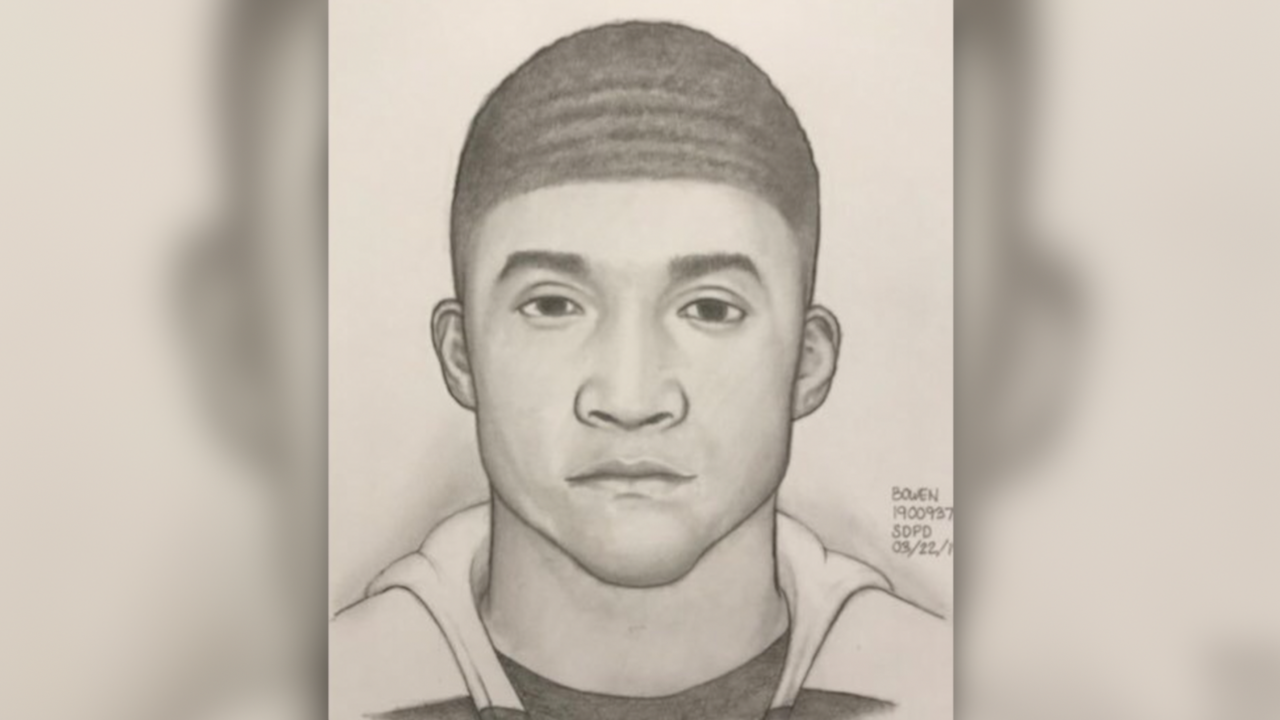 SAN DIEGO (KGTV) - Police Friday are looking for two people suspected of sexually assaulting a woman in her Talmadge apartment and stealing her car.

According to San Diego police, at around 5:30 a.m., a woman reported that she was sexually assaulted at a home in the 4400 block of 50th Street.

The woman told police she was asleep when she woke up to two people inside her room. After assaulting her, the pair fled from the apartment in the woman’s car.

Police located the Kia Soul a short time later at a nearby Auto Zone in the 5000 block of El Cajon Boulevard, but the two people were nowhere to be found.

The woman was only able to provide a description of one person in the incident: a black male, about 6 feet tall, with a heavy build, last seen wearing a white durag on his head and a light-colored tan or gray jacket. Police released a sketch of him, also adding he had short, wavy black hair.

She told police she was only able to see a shadow of the other person standing in her doorway. The woman also told police that her door was locked and she was unsure how the two people got into her apartment.