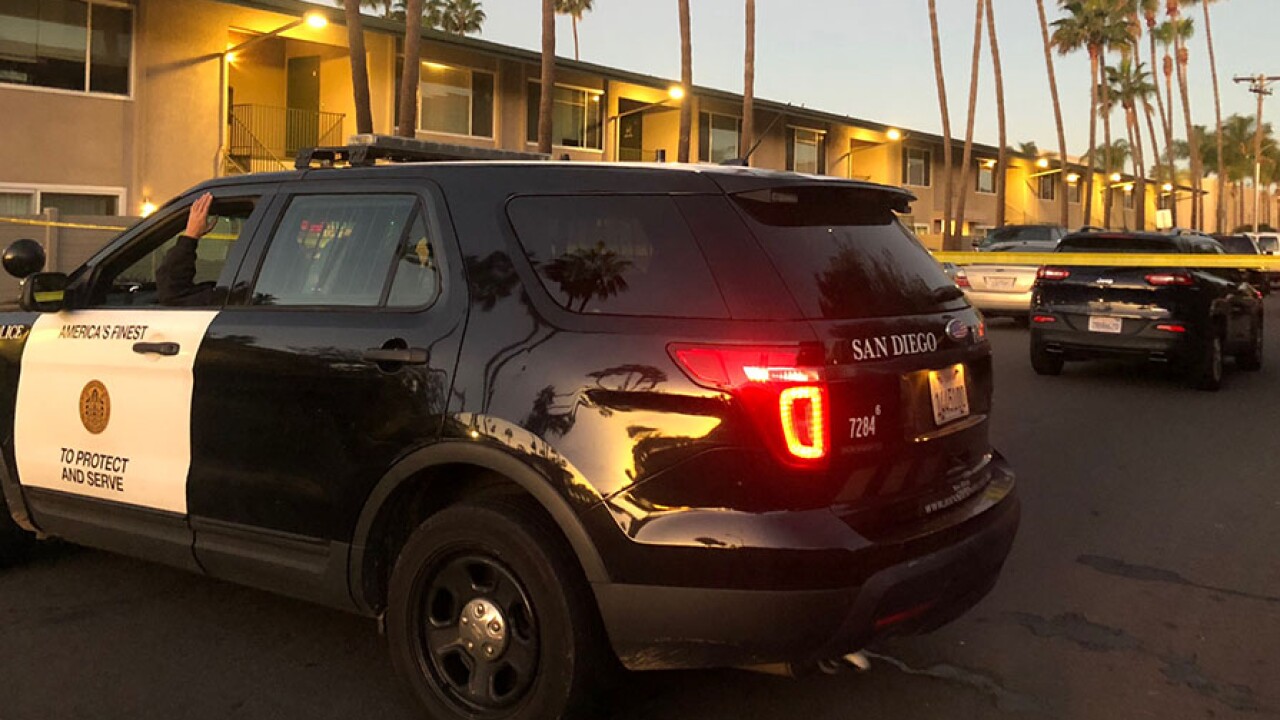 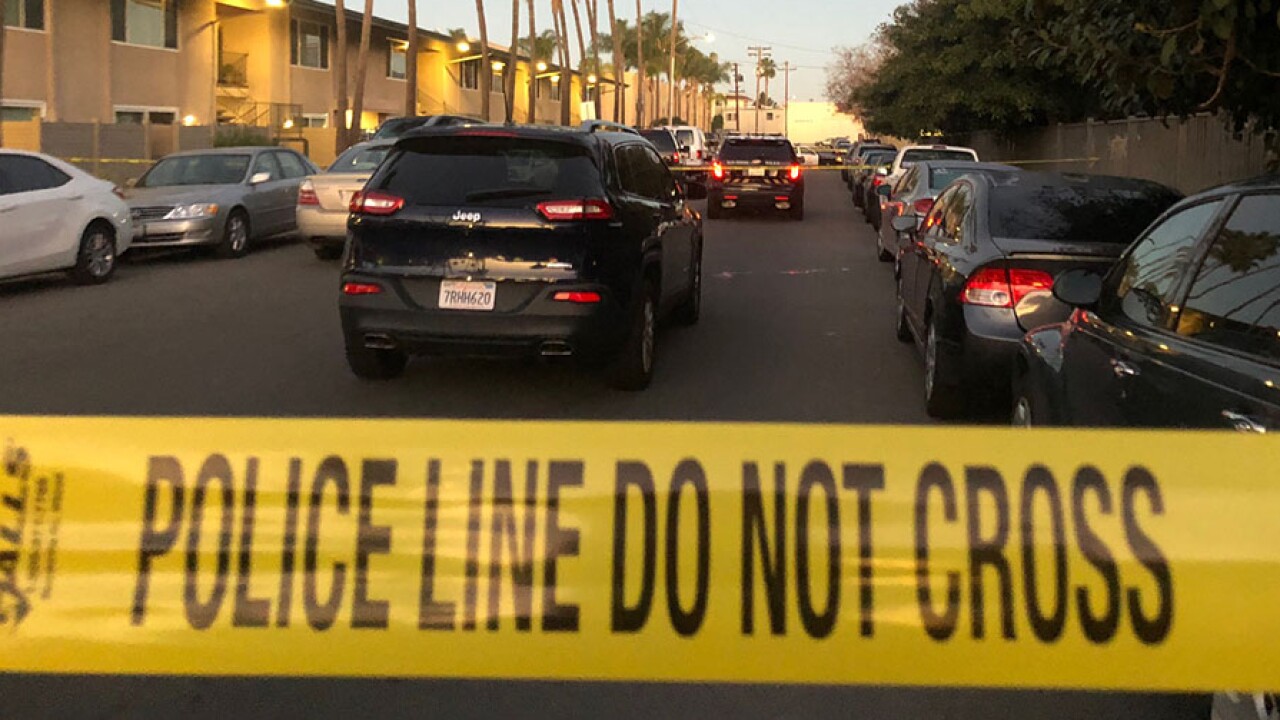 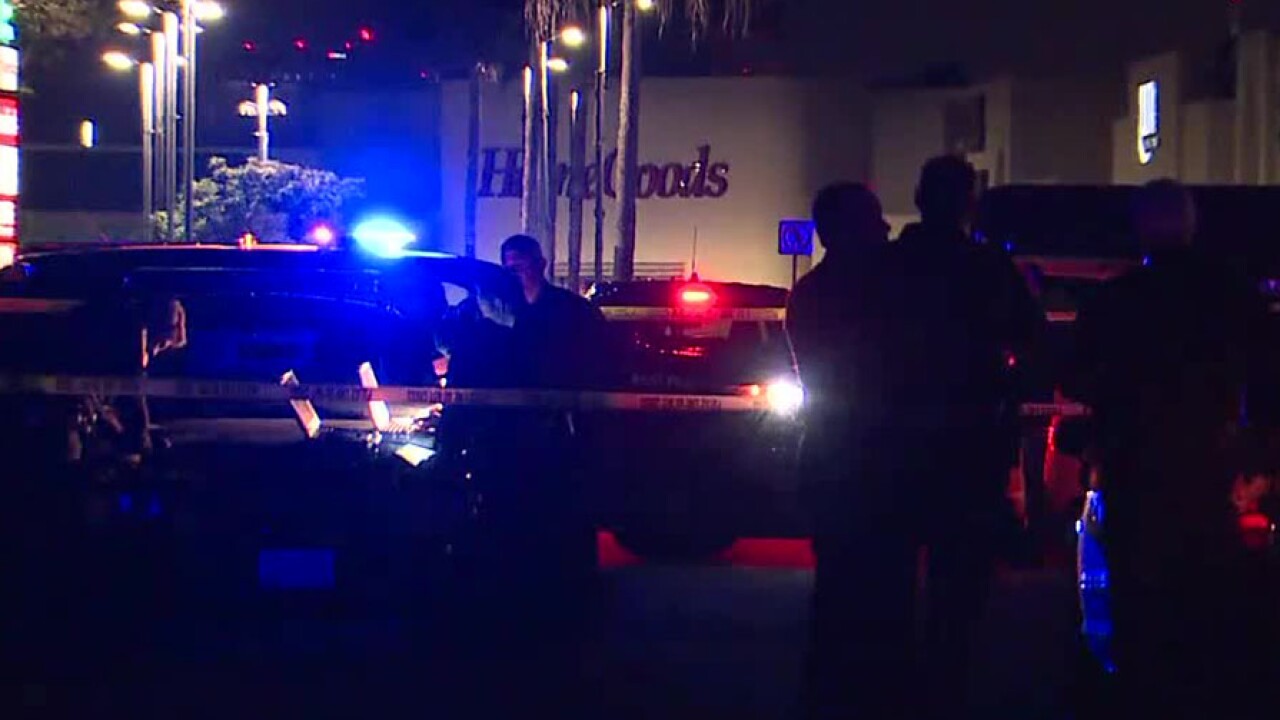 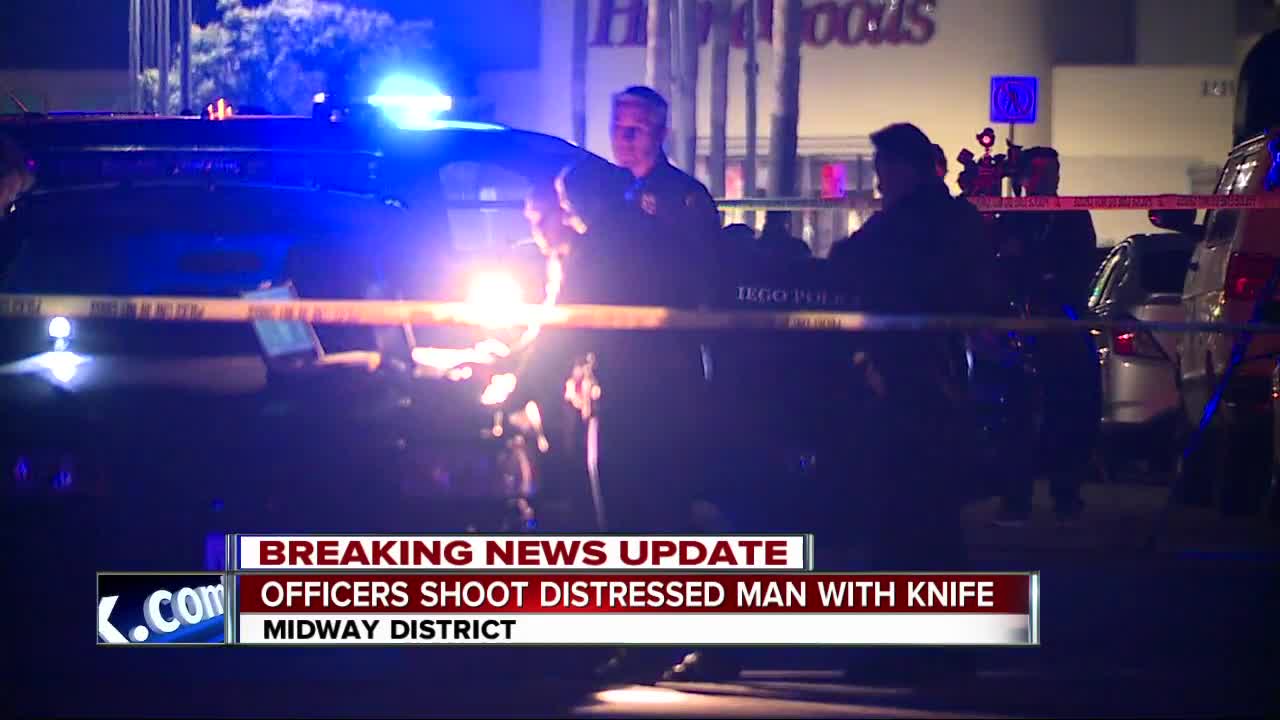 Just before 9:50 p.m., officers responded to a 911 call regarding a man with a knife inside an apartment unit in the 3100 block of Cauby Street. The caller said the unidentified man cut his own throat with a knife and the object was taken away from him.

According to SDPD officials, a family member directed officers to a back bedroom where the man was located. Officials said the man pulled a knife from his jacket pocket and raised it toward officers, prompting them to draw their weapons.

The man refused officers’ orders to back up and “advanced on the officers with the knife pointed at them,” SDPD officials said.

The man’s actions prompted an officer -- who feared for his safety -- to fire his weapon, hitting the man at least once, according to police.

Medical aid was administered on the man until paramedics arrived. The man was taken to the hospital with injuries police called life-threatening.

Police did not release the identity of the officer who opened fire, only saying the officer is a six-year veteran of the force.

The incident is being investigated by the SDPD Homicide Unit.