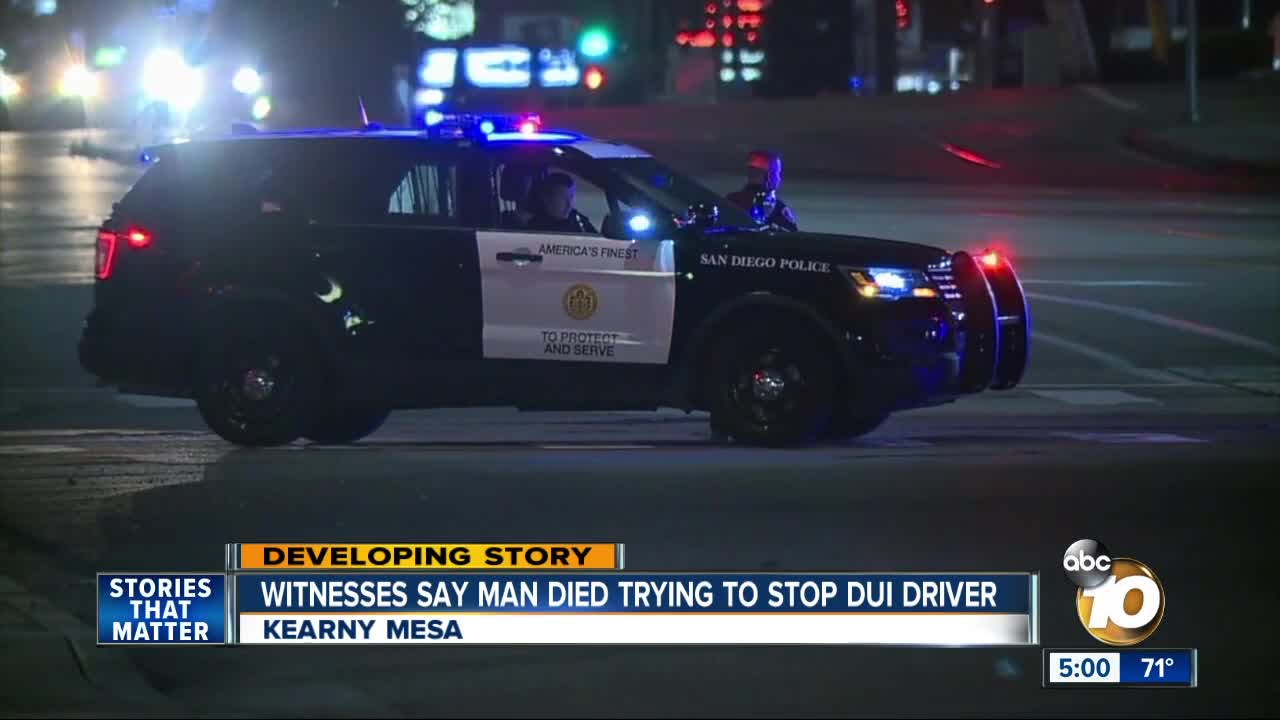 The driver is accused of running down the man. 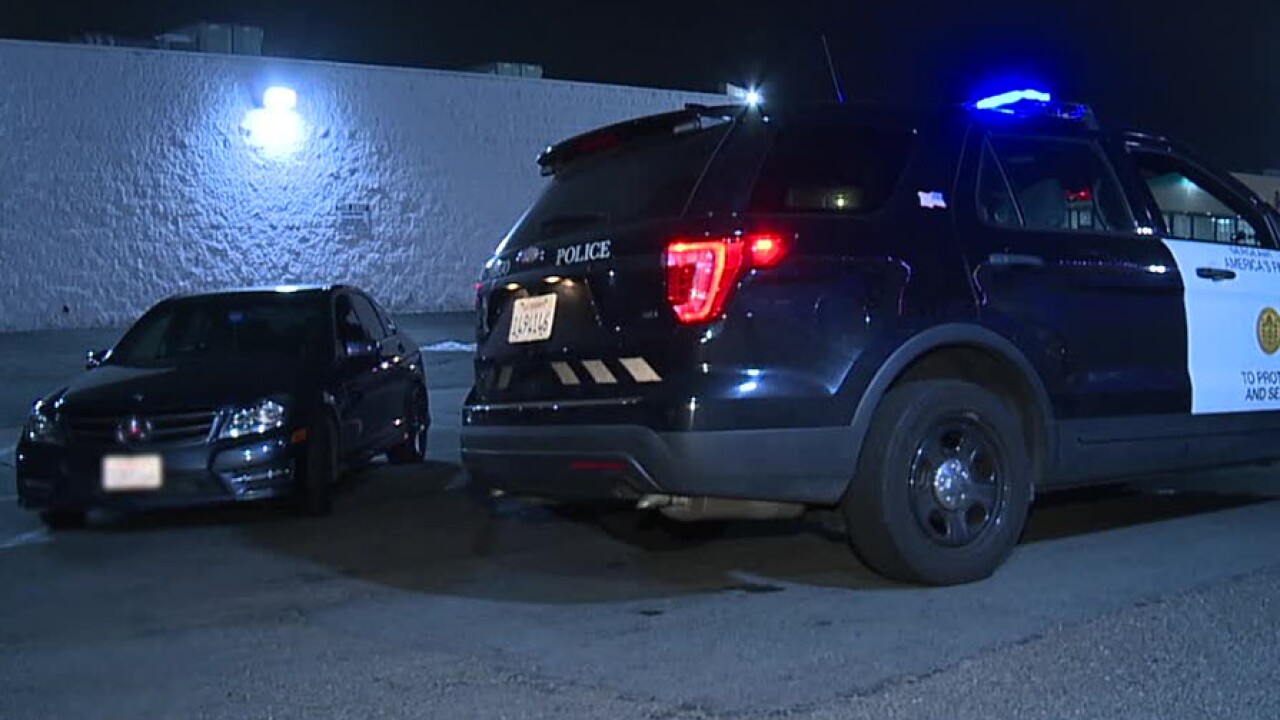 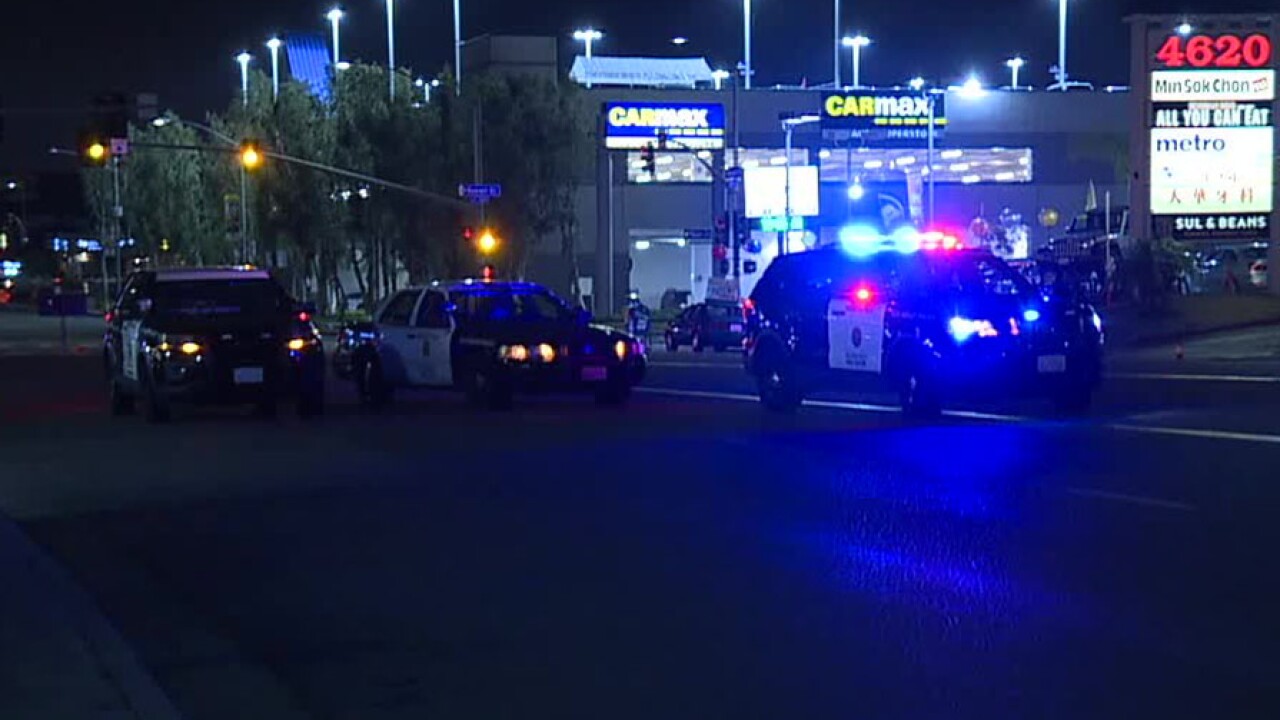 SAN DIEGO (KGTV) - A woman was arrested Thursday on suspicion of running over and killing a man she had been arguing with at a Kearny Mesa parking lot.

San Diego police said 33-year-old Latisha Ingram and an unidentified 25-year-old man were arguing in a parking lot in the 4600 block of Convoy Street at around 11:30 p.m. Thursday when the altercation escalated.

Kiana Smith was in the middle of her shift at Rakiraki ramen restaurant when she heard the noise outside. Ingram was belligerent, Smith said, adding she had been turned away by a bartender at O’Brien’s.

Smith told 10News the male victim, who had been waiting on a table with his girlfriend, was trying to stop Ingram from driving.

"It looked like she was trying to get in her car, but she was obviously way too drunk to drive, so the guy was trying to stop her from driving,” said Smith.

According to police, Ingram then drove away while the man was holding onto her car. Police said Ingram drove out of the parking lot and turned southbound onto Convoy Street when the man let go and was allegedly run over.

"He ended up on the hood, and she made the right turn, and he completely flew off," said Smith.

The man was rushed to the hospital, where he died from his injuries, police said.

10News learned Ingram returned to the area about 30 minutes later and was arrested without incident.

Ingram was booked on suspicion of felony hit-and-run and felony DUI. 10News learned she has a prior DUI charge from 2011.

"He was really just trying to be a good citizen, and I completely applaud him for that, and it’s just so unfortunate that this situation escalated the way it did, and it ended up with him losing a life."