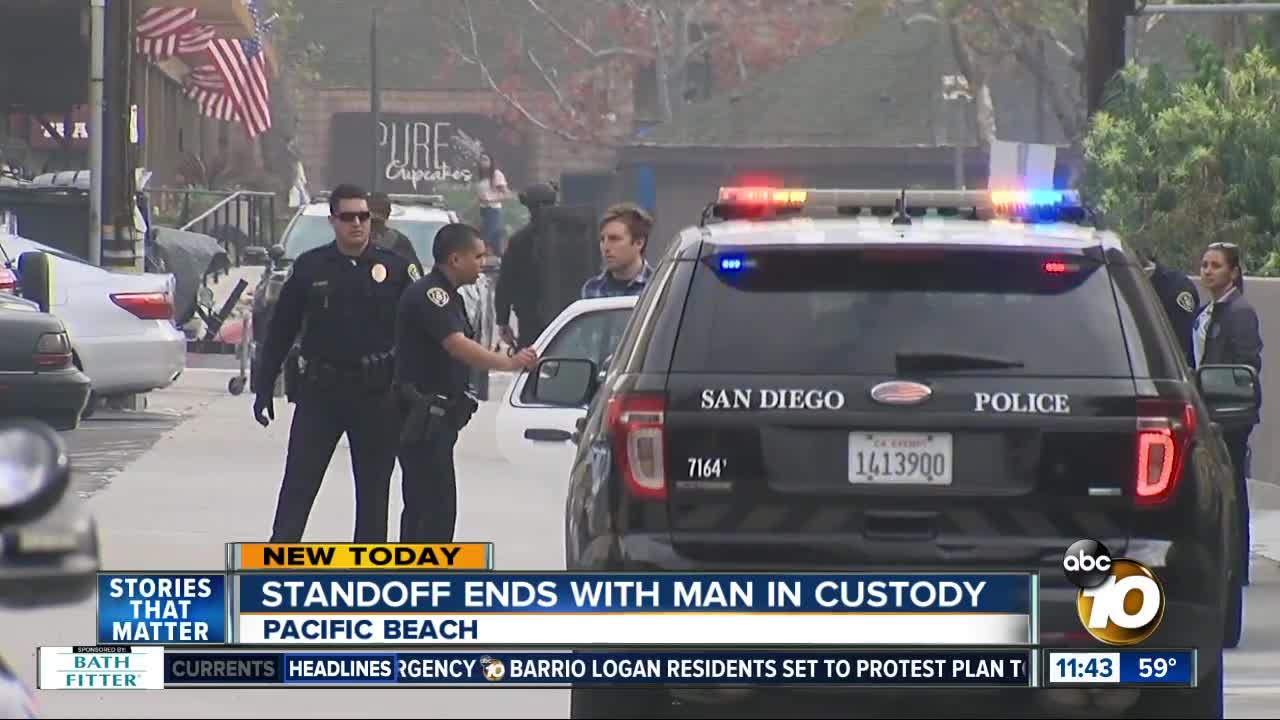 A man suspected of pulling a gun on a process server was taken into custody following a standoff at a Pacific Beach apartment.

SAN DIEGO (KGTV) -- A man accused of pulling a gun on a process server was taken into custody following a standoff at a Pacific Beach apartment Thursday morning.

Greg Cole told 10News he went to an apartment unit in the 4600 block of Ingraham Street at around 8 a.m. to serve paperwork. He said the man at the address insisted he wasn’t the person he was looking for.

“I told him could I get his name from him so we wouldn’t have to come back and disturb him, and he told me it wasn’t him and ‘get out of here,’” Cole said.

During the exchange, Cole said the man at the door pulled out a gun.

“I’m just lucky to be alive. I think he would have shot me if I would have been a little more pushy, but I just walked away,” Cole told 10News.

Cole contacted police, and when officers arrived, the man refused to come out of the apartment.

After about an hour, the man exited the unit and was taken into custody. Police did not release much information on the man, only identifying him as in his 20s.

10News spoke with some of the man’s friends, and they said it’s not like him to pull out a gun like this.

In an unusual twist, Cole said the man who answered the door was not the person who the documents were for.

Police are continuing to investigate the incident, but it’s possible the man could face a gun-related charge.