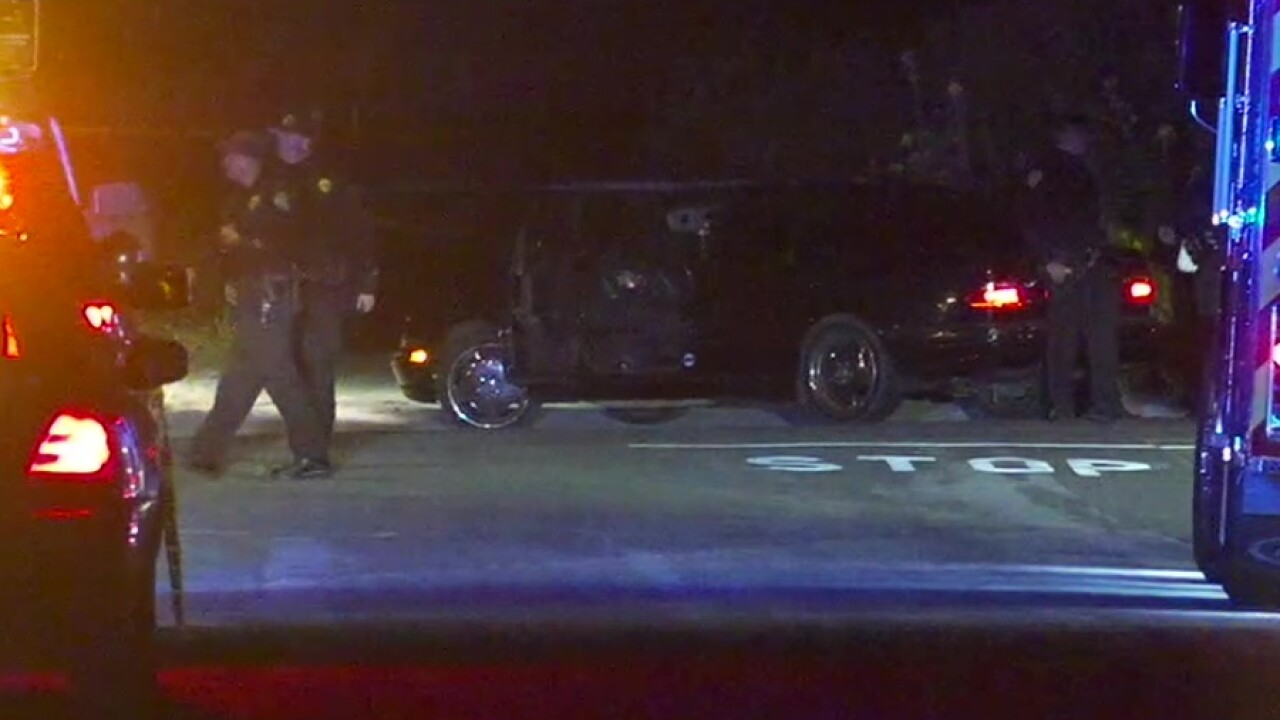 SAN DIEGO (KGTV) -- Two people were taken to the hospital late Sunday night after being shot inside a car in the Emerald Hills area, San Diego police said.

According to police, the shooting was reported just before 10 p.m. in the 5200 block of Lenox Drive, just east of Euclid Avenue.

Officers responding to the gunfire report arrived at the scene to find two injured men inside a black Mercedes-Benz sedan. One of the victims had at least one gunshot wound to the head, while the other man suffered a gunshot wound to his lower leg.

Both men were transported to the hospital, police said.

Police are investigating the circumstances that led up to the shooting, including reports of a dark-colored sedan leaving the area following the gunfire.