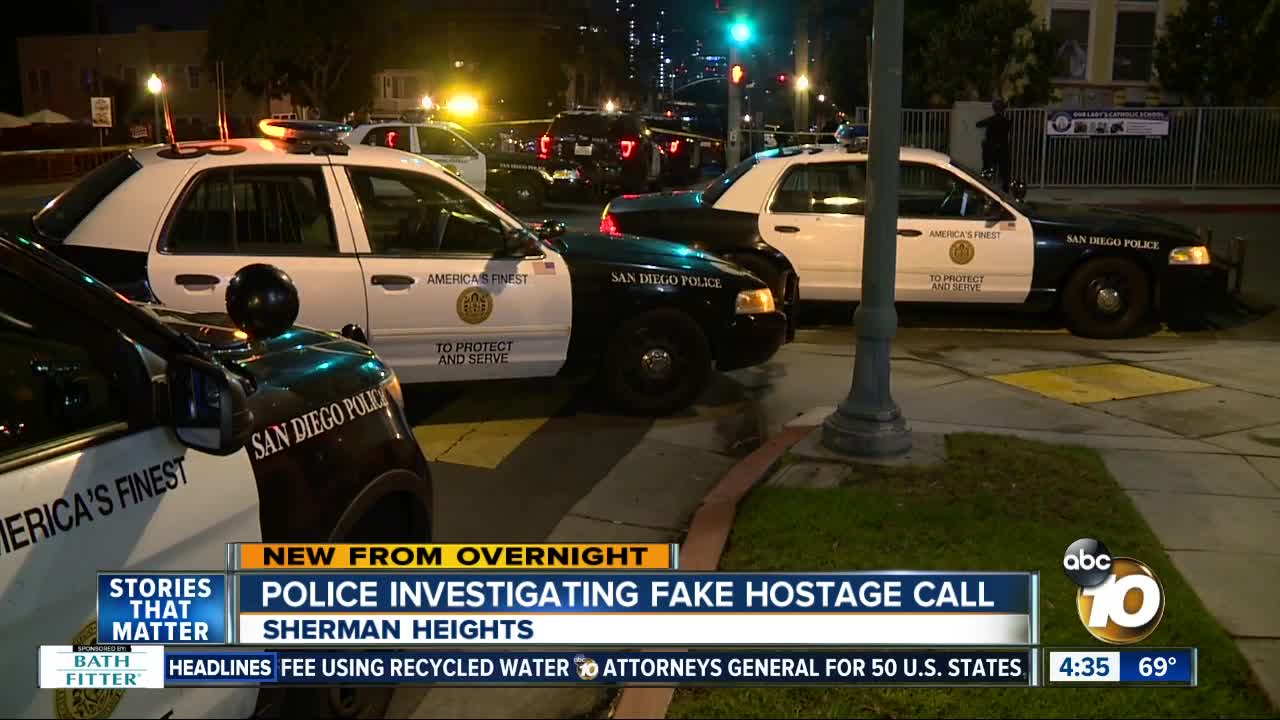 A person called a Domino's Pizza and claimed someone was being held hostage inside a home off Market Street and 24th Street.

SAN DIEGO (KGTV) - Police surrounded a Sherman Heights home late Monday night in response to a reported hostage situation, but the incident turned out to be a hoax.

San Diego police said a person inside a home off Market Street called a local Domino’s Pizza store and claimed someone was being held hostage at the house.

Employees at the pizza shop contacted police, and officers were immediately summoned to the home.

Police surrounded the house, but officers said there were two people inside and found that no one was being held hostage, thus ending the incident.

No arrests were made.